Order of Saint Lazarus of Jerusalem

The second order I picked was a much smaller order (I believe they only had about 30 knights at their biggest) and were called the Order of Saint Lazarus of Jerusalem.

These were knights from other military orders who had contracted leprosy but were able to keep in service (at least for the time being) and I thought they were be the perfect accompaniment to the force as it would be easier to explain why the secondary part of the army was so small - there just aren't many of them. I gave them a unit of mounted serjeants as well as you just can't have a knight without a squire. 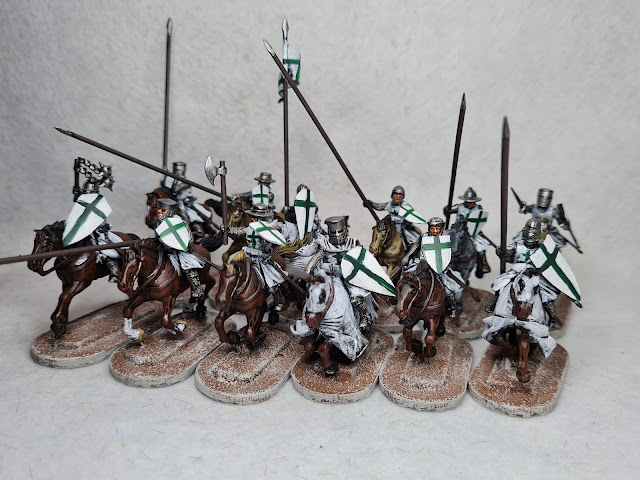 My research didn't bring up much evidence of what colours a serjeant for the order would wear, so I stuck with the same white as the knights. The knights all have enclosed helmets as befits someone in their condition. 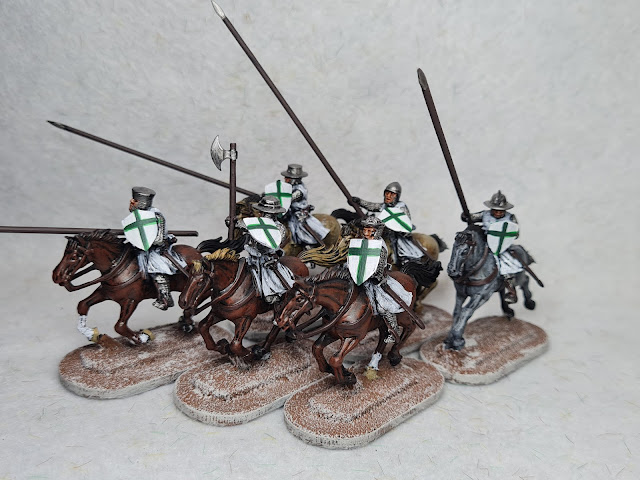 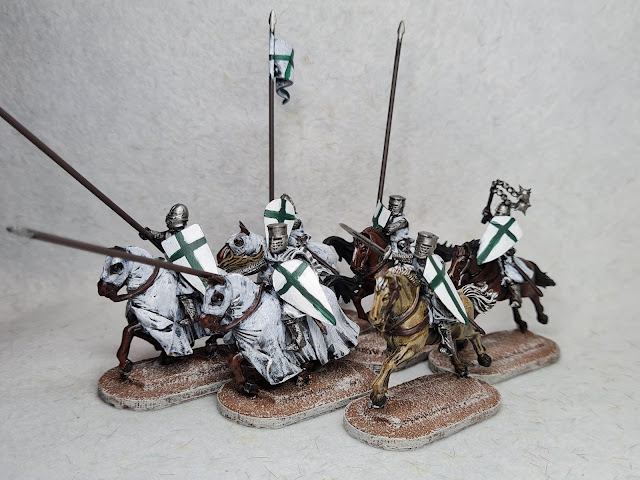 The Knights
Thanks for reading
Mike C at 19:28
Share