After a weekend fighting my own little gribblies and aware that my painting desk is looking as full as ever I picked an easy looking unit to paint before at full health I could go straight back into something more complicated.
These are what I picked: some more Heresy Miniatures in the form of the Terror Grub and Giant Slugs. I just need to put some thought into what the hell I plan to do with these now, and why I have the niggling feeling that I want some more? 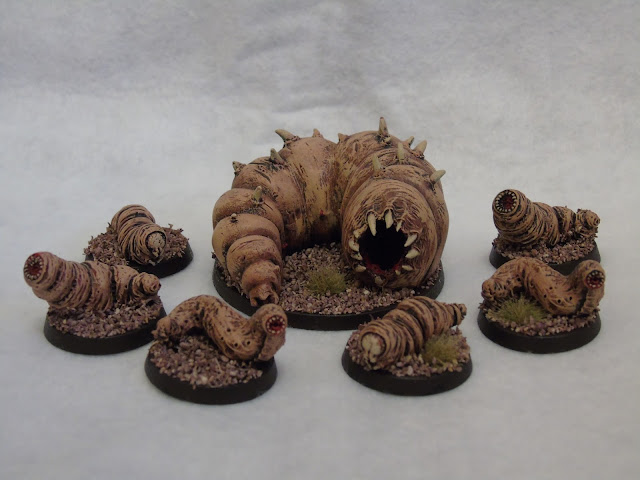 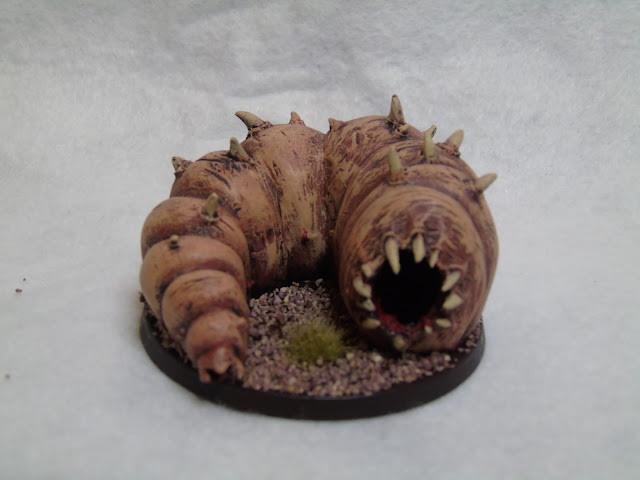 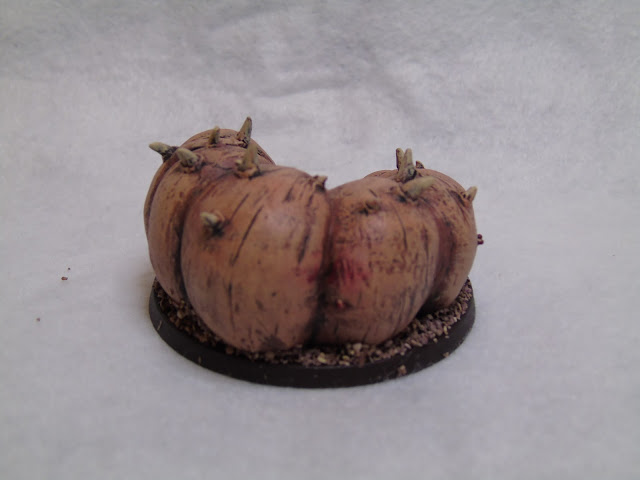 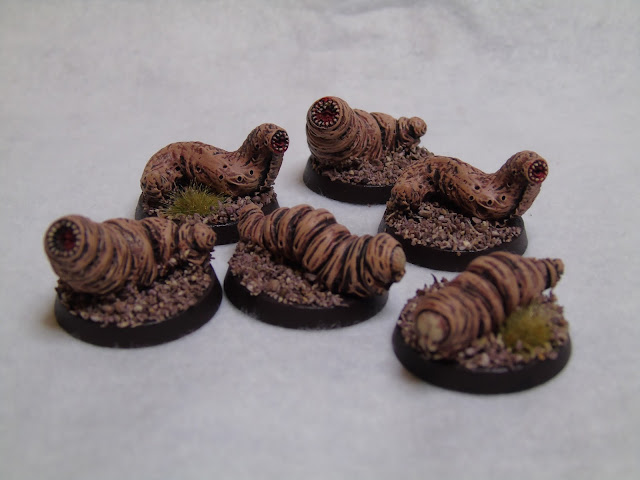 After another long, and particularly busy, week at work, the best thing to do on the weekend is to clear out your man cave (and the dreaded cupboard which is only held closed by mdf gaming boards leaned on the door) and sort it all out, no wait, that doesn't sound right. But it is what I did.
Now with a man cave that has a carpet, or at least carpet I can see again, I can get on with all those weird and wonderful figures that I bought without much of a plan for and put away to do later. This post is all about those. 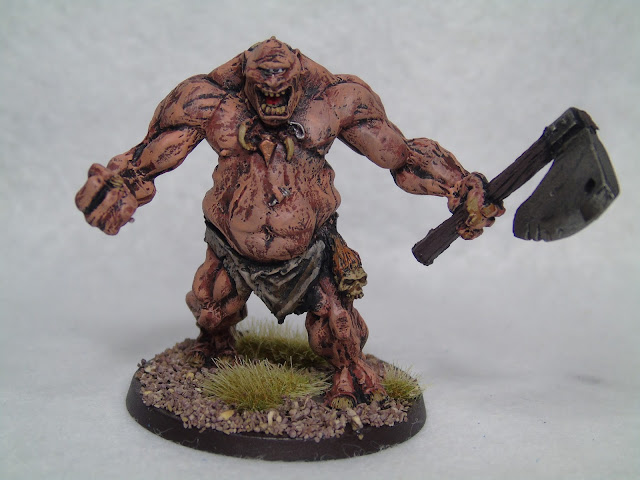 Back in 2014 (I think) I got involved in Heresy Miniature's Return of the Monsters Kickstarter to buy a big demon model, but as the kickstarter carried on my pledge level rose and rose, and then when it came time to confirm what the pledges were for I might have added a bit more, and added a little bit more since and just asked for the lot to be sent when the kickstarter was posted. All good and well, but that is 2 years of ideas and projects that I have completely forgotten about or moved on from. I picked up the first chunk of my pledge at Salute and promptly packed it away until I had time, but going through my cupboard means I have pulled out some of the models I really wanted to paint and the Cyclops above is one of those.
The Cyclops is one hell of a sculpt, he was one of the most enjoyable figures I have painted in a long time. There was a lot of gunk on the model (I assume this was the stuff that stops the model getting stuck in the mould) but once he was cleaned up, the casting was crisp and beautiful. Nothing on this model was anything more than a base, wash and highlight and I am really pleased with the result. I just have no idea why I bought him. 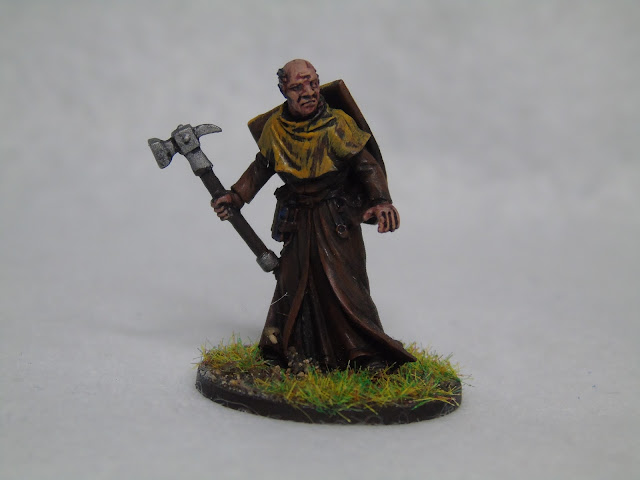 The priest was just an extra Andy from Heresy Miniatures threw in to say thanks for the pledge. As I already had one in my Open Combat/Frostgrave collection I decided to add it to my only other suitable army, my Lion Rampant force. I'm not entirely sure what to do with him in that force but he'll fit in somewhere. 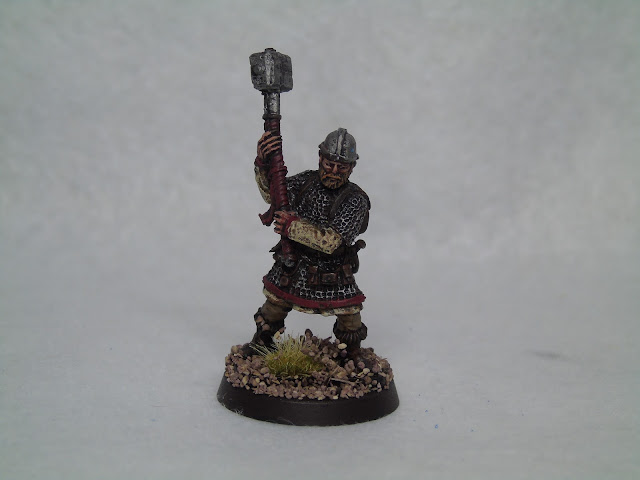 The Frostgrave Templar was, again, a free figure for backing last year's Nickstarter, but as I had painted up a whole load of Frostgrave figures I had run out of steam and had to put the rest away for a while to get my enthusiasm back. While I was painting up my Arthurian troops it dawned on me that I hadn't done anyone in my Frostgrave collection in anything like their colour scheme and this model seemed to fit the bill. 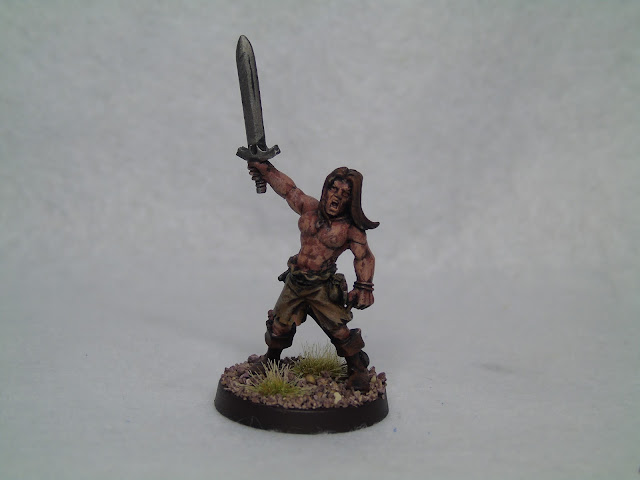 Another model from the Heresy Kickstarter, this one was for my Frostgrave collection and, again, one of the model enjoyable models I have painted for a long time. Something about the way Andy casts just gives great figures to paint, it's just the building of some of them that is daunting. 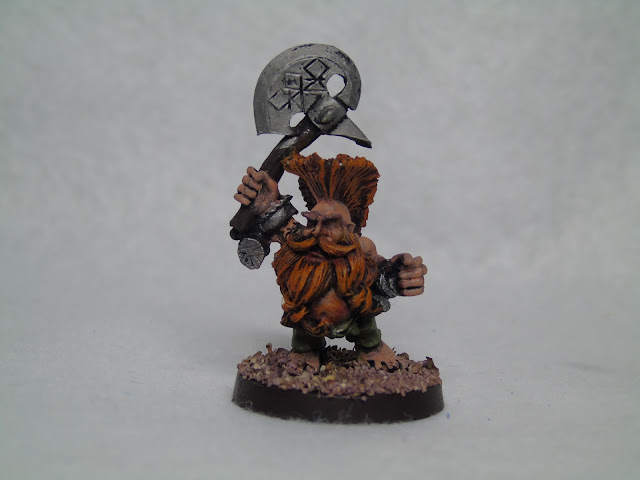 This is an old GW Dwarvish Troll Slayer that I started to paint probably 10 years ago (no idea where the rest of his unit went). All I have done is tidy him up and change his base, reckon he will end up in Frostgrave but I'm not all that sure. 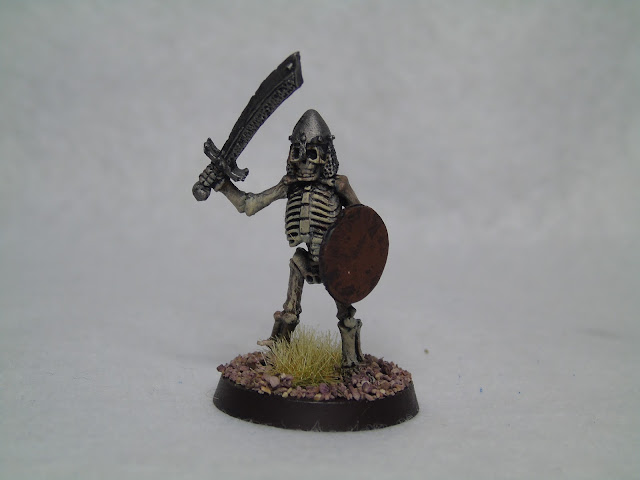 I think this is an old GW skeleton but I'm really not sure, I remember this guy floating around my bits box since my first trip to Salute in the early 2000's I think. He's finally been pulled out, given a shiny new shield and will be added to my undead force that went on the back burner but I keep meaning to add to. 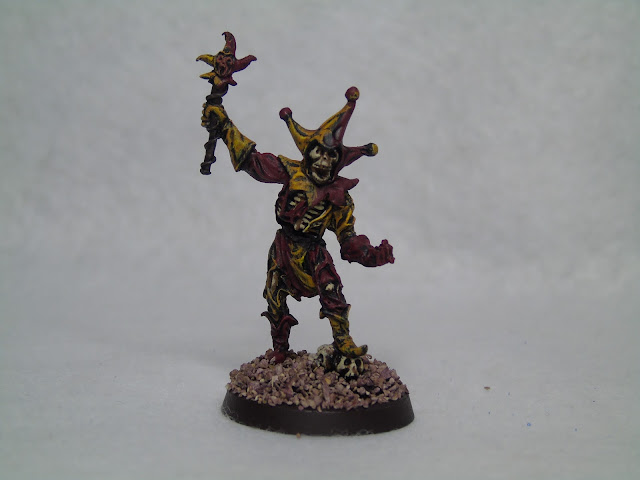 Last but not least, a Reaper Miniatures skeleton jester that was bought last summer as part of a big Reaper order with one of my mates. This guy has been sat on the corner of my painting desk since then, surviving every desk clear up but never getting any further than being sprayed black.

Time to get back to my real projects again I think.

One of the places I planned to have a look at while at Salute was 1st Corps Miniatures, I was very tempted to pick up a few bits for my VBCW force and I just wanted to see the kits in person, one bit of weakness lead to another and before I knew what was happening I had made my single biggest Salute purchase. Somewhere in the process of picking up VBCW vehicles, a medieval ox cart ended up in my pile and, still not knowing why I had bought it, I went happily on with my day.
As it was bought without a plan it went into my box of kits to do and I got on with more important things until a Warbases order arrived on my doorstep with, amongst other things, bases for carts, that settled it. I have painted it up to match my Baratheon themed Lion's Rampant force (my only vaguely medieval army) although in hindsight he would work just as well with my Vikings or British. 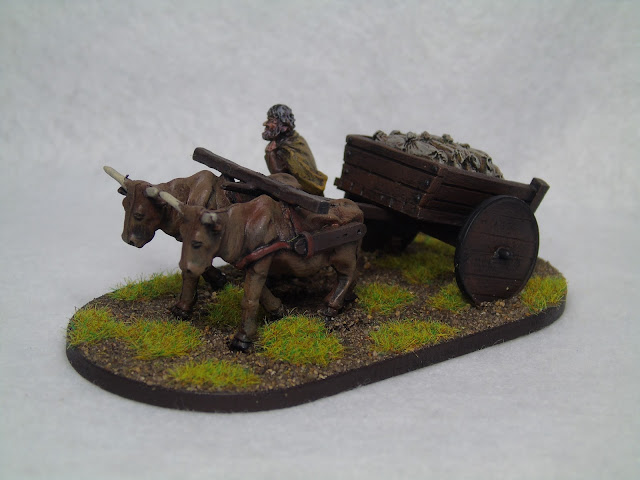 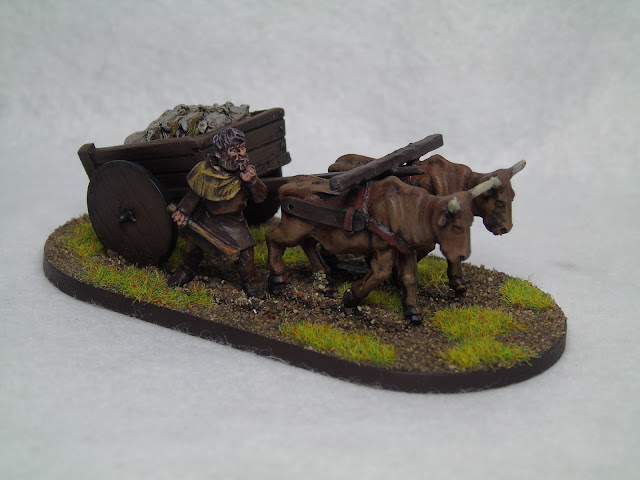