Getting On With The Crusade

In a last minute rush to get the game ready for the day I'd suggested it being played on I was painting the odd bits left at really strange times of the day and these were the end results. 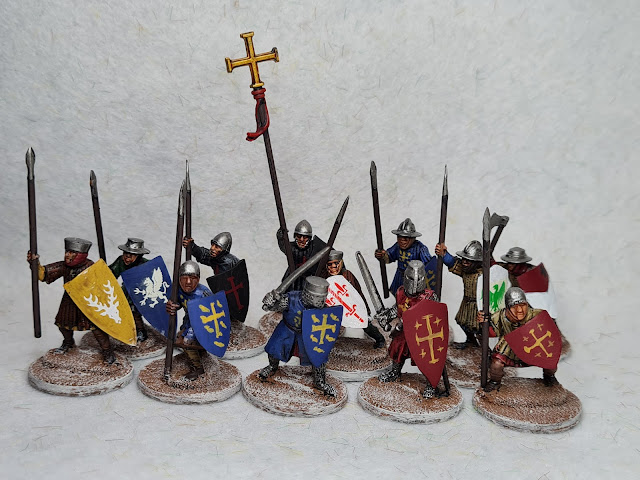 The foot serjeants. There is a mix of troops in here from the Knights Templar to regional troops. I put a baratheon in as the figures were left over from that project and it felt right, plus a few figures with the Cross of St Edward on for a similar reason. 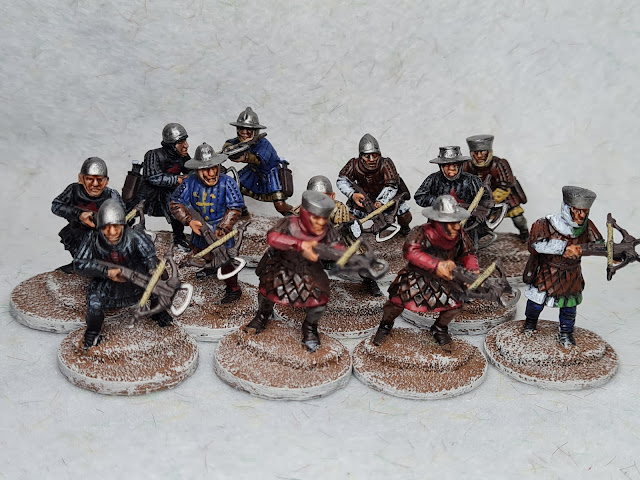 A unit of crossbows, painted in the same batches as the troops above. 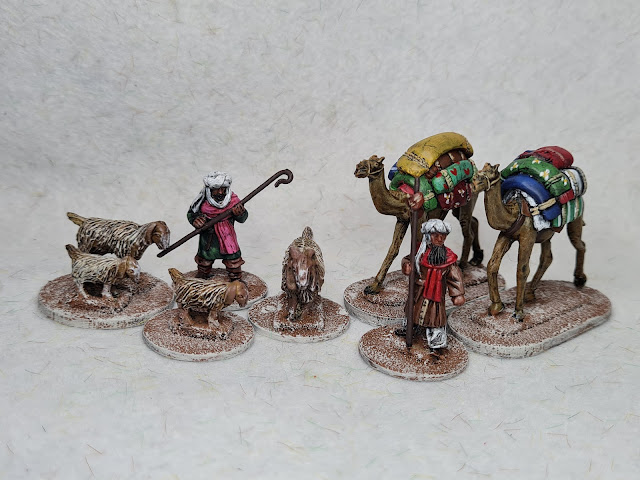 A shepherd with flock and baggage camels with handler for a bit of dressing.
I also painted up cavalry movement trays for this game as a test to see if I liked them and also because if there was ever a game I was going to need them in, it was this. Plus I made some stands of trees using cheap plastic palms from China, but they aren't a good enough quality to be subjected to being photographed without something else in the photo. 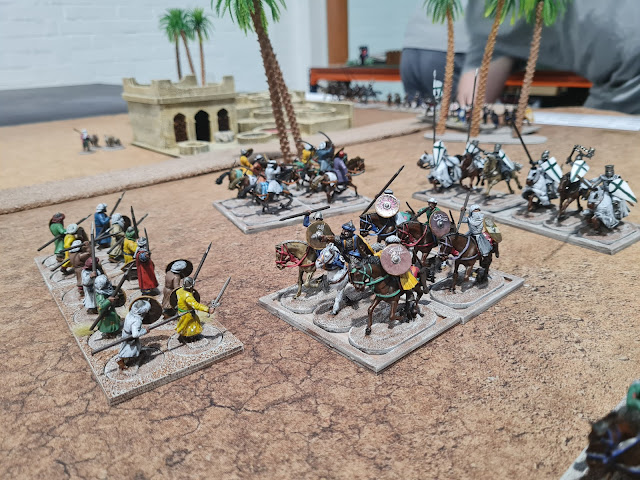 In the end we played two games with me playing as the Moor/Saracens both times, with the 1st game being a disaster that was over within an hour. Both armies play very differently and it was a really interesting match up when the Muslims managed to pass some order tests. 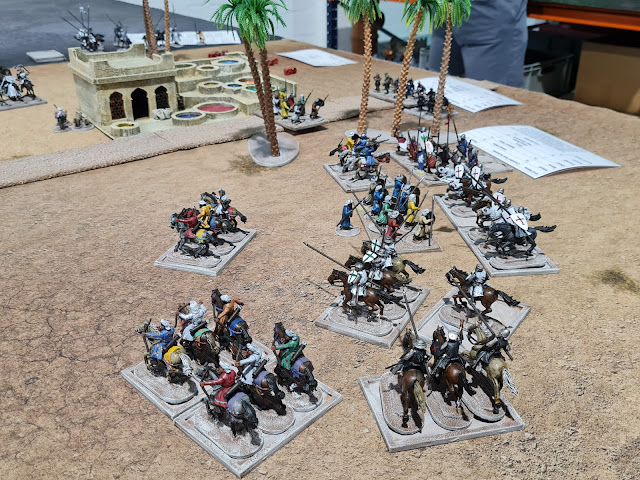 Thanks for reading
Posted by Mike C at 21:21