The Battle of Wattling Street (ish)

I've had a few weeks off from painting now, but I've managed to get one of my lockdown projects onto the table and I thought it was worth blogging about. As of (I think) Saturday 22rnd May, Wayland Games has reopened it's gaming side of the business to those who prebook a table, so on the first Wednesday after that, my club arranged our first proper club night since the start of March last year. In the end we booked 2 tables and had 5 members turn up, with one of the games being my attempt at a small version of the Battle of Wattling Street with Boudica vs Gaius Suetonius, with only the Roman occupation of Britannia at stake.

We used a modified version of Lion Rampant that I had found online and got playing. About turn 3 we noticed that there was something wrong with the modifications made and it was only on the drive home that it dawned on us what it was. The author had modified the test rolls to match Rebels and Patriots (so 1 ability score rather than separate ones for Move, Attack, Shoot and Courage) but left the morale rules the same as base Lion Rampant. While not major, this meant if a Ancient British unit lost 3 guys to the Roman shooting (pilums) they needed a 10+ on 2 dice or else they got a Battered marker. In Lion Rampant a Battered marker means the unit can do nothing the following turn but Rally, so the next turn they would be shot at again. If they lost 2 more guys they now needed a 12+ to pass, with anything below a 7 removing the unit from the table. As you can imagine, this got brutal quickly, so that the Ancient Britons only got to the Roman lines to actually attack on one occasion.

Suffice to say the game did not go well to the Brits, although the chariot unit did manage to wipe out a unit of Legionnaires with hit and run shooting attacks. We have some modifications to make to the ruleset for next time, but it was still a really fun game and it was great to see real people at a gaming venue to chat about games, plus who doesn't like seeing projects get onto the table for their first outing? 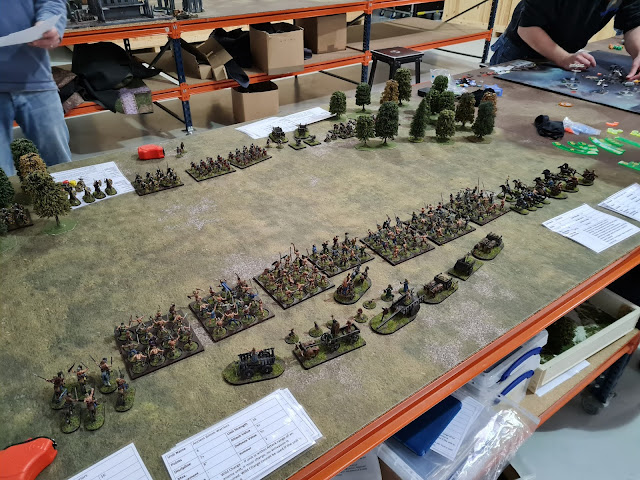 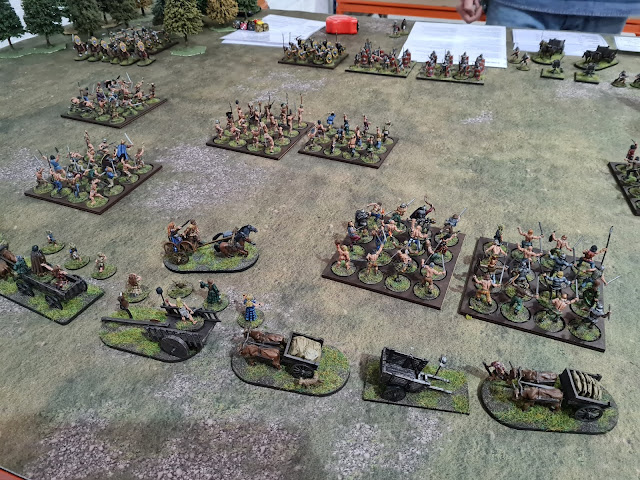 While I haven't managed to get any painting done, I did have a few bits for this project that were waiting on a varnish, so I thought this was the perfect time to add them to the bottom of a post too. They are from a few different ranges, the first wagon is from Fenris and I think has been on this blog in a different form a few years back, the Ancient Britons are Warlord Games and the Roman Wagon is from Warbases. 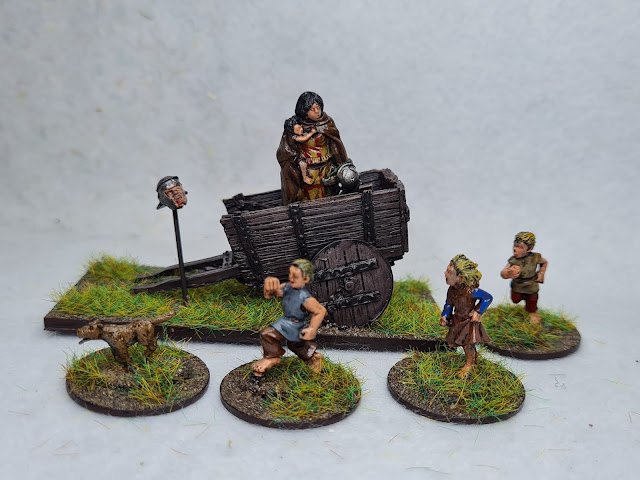 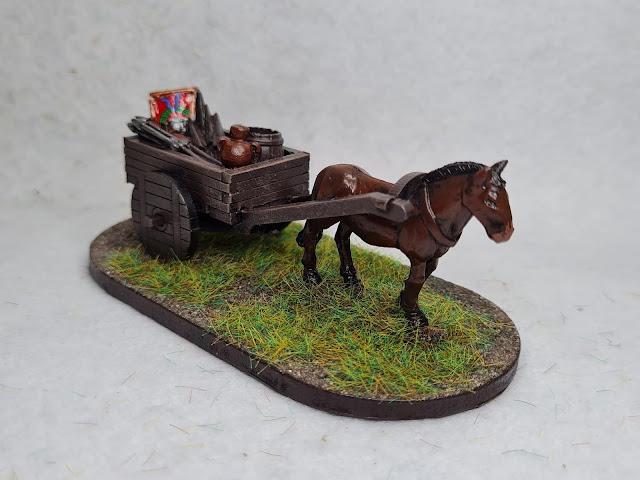 Email ThisBlogThis!Share to TwitterShare to FacebookShare to Pinterest
Labels: Ancients, Lion Rampant, Rome and her enemies 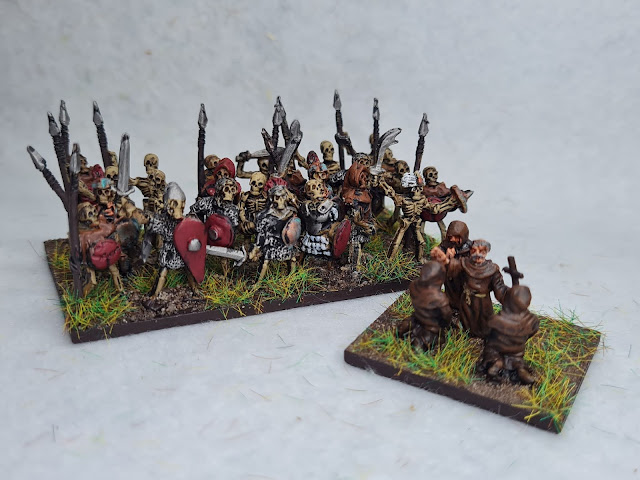 I've made a bit of a concerted effort to paint this week even though life has been pretty busy again. The lists I put together for a Middle Imperial Roman vs Undead Dragon Rampant game last week were small due to how cheap Undead units are compared to Romans, so while my Romans should be the priority, I decided to get moving on some Undead instead.

While I was mucking about I, also, painted up a unit of praying monks. Quite a few of the historic novels I've been recently have had mentions of the commander at the back of the field, surrounded by a crowd of aides to advise, religious people to advise and pray and hangers on just getting in the way and this is a lot of the stuff I want to start getting onto the board. These monks are from Essex Miniatures and are part of my first small order where I wanted to check scale with other ranges - figuring a stand alone side unit doesn't matter if it is slightly out - and while I mostly plan to use them in future Dark Age/Medieval projects, what I thought I could do with them for the short term was give them to my Middle Imperial Romans for their fantasy games. While I am aware that the Romans I am painting would be mostly pagan, in a fantasy world where the risen dead are shambling towards you, any divine favour wouldn't go amiss. 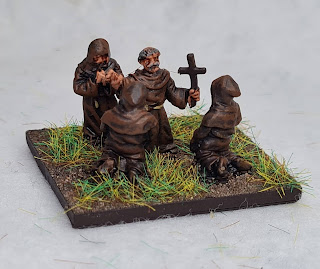 I've ordered the fantasy version of Sword and Spear, so that I can work out how to base up my necromancers for my Undead army, but I suspect it will be the same as I plan to do my captains for historical Sword and Spear.