Yes, the Dead ride behind. They have been summoned

As I mentioned in my last post, painting time and motivation has gone off the cliff at the moment but I've not stopped thinking about projects. One thing I keep thinking about with my 15mm Undead army is how to include a unit of ghosts/spirits to my ranks of risen mortal remains. A few companies do the classic sheet shaped ghosts, which I think look brilliant in small units like DBA/HOTT but ranked up I'm not sure they would work as well.

My next thought was to buy some normal troops and paint them as ghosts, so as I am reading a series set in the late Roman republic, I decided that would be a good era to buy figures from. The figures are from Essex and are a mix of their Marian troops including a pack of cavalry for variety. I painted the figures in my normal ghost colour scheme and spread them across 3 bases in what I hoped was a fairly even manner. 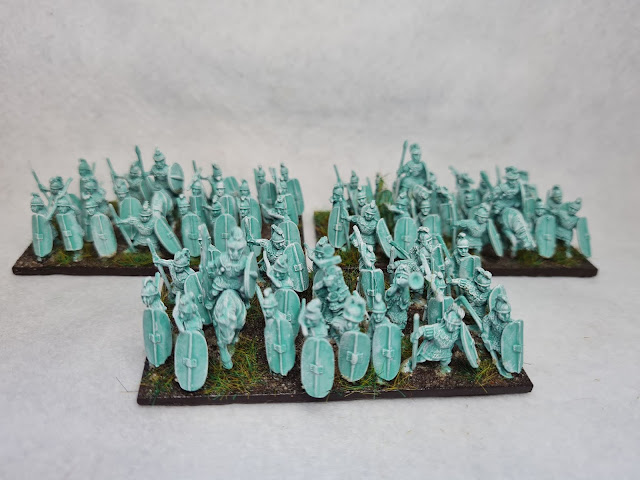 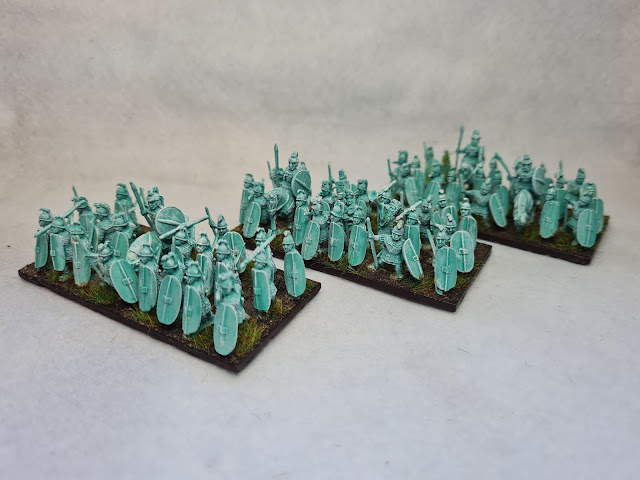 I could easily have just done a single base to test the idea out but there is always something about doing 3 units of any standalone project that I like and now they are done and based up, it has got me thinking about whether a whole army would be cool, but that is a project for another day.

I really could do with getting the necromancers done for this army now . . .

I've called this the Essex Regiment of Foote pt2 as its basically a rehash of a project from last year, so let's start at the beginning. Last year, I finally managed to get my ECW project moving and once the momentum had started, I found I really enjoyed it. It was a pity it only got onto the table twice, but with everything that happened last year, twice is actually really good going.

However, with my head currently thinking in terms of 15mm armies, ECW was one of the projects where it dawned on me that 15mm would make a huge difference. A regular infantry company of pikemen and musketeer wings takes up a lot of space and as I'd like both sides to have at least two of these blocks, 28mm on a 6/4 board looks cramped very quickly. So on a recent trip to Essex Miniatures (I was only going to have a quick look) I saw the ECW figures in the display cabinet and decided to sate my curiosity.

As this is the second time I've painted this unit, I decided to match both the officer's uniform and the flag to the 28mm version of the unit. I'm not planning on getting rid of the 28mm stuff any time soon, but if my idea is right, I think the 15mm might see more table time. Size wise, I've double the figure count from 28-15, so that I think the pike block looks more dangerous and less like a minor annoyance with 20 pikes vs only 8, while the full length of the unit is about half of what it is in the bigger scale. 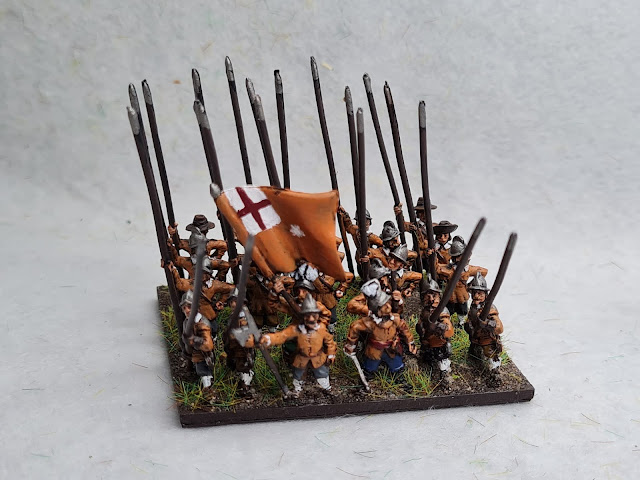 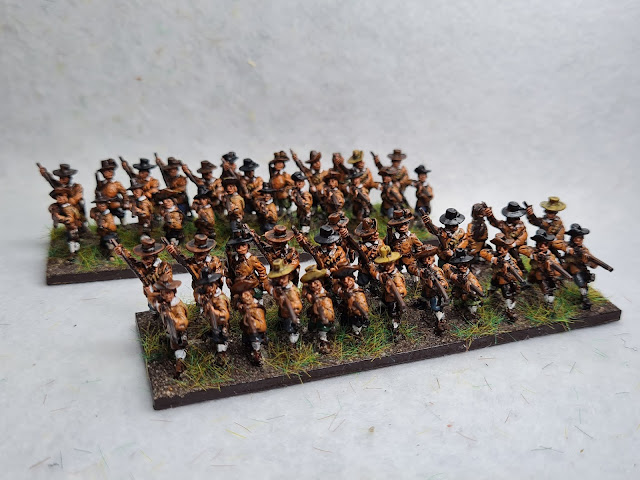 I really do need to focus on a single project again now, though.
Thanks for reading
Posted by Mike C at 16:15 No comments: