Following on from my Norman archers is a unit of Norman crossbowmen. For my Dark Age armies, I wouldn't tend to run two shooting units but both came with the Gripping Beast 4 point starter set (although I had to boost this unit's numbers for Lion Rampant) and I'm not going to leave them unpainted just because I have archers already, however, I have slightly more than 24 points worth of troops, so I can leave a unit out if I want to play a 'standard' sized game*.

*Although, we rarely do 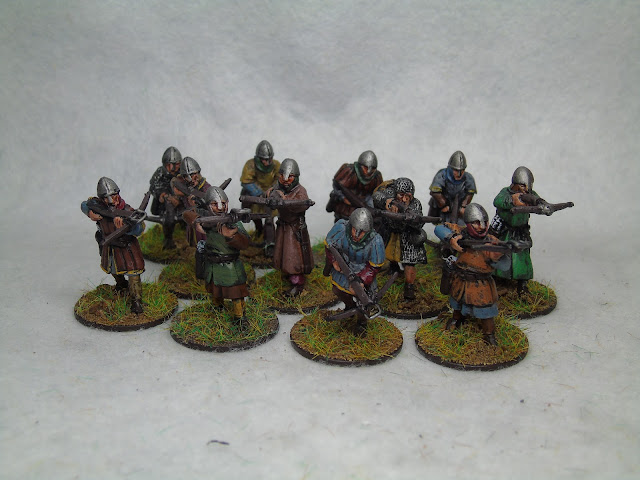 
I've been fairly busy lately which has slowed down getting finished units onto this blog, but I'm going to try and sort my game out and start posting regularly again.
First unit to post about are my Norman archers to carry on my Norman army for Lion Rampant / Saga. The figures are all Gripping Beast from their 4 point Saga starter box. They have been painted alongside my other Norman units in my normal batch painting method. 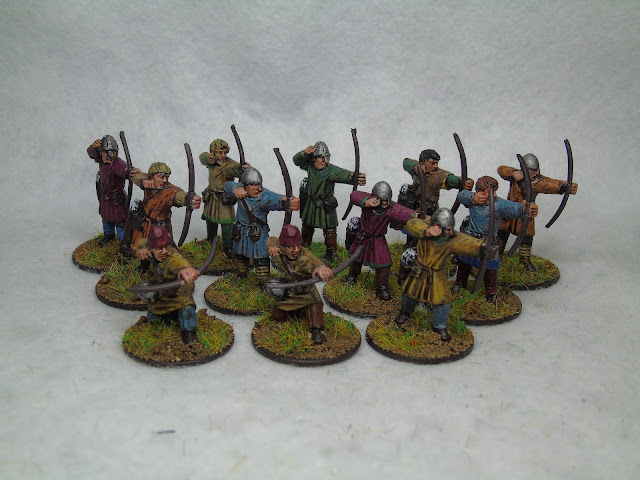 This is another of those cart before the horse posts but here we go. A month or so ago I placed an order with Great Escape Games to pick up a new gang for Dead Man's Hand and as I'd had the professor (definitely not the Doc) in my basket for ages, it seemed daft not to pick him up as well. The plan was then to do a post about the new gang and then to tag this on at the end, however the new gang is sitting waiting to be painted while this has been finished and made it onto the table. 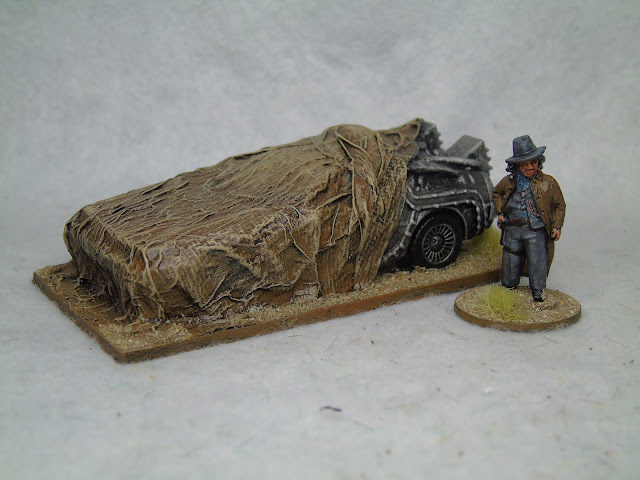 The professor is a nice contained little set, it has a bit of scenery and the mad inventor himself, but also comes with cards and 2 linked games to play out something suspiciously like a certain film's plot. So that's what we played last night. Sadly, in the opening scene where the professor is being roughed up and his plucky sidekick comes over to help, didn't happen in quite the same way and (we'll call the sidekick Matt) Matt was killed before he had even moved.
However, in the second scene, the professor, with help from the townsfolk, managed to stop his workshop being burnt down and defeated the bad guys, so all was not lost. Unless you are Matt.﻿ 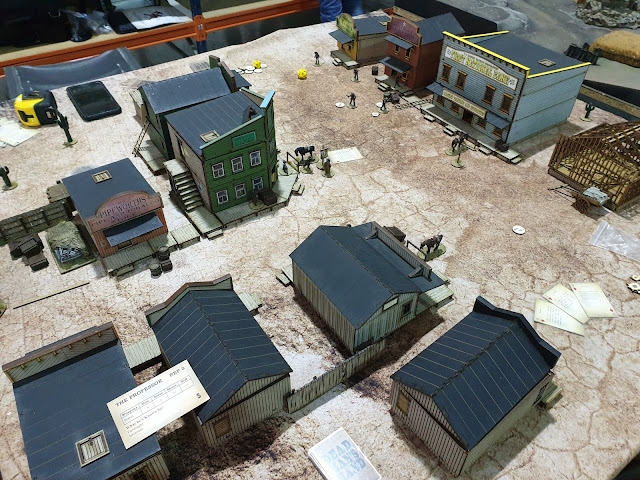 
Again, while I should have been getting on with the big projects (and I promise that I am) another small project that has been sitting on my shelf for way too long has managed to jump the queue. In this case, it is the rangers that were the reason I actually did the Midlams order, with the gnomes, earlier this year.
The idea behind these was that I could play a themed warband for Rangers of Shadowdeep, Open Combat or Frostgrave but I'm now also thinking of adding my other two rangers and using them as an elite unit for Dragon Rampant as part of my 'Baratheon' army. Either way, it'll look like a good little unit for fantasy games.﻿ 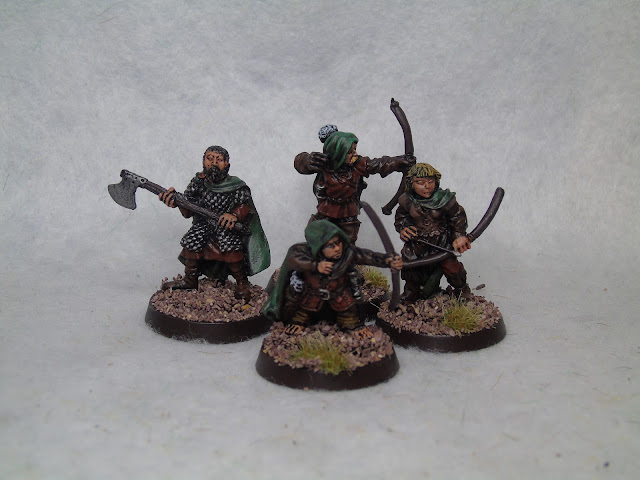 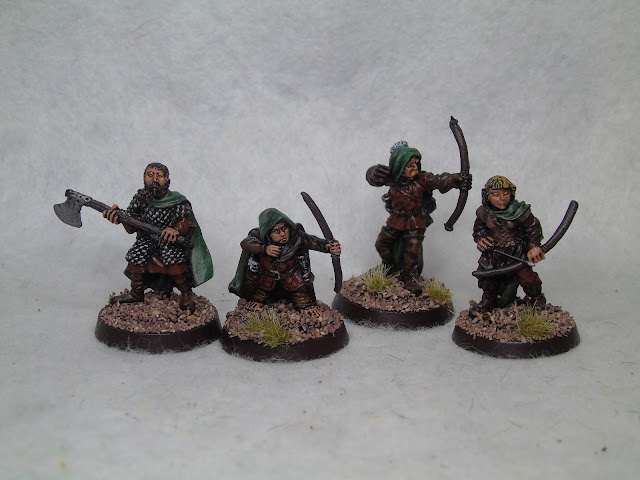 I had been putting zombie figures aside all year in anticipation of the fabled Zomtober, but I decided just before the event that I didn't want to commit myself to the rate of painting required and instead I would paint a zombie whenever I had an idea for a colour scheme or I just fancied painting one*. This didn't turn out to be many.
Mainly, what it turned out I fancied painting was the spare zombies from the Walking Dead: All Out War sets, I'd picked up but that had fallen by the wayside. I keep meaning to buy more packs, but the price for 3 figures keeps putting me off by the time I have a few in my basket. We'll have to see what next year holds.


*I couldn't miss out of the fun of Zomtober entirely 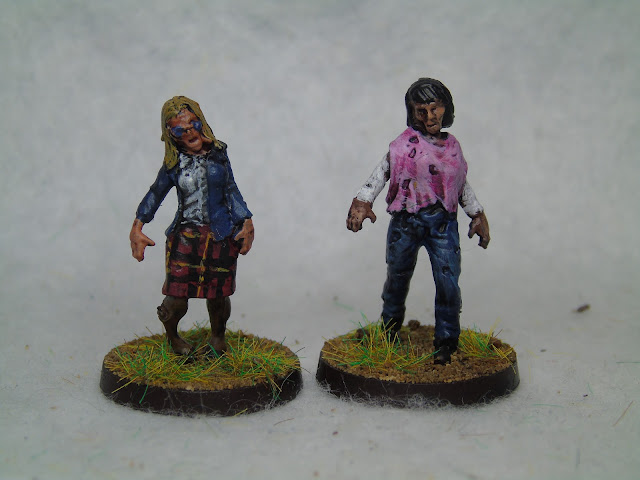