A confession of weakness

This is going to be a quick post to show what I have been up to recently and be a bit of a taster of a project I hoping to finish over the next month or so.
This building is the first bit of scenery for (and I particularly blame Sir Awdry for this) the Batman Miniatures Game, that I have got to a sensible point. I have a few more details to add to it, but I want to add them once I have a few under my belt so I can spread them out a bit better.
The building is a small block from the Sarissa Precision city block range, with a couple of extra floors to give the board a bit of height. The gargoyles are from the Knight Miniatures range just to make it look a bit more 'Gotham-y'. 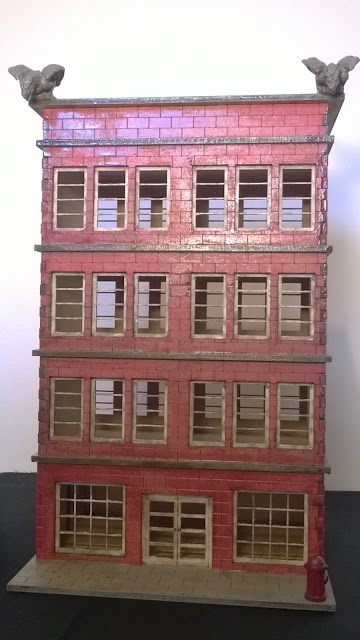 Lastly is the Frank Miller Batman that I painted a year or so ago. Weirdly, he isn't in either crew(?) that I have planned to play with my mate, but I thought he looked a bit more natural outside this building than in the terrible photo I gave him last time. 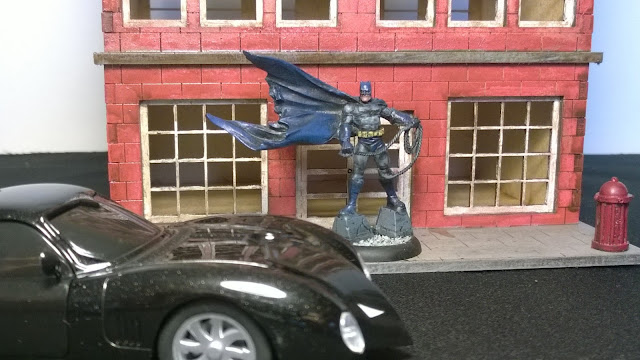 A few years back while I was getting back into wargaming properly after finishing uni, I found myself building a space marine army and wanting a fleet to go with it. Instead, I got distracted, joined a gaming club and left most of my GW stuff in the rear view mirror, as new projects were so much more interesting. Then I decided at the start of this year to pick up the idea again to make a properly slow burn project out of it, buying a ship every month of so whenever I saw one cheap enough, putting them into storage until I had enough to get going with.

So here is my space marine battlefleet gothic fleet for the Aurora Knights chapter. A Battlebarge, three Strike Cruisers, a squadron of Firestorm Frigates and a squadron of Cobra Destroyers. That should keep me going for a while. . . . 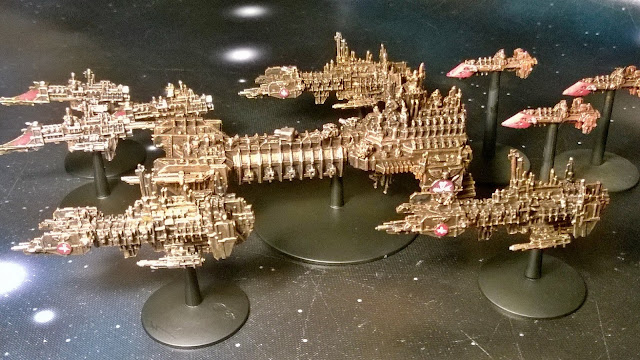 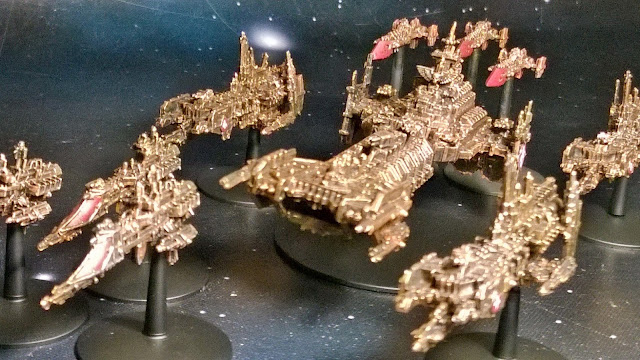 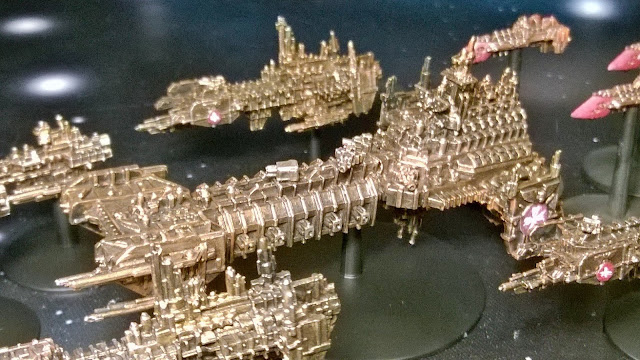 The battlebarge, the big beast of the fleet. As it's the only one the chapter has (I have fluff and everything for this chaper) I figured it would be best to upgun it with extra turrets from a sprue I'd picked up somewhere or other. 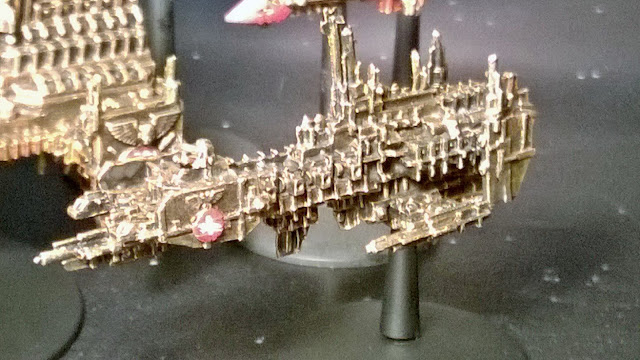 One of the Strike Cruisers. The work horses of the fleet 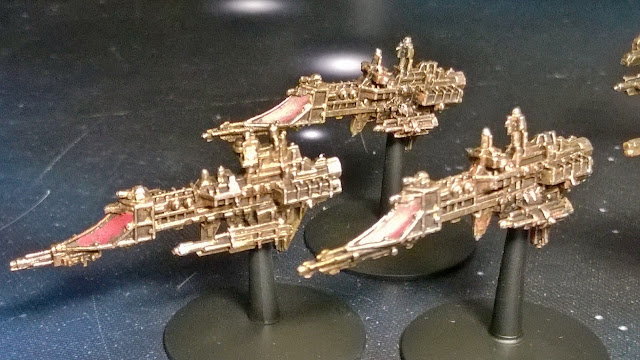 The Firestorm frigates. I'm really hoping these ae going to have a real pumch.

Email ThisBlogThis!Share to TwitterShare to FacebookShare to Pinterest
Labels: BFG

As the title suggests this is another post on a model church, but unlike parts 1&2, I thought I would try something completely different, I wanted the quint essential English village medieval church; 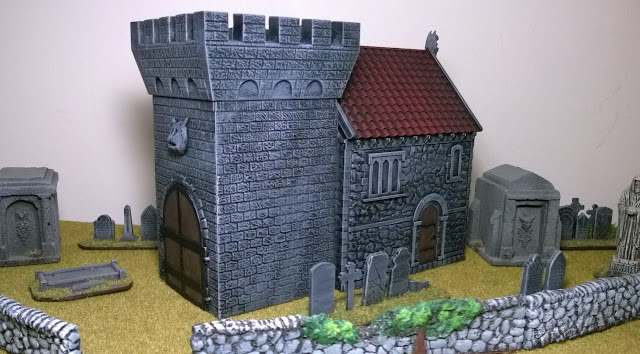 First thing first, it turned out slightly more fortified than I had planned. I had this idea in my head (which it largely kept to) and it wasn't quite this fortified, but I have been reading the Anarchy series of books by Griff Hoskin and quite enjoying them, and for all the faults the books have (don't make me start listing them) the one idea that really stuck in my head was the idea of the lord making sure the church was more than just a religious site, it was a military refuge for the villagers. You make it strong enough to hold out until relief and this one is very much looking like it could do that. 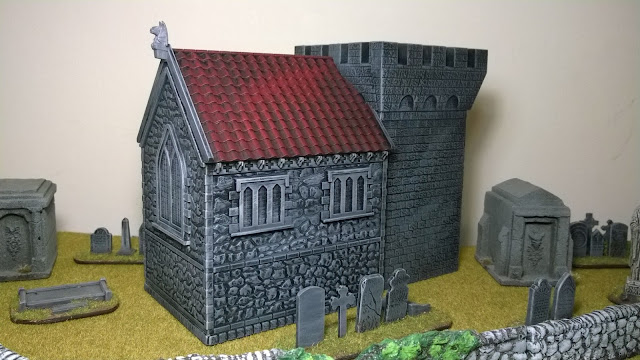 The model is made up of two main parts; The tower was a plastic kit that I picked up the year I first got into the hobby and I'm not even going to try and work out how old that makes it and as such I have no idea about the company. The chapel itself is from the Tabletop Workshop range and is a much more recent addition and was a monster to try any sort of conversion work on. 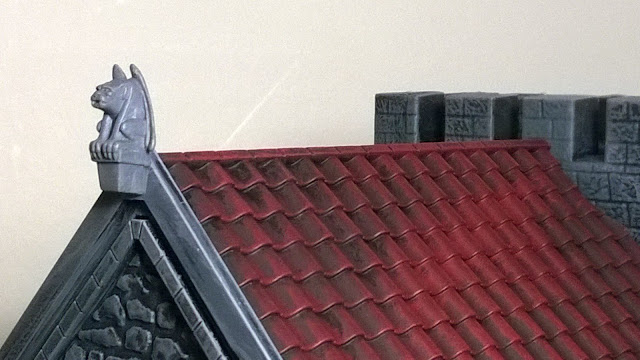 The gargoyle on the back is from an old GW kit, I've got a bits box* that would make a grown man cry and this was one of the gems it spat out at me this time. 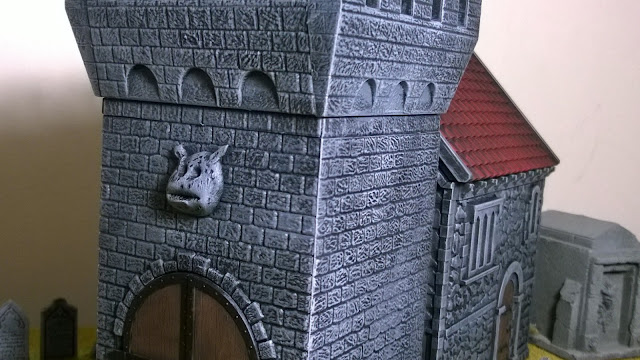 While the gargoyle? on the front is probably my first attempt at doing any modelling with greenstuff and has been on the tower since I first made it and I just couldn't bring myself to change it. Who knows what sort of evil spirit that face is keeping away, personally I think it is doing a good job.

So in conclusion; While the building does look exactly as it is, a tower and a chapel, that isn't uncommon for this period in history, towers are expensive afterall. Overall I am really pleased with how this turned out, it has been sitting in the corner of my mind demanding to be built for quite some time and now it is out there and the lift music can start again.