After my first couple of play throughs of Rebels and Patriots we both decided that 24 points was a tad small a game - with 5 units for the Union and 4 for the Rebels there just wasn't quite enough movement, so for our next game we decided to up it to 30 points, which would be an extra unit a side.
While I had a spare infantry unit I could give the Union, I only had a spare cannon for the Confederates, and this turned out to be a big deal. The photos of the game are on SEEM's blog but suffice to say, 2 cannons on a single side, did turn out to massively uneven and won't be repeated, but 30 points did make the game work much better. After the game I managed to get lucky and pick up the 12 figures I needed, rather than buying in sprues of 5 and added them to my to do list.
These should make for a much more interesting, and even, game in the future as I am really enjoying this set of rules. 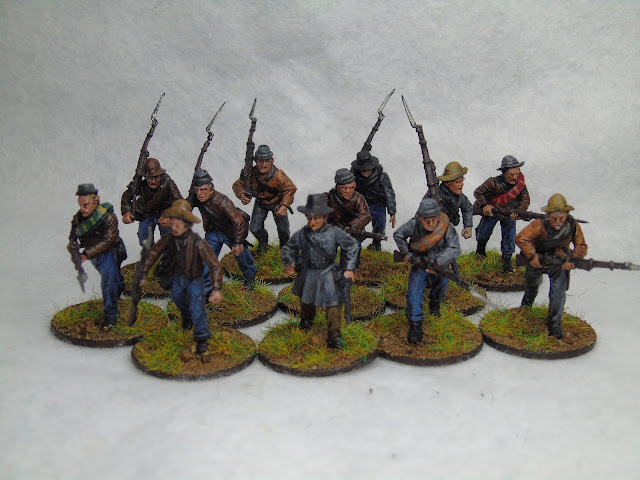 We need to go faster!


While I have a tendency to meander between projects, both old ones and new shiny ones, being on a 30k podcast is meaning that I can’t let a month go by without some Heresy hobby to show for myself, be it something painted or a game played. I had played so many games of 30k in March and early April that I had enough to split between two episodes’ hobby sections*but with May’s episode just around the corner, I realised I had nothing lined up ready**, so at the weekend I organised a game with the of the other guys on the podcast and I got the superglue out and got building.

*We recorded March’s episode late and April’s early
in an attempt to get somewhere like on track.
**Too many other distractions


The first model is a Sicaran battle tank and is the second such tank into my collection***. I am writing progressively more fast attack orientated lists, so the Sicaran (being a fast tank in the fluff) fits the theme, but gives me some AT/AA and a solid fire base to allow the rest of my army to get where it needs to go. I’d had this sitting in a box for a while and it was really nice to just spend a day building and painting a single model in front of the tv.

***Being a massive fan of redundancy is my lists 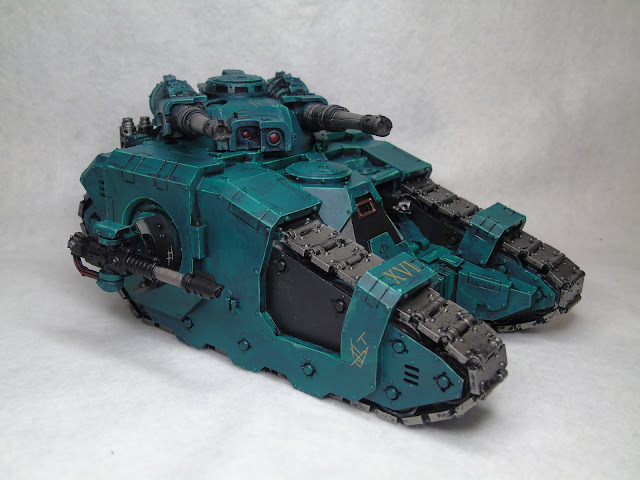 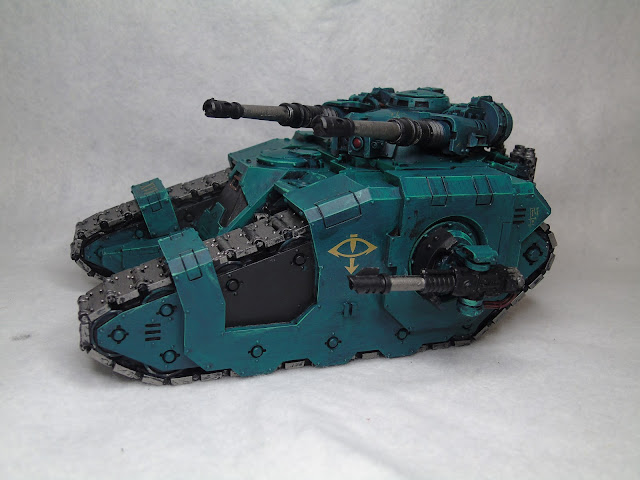 The other models that I ended up working on were another pair of Legion Outriders. I got my initial two minimum squads ready for the last game I played and really enjoyed using them, but the squads were way too small. I’ve since used these in my squads and while 4 is better, a single loss still causes a moral check, which is a massive weakness, so I need to bulk them up to 5 man squads in the near future. Having two fast squads of plasma toting marines is really good fun, there is nothing like watching an opponent's face when that elite squad that is out of harm's way, is all of a sudden taken off the table by a threat they had forgotten about.
I've also said it on the podcast and I will continue to repeat it, but, I genuinely think outriders with the Sons of Horus rules make the best outriders in the game****, as with plasma guns on the front shooting at a marine squad within 12 inches they hit on 2's, rerolling 1's, then kill on 2's. My 4 man squads were happily killing 7 or 8 marines a turn and the rerolling 1's to hit not only helps inprove their hit rate, but lowers their chance of overheating and killing themselves. Whats not to love in that?

****At least before adding Rites and Primarchs etc 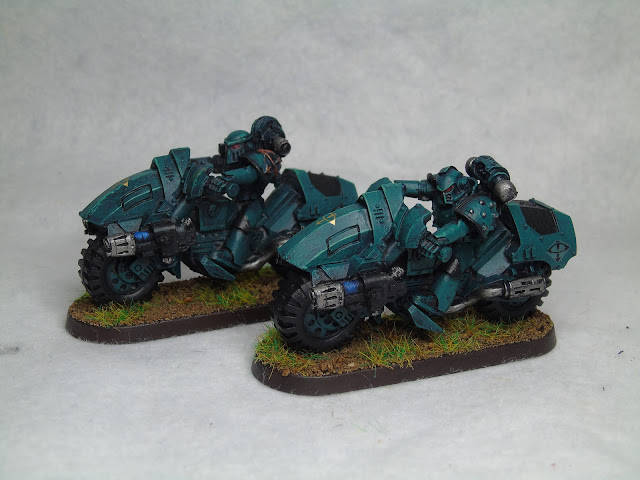 Another link to the Mournival Podcast in case anyone needs it - sound issues have now been fixed from episode 2 onwards.


This post was due to be on something else that I finished recently, but as I was writing it, I realised it would have been the 7th different project post in a row, which even for a butterfly/magpie like me was a little bit over the top. As the last post was about Gangs of Rome, and it is a project I want to get finished, I decided to spend the weekend getting some painted*, so I could post about that next, instead.
As the figure pile for my Gangs of Rome project is fairly small, I decided to do all of them in one batch of the same colour**, in this, light blue. Everything was ready built, having been on the shelf next to my painting desk for a fair few months at this point.
*Amongst other things 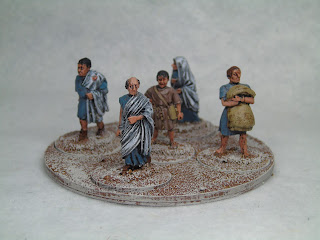 The last base of mob that I needed to get painted. Like the last 6, I bought the deal that got me the full amount needed when the game first released, then added some Foundry Roman civilians into the bag, so I'm not 100% what model is what anymore. 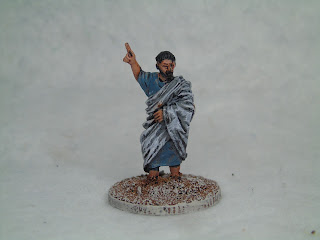 Again, when the game first released I knew there were scenarios that needed a VIP to defend, so I bought two would be senator models as I wasn't sure if both sides would need one. It was about time he got painted up. 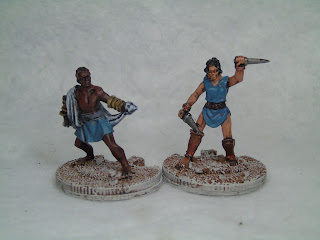 My last two named fighters, Maximilianus and Anethencia. I might go back over a few of my plainer fighters in the future as I have seen loads of really nice patterns painted onto their tunics, but I have to feel a bit braver to do so. 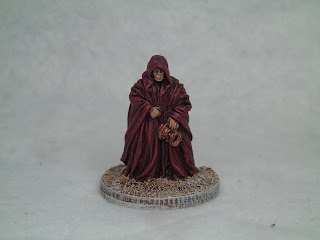 Lastly, the Agente which was a figure I bought without knowing if I would get the card needed to play him in my fighters but knowing I really wanted to paint one up.

I still have at least 3 buildings to finish for this game, and I really want to get it to the table more, so this isn't the end of the project, and I still need to get a bow equipment card, so I need to justify that postage . . .