The very first army I ever bought for the purpose of wargaming was an Eldar army. My colour scheme was bright yellow, white face plates and bone guns, so they blurred into a mess of bright. I used the army for years until the Daemon Hunters codex came out and became popular at my club at which point my Eldar army started getting tabled really quickly every game and I swapped to a Chaos army.

My Eldar have been repainted and restarted so many times over the years but I've never been happy with the colour schemes I've tried. The recently I had an idea on how to modernise the old yellow scheme. The guns would need to go black to give the model some real contrast and this might have been enough, but I had the idea of making the uniform shift tone from yellow to orange. The yellow is just Iyaden yellow Contrast over Wraithbone and the orange is 2 layers of wash, one starting at the elbows and waist going down, then the second starting at the knees and wrists, also going down, to give the impression that it gets darker as you go down. 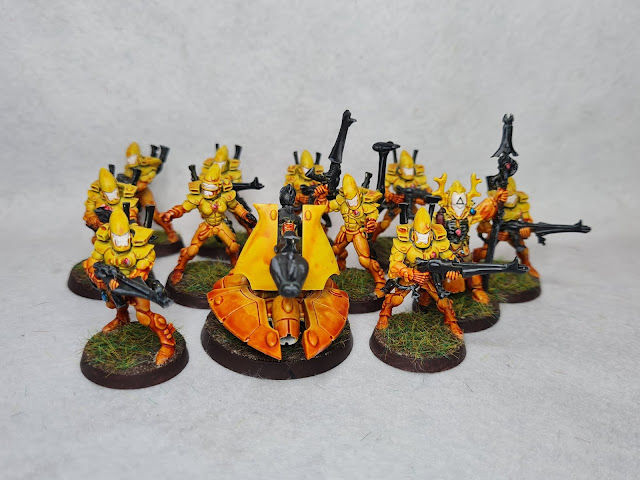 In hindsight, I think the weapon platform needs something on the big flat yellow area, but otherwise I'm really happy with the project.

I've said it before this year and I'll say it again, smaller scales are starting to fascinate me. The idea of playing those big famous battles basically one for one and seeing how the tactics worked (or didn't) just feels like an area of the hobby I don't see enough. I've basically fallen in love with 15mm but have hit a bit of a painting block on it as you really need to finish a unit in a sitting or at least be able to leave stuff out between sessions. Then I saw Mark Backhouse was writing a 2mm game, which inspired a few companies to start doing blocks of 2mm armies, while I'm unlikely to buy his rules, the figures do interest me.

At Salute I picked up 2 bases worth of Roman Legions and an Alae of Roman Cavalry* (although I bought the wrong base size for the cavalry) and decided to give the idea a test.

*and some buildings but that's another story 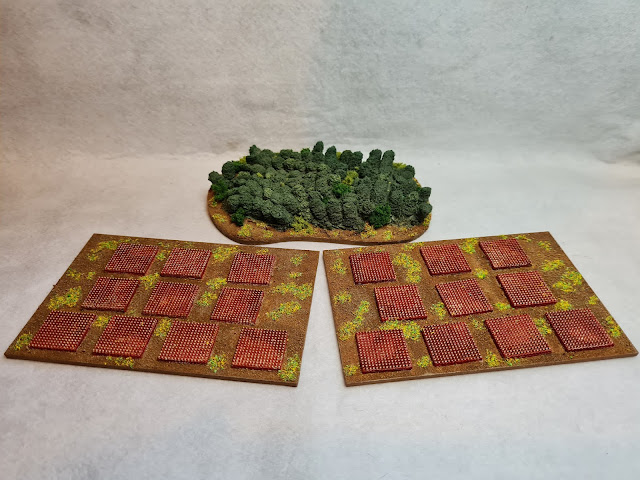 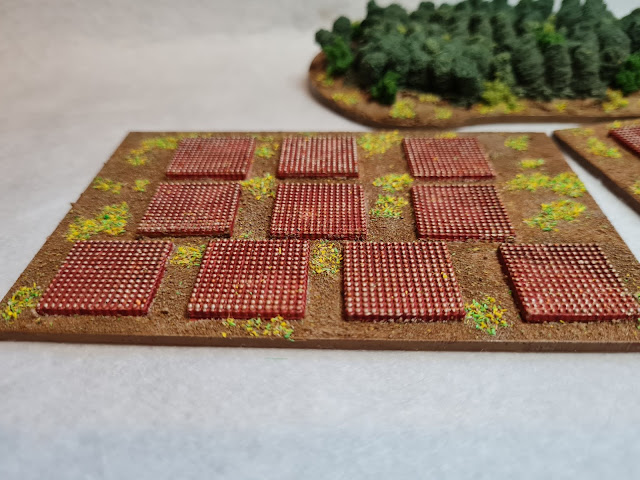 I also wanted to test some of the terrain ideas that Mark has been using and the cheapest and quickest was forests made from bath mats. Actually really impressed with it. 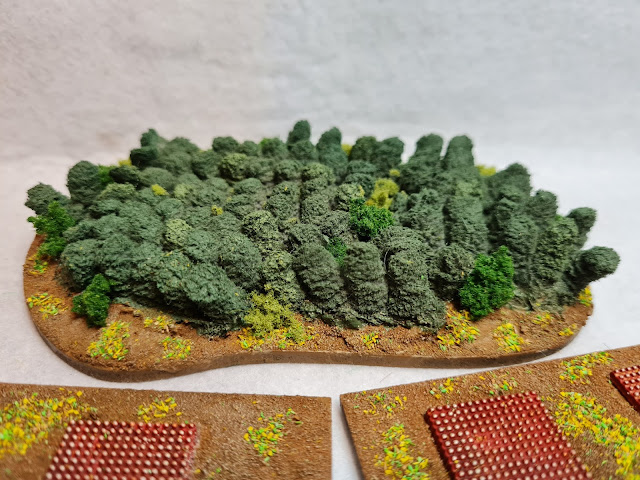 I'm not sure how quickly this project will progress, I need to do a bit Warbases order before I can carry on but I've been really impressed. With very little work I can get two massive armies on the table to try out ideas.

Email ThisBlogThis!Share to TwitterShare to FacebookShare to Pinterest
Labels: 2mm, Ancients, Rome and her enemies

I am pretty confident that the next few posts will all be the first units of a series of different new(ish) projects instead of me actually getting on with something useful in my limited hobby time. The first of these new projects is a Necron army for 40k. I've said before and I'll keep saying it, while I don't play 40k a huge amount - normally a small game or two a year with someone who is thinking about getting back into it, the universe has a grip in my head that I'll never get rid of and I like the idea of having armies ready in case I ever fall into a group that does play it regularly.

But why Necrons? Honestly, cheapness and speed to paint. I've got so many projects where units take ages to paint, and I like the idea of one where I don't need to think a whole lot while I'm painting. Plus I can box them up when done and due the cost of the figures (mostly the other halves of other people's starter sets and magazine freebies) I'm not going to cry about how much money is stored in those boxes if/when I don't use them for years.

The first finished batches are a unit of Necron Warriors - although I think my basic unit will be boosted up to 20, a Necron Spyder (the only thing I've bought in separately from GW) and 5 packs worth of Necron Scarabs. There is nothing too special about the colour scheme, as I have gone for a dirty version of the classic metal and black, however, I've been using the technical paint Tesseract Glow for the green bits and that pot is what's making this project work. 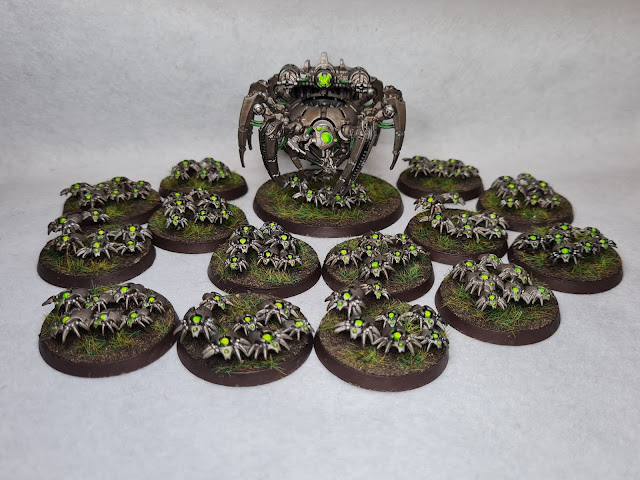 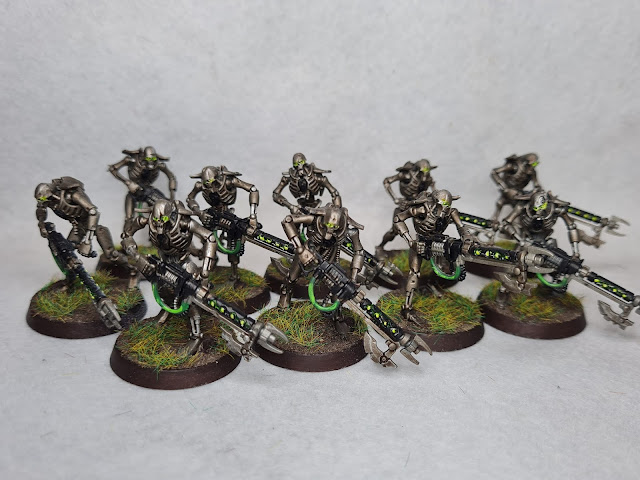 Next time, something completely different.