A bit of a mixed post and its not how I planned to blog about these vehicles but as I finished them at the same time, I thought I could make a point of them. 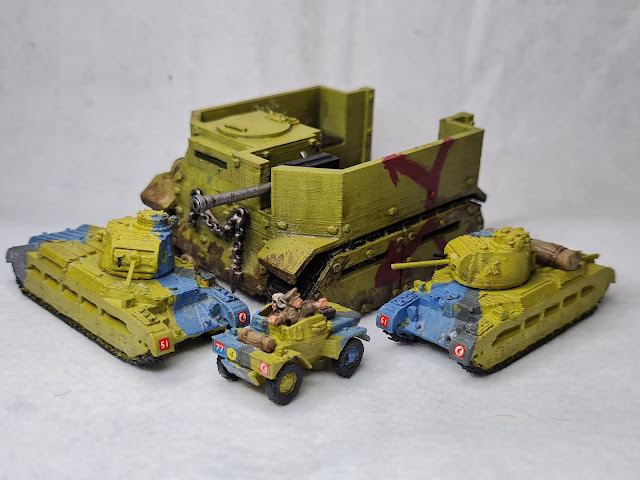 The 15mm WW2 British vehicles (2x Matilda and a Daimler Dingo) are from Butler's Printed Models and my first thought when they turned up still attached to all the supports was that I had completely wasted my money. There was no way I would get the supports off without ruining the models, so I dumped the box in a pile of other stuff, leaving the decision of when I would just call it a bad job and throw them out to another day. It took a few months before I decided to just take a pair of cutters to them figuring they would probably end up in the bin anyway, so I couldn't really do any damage, but to my surprise the supports came off fairly cleanly if you just pulled them.

I'm pretty pleased with the end paint job although the next lot I do will have more of the blue and grey camo to them. 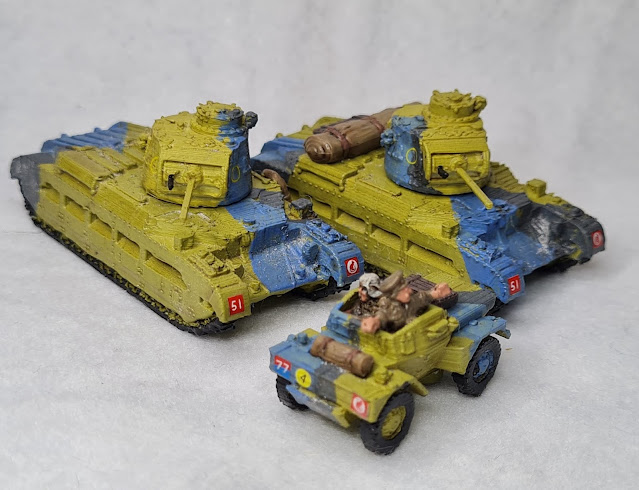 The next thing was a bit of an experiment. I've got a new-ish project that's been floating about in my head, but one of the main criteria for it was cheapness. The project is a 40k traitor guard army but I wanted to use as few STL Imperial vehicles as possible, and make those I was using look captured but this meant I needed a source of alternative 40k vehicles that weren't going to blow the bank. I found a shop on Etsy called Culverin Models which looked like they fitted the bill, so a quick test order placed and I was away.
This vehicle is called a Boar troop carrier and it seems to be a 40k version of a Universal Carrier, in my case I plan to use it as a command Salamander. I chaos-ed it up a little bit to hide some of the printed lines and got painting. I'm fairly pleased with the end result but it is obvious that it's 3d printed. 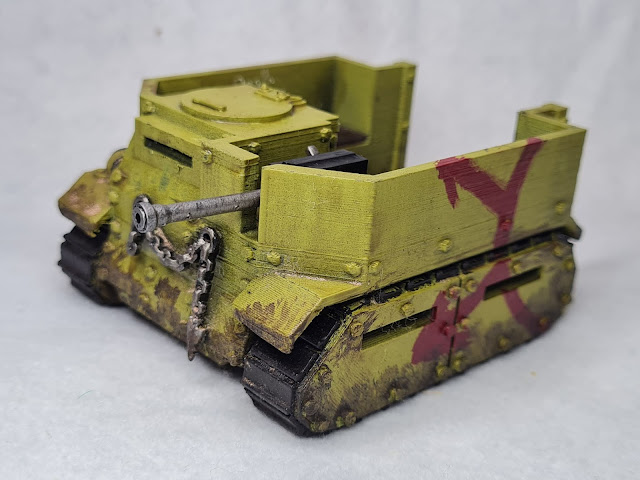 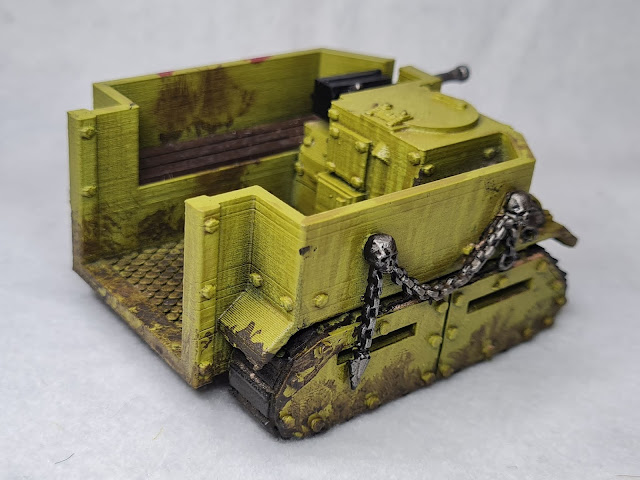 Thanks for reading
Posted by Mike C at 16:06 No comments: