The Albertine faction for the Very British Civil War (VBCW) was the project I had on the go when I first started this blog and annoyingly it's the one big project I haven't even come close to finishing, so with 2015 drawing to a close I decided that this was the time to do something about it.

First of all, I have to say I wasn't entirely happy with the look I had got from my figures originally, my painting style has changed slightly and there were a couple of bits on the old figures that were just plain wrong, so this project was more than just painting up a few new units, it was also doing a bit of work on the old 'finished' units too.

The platoon up is based on the local militia, units that I have themed around organisations that I felt might stay together and are just locals putting military supplies on over their normal clothes, picking up a rifle and going to protect their interests. I've put a trained military officer in charge of the platoon and given one squad a retired serjeant as it's leader to make sure they are run effectively. 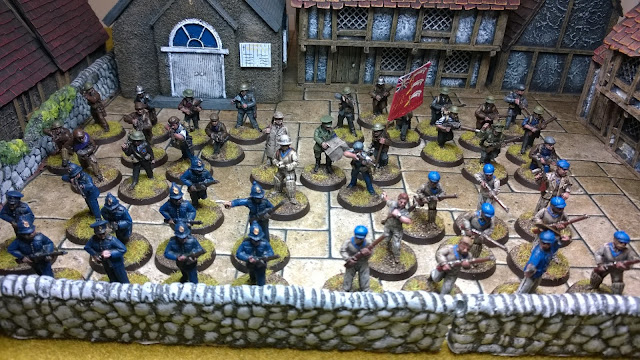 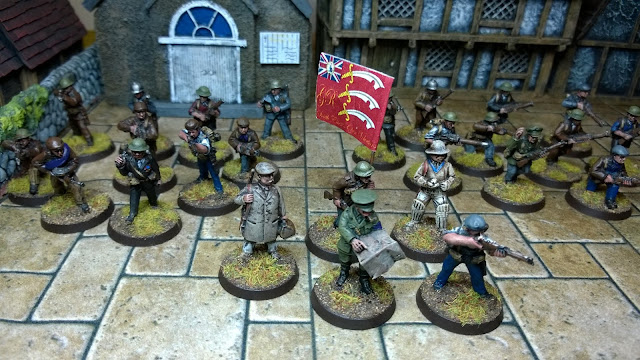 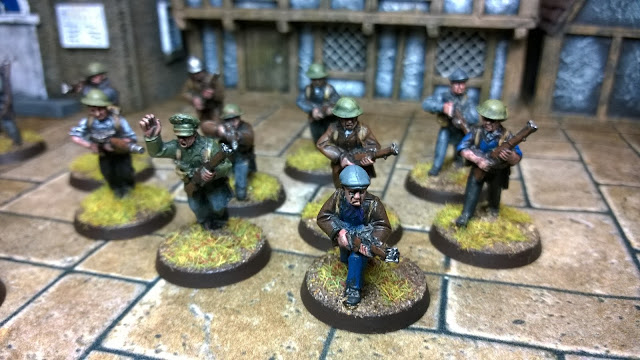 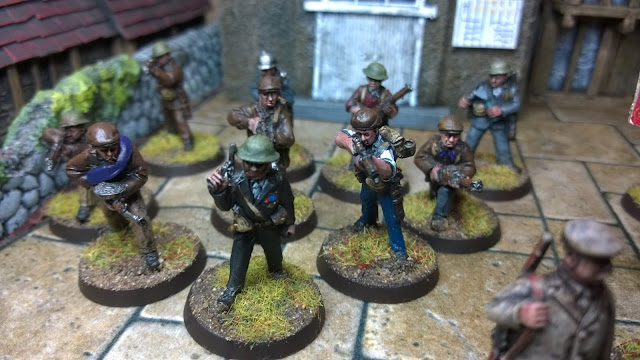 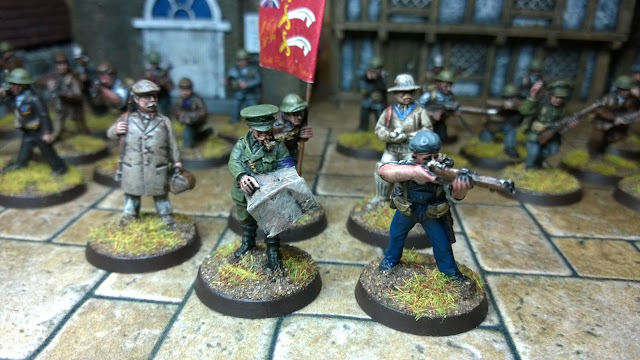 The command squad. It is being overseen by a spare officer from the local garrison, the cricket club's doctor and a few enthusiastic locals. 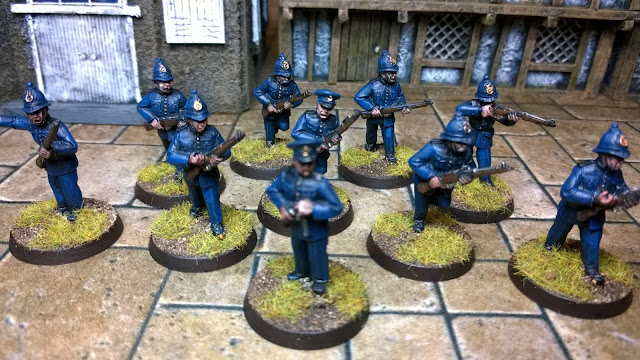 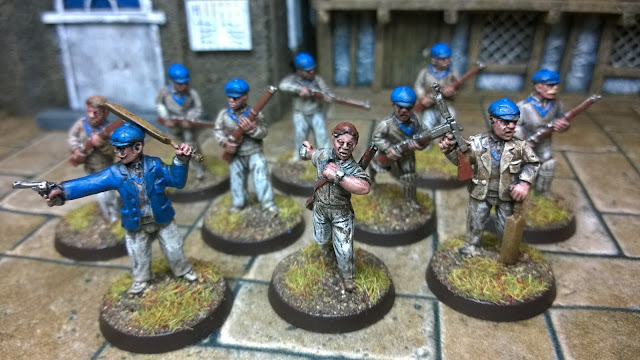 
The second part of the project was the professional platoon, the trained military. These are the guys who will do the real heavy lifting of the army, they have more support and are better trained so will be doing a slightly different job than the masses of militia. 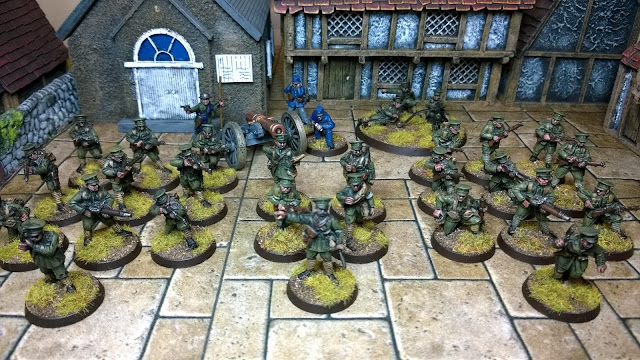 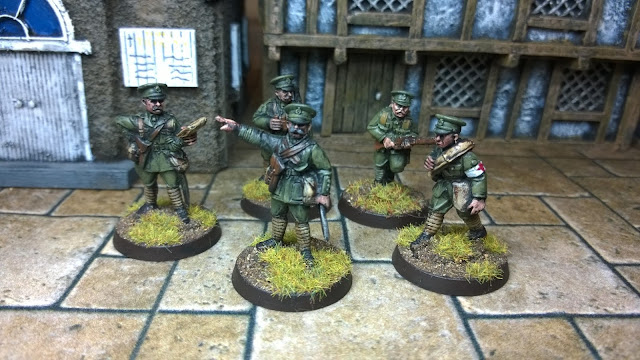 The military command squad. This time the unit is made up of an actual military medic and real staff officers who can give proper advice. 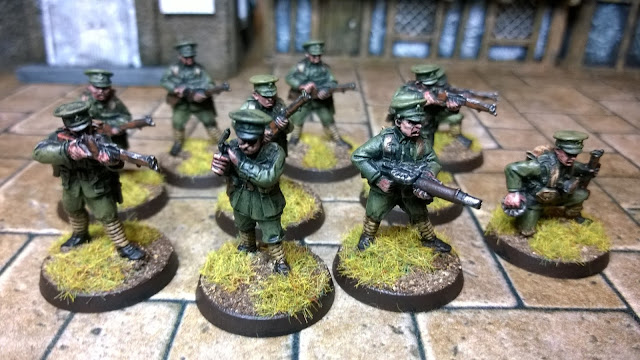 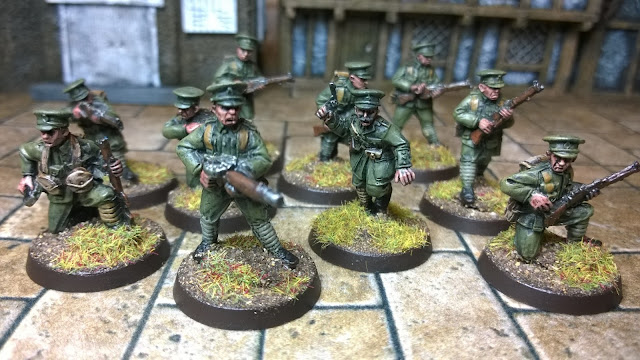 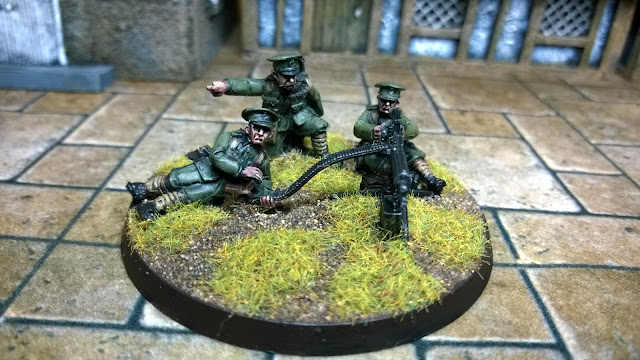 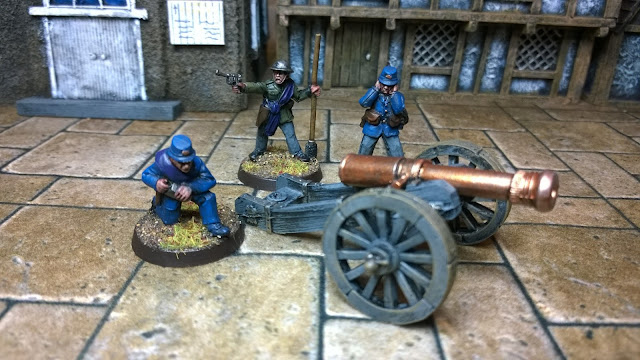 Militia experimental weapon. Rolled out from a museum somewhere. 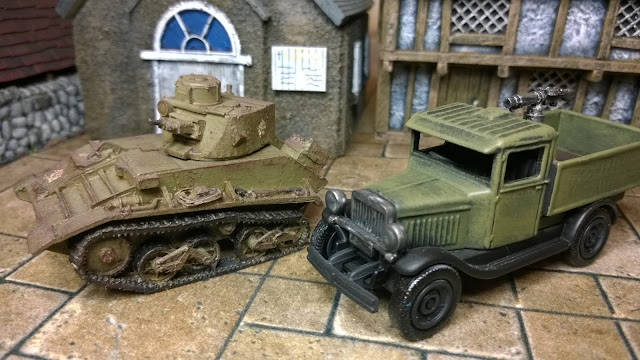 Vickers light tank and first bit of transport for the faction. 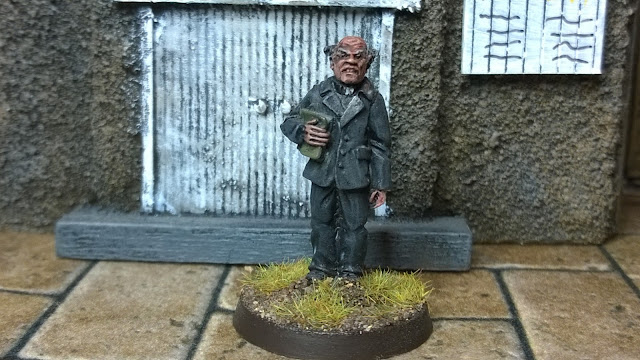 At the moment I feel like this army is done, it needs some more transport and could do with another squad or two but over all it is enough to sit down and get a game in with and look to add to it in the future.

Thanks for reading
Posted by Mike C at 08:40