My sisters of battle army has been one of those projects that in my head was a stunning good idea, I love their fluff, I love the way they work, I even liked the models, but put into practise they are a horrible army to collect. They are stupidly expensive to buy, fairly mono pose once you get past your first squad and a half, and it is neigh on impossible to get some of the weapon options, then painting them turned out to be a chore rather than a pleasure. On the other hand, now they are done I am looking forward to getting a game in with them. So before I show the finished project I thought I would complete the run down of newly finished squads, first of which are some more sisters of battle. This is my second troop choice and my commander, meaning I now have a legal army. 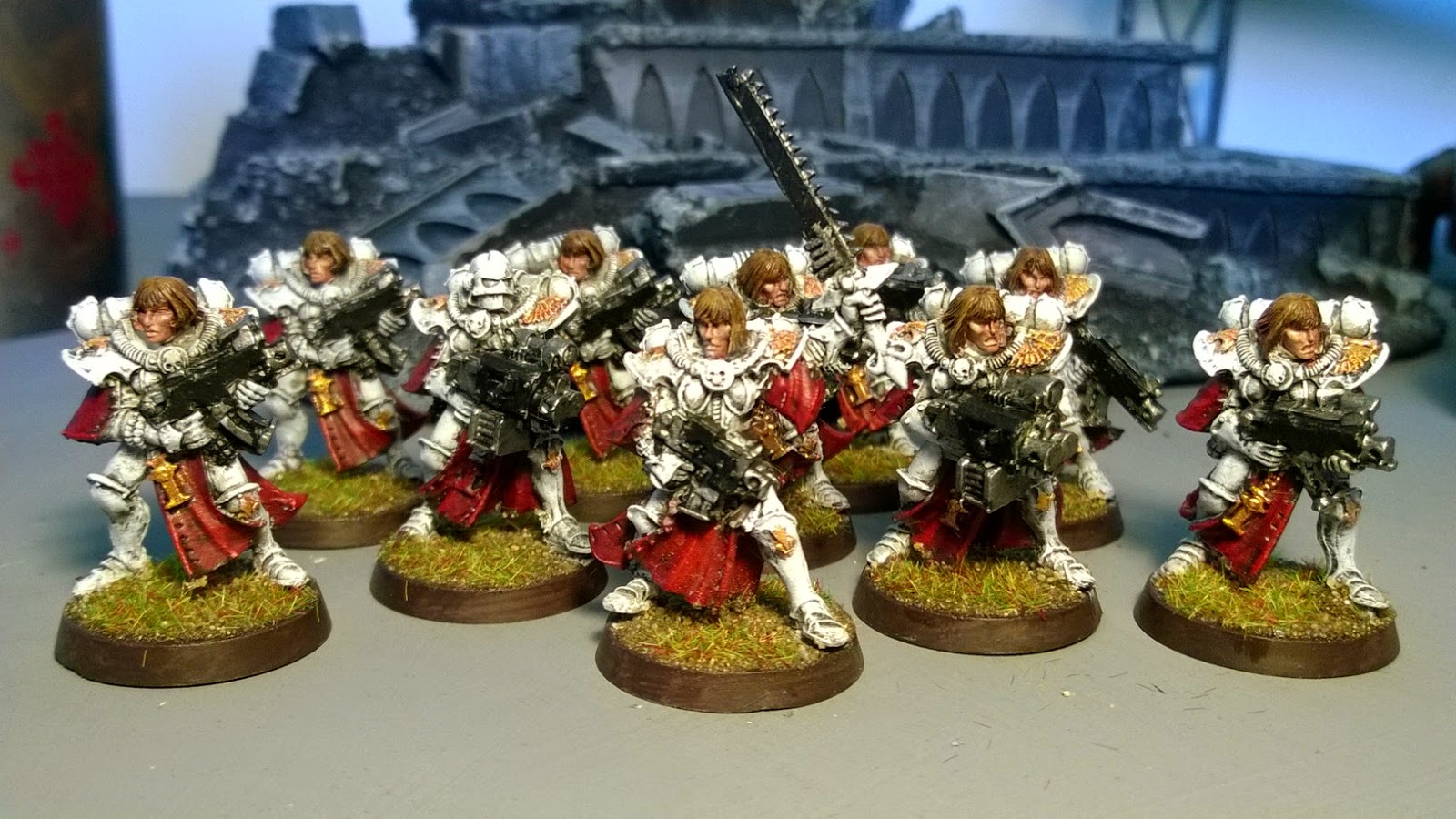 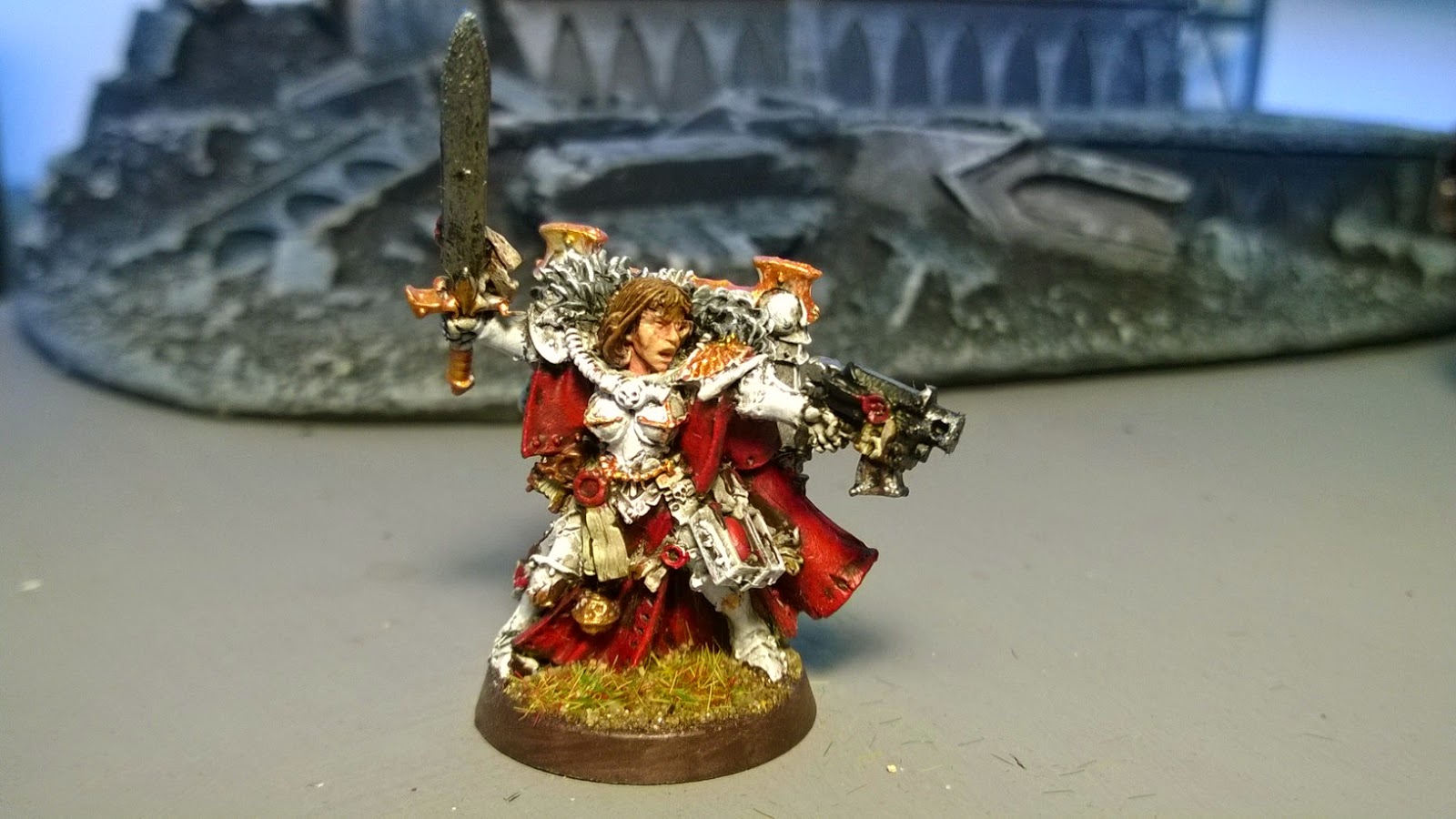 So with my minimum army (plus tanks) painted, all that was left of my planned project was a small squad of Celestians, and here they are. Painted in the same colour scheme as my basic troops but given a little extra bit of gold ornamentation  just to make them appear different on the battle field. While the sister superior has been given an abbess backpack to make her appear a lot more important than a normal superior as well. 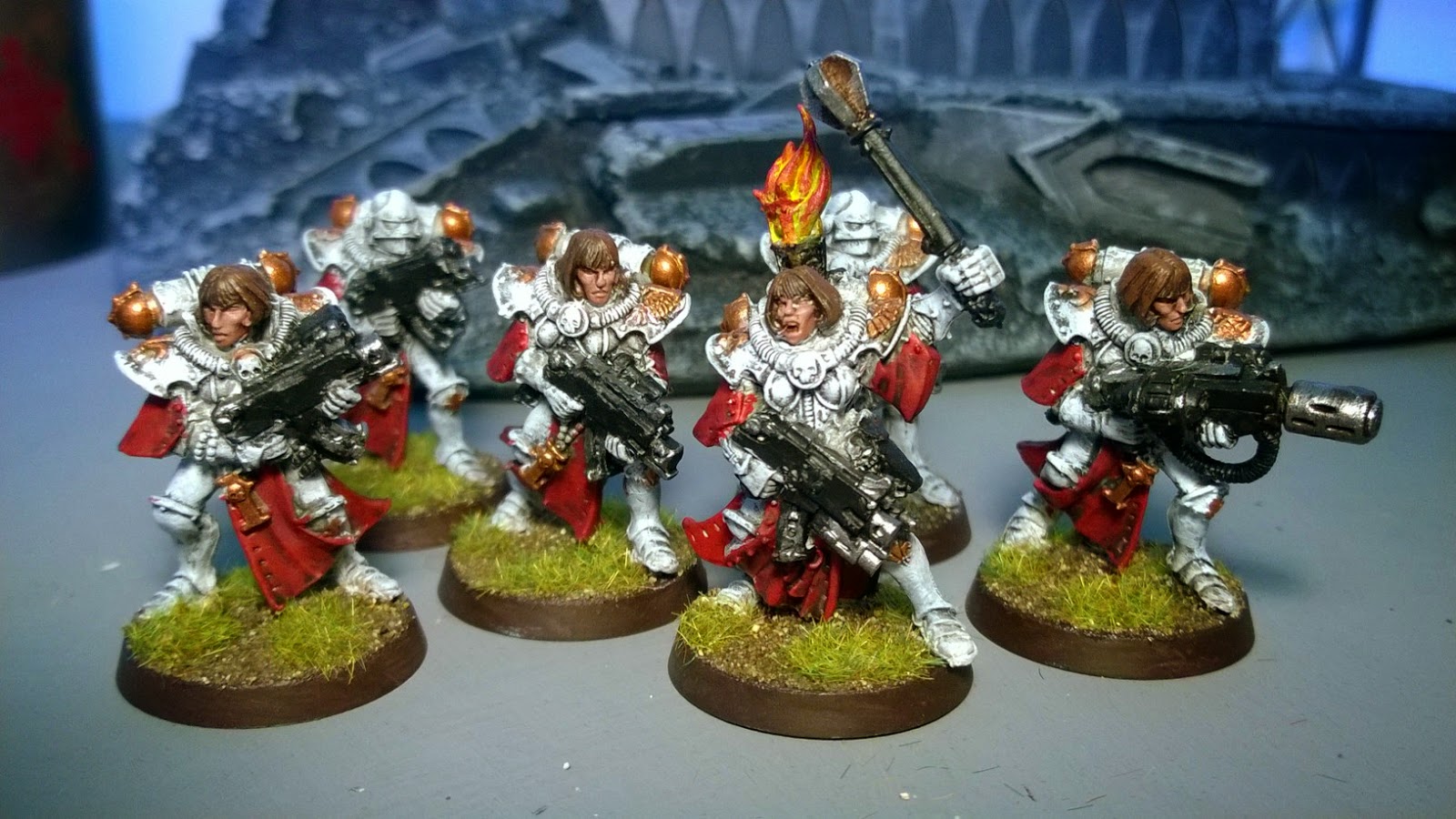 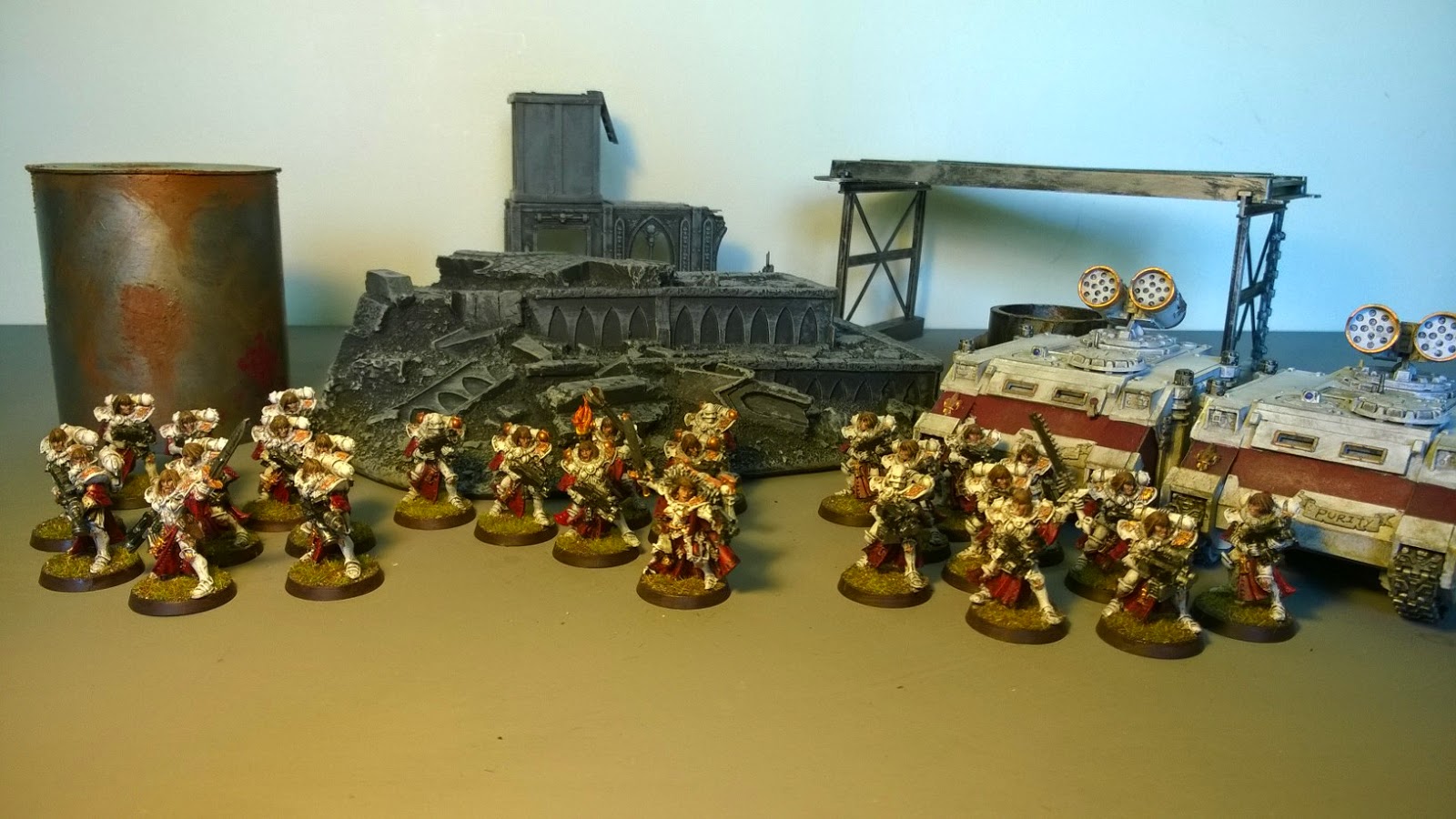