It's that time of the week again, submission day. As expected my will power to keep mass painting German WW2 Zombies has, ironically, died a death so instead I pulled out some more models from my lead pile and painted those to give me a break. 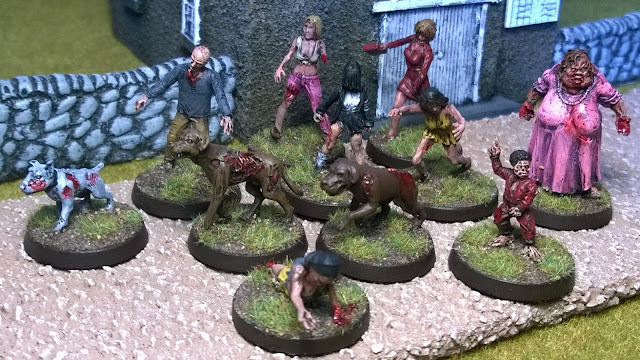 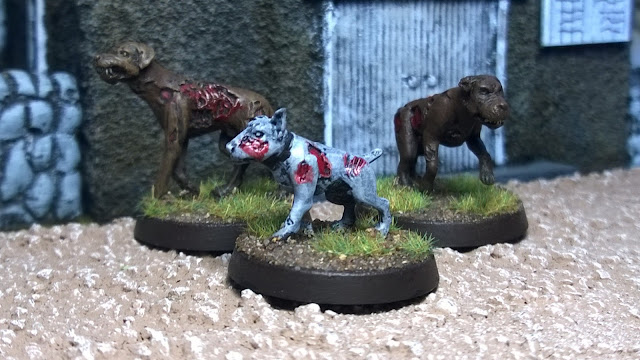 The zombie dogs are from Fenris Games and are a massive improvement on my zombie dogs from last year. The small white one reminds me of the dog from Toy Story. 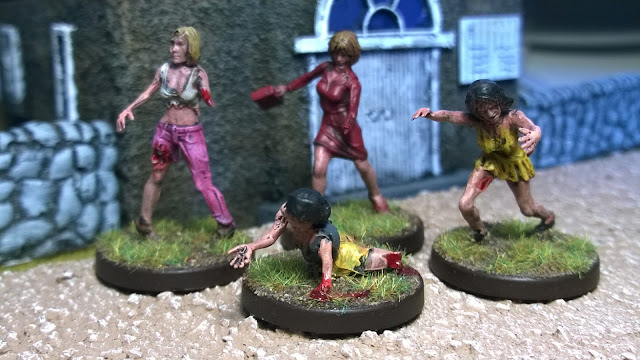 These women are from the zombie vixens box, the box that just keeps giving. showing again how much I like batch painting colours. 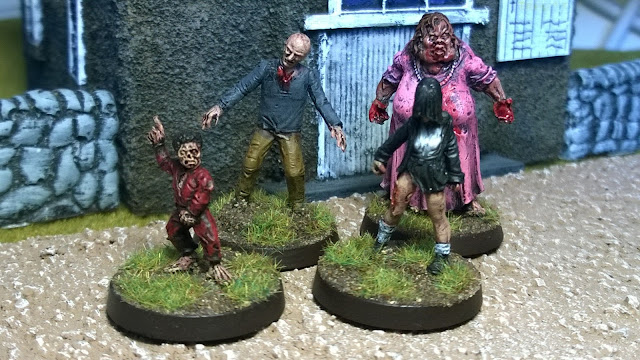 Last up is a mix of figures from different places that I have picked up over the course of the last few months. The zombie, dwarf Michael Jackson and the zombie Japanese school girl are from Hasslefree Miniatures, the guy is another wargames factory plastic and the delightful woman in pink is from Reaper Miniatures.

Next weekend; the last of my German Zombies (hopefully), but I have been painting up other things as well, so I am aiming for a mid-week post as well.

Until then, thanks for reading.
Posted by Mike C at 20:51