I haven't gone into this year with a set plan other than going through my lead mountain (seems churlish to pretend it is merely a pile at this stage) and paint up anything that fits the tag zombie, so expect an eclectic mix of ranges and periods, although I am going to try and paint in batches that match certain themes. I will be buying a few models specifically for this but I am attempting to mostly clear out old, unfinished stuff.

As the opening week of Zomtober is only 2 days I have kept my first entry to a manageable single figure, but made up for this by making it a big figure. The Zombie Beast is a Warlord figure from their Project Z range and it is a lovely figure. I choose not to use the stop sign arm as I felt it's not very walking dead to rip a sign out of the ground and hit people with it, my zombies are based much more on the TV show, The Walking Dead. 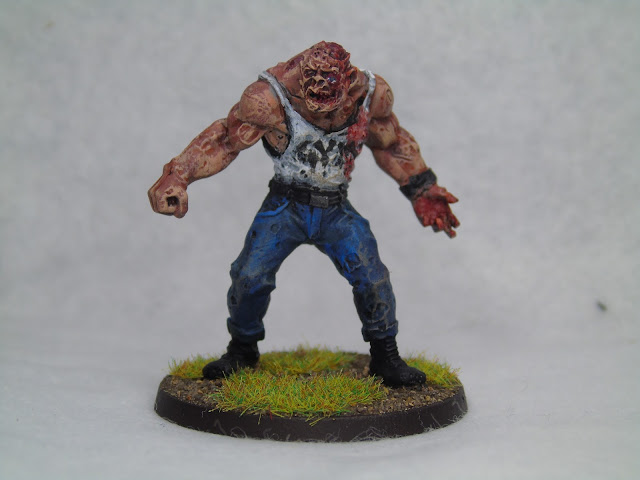 I have tried to make this guy look more like a hench gym user than a mutant zombie but when I get a photo up of him next to another figure you'll see just how big he is, that's a 50mm base he is standing on. . . 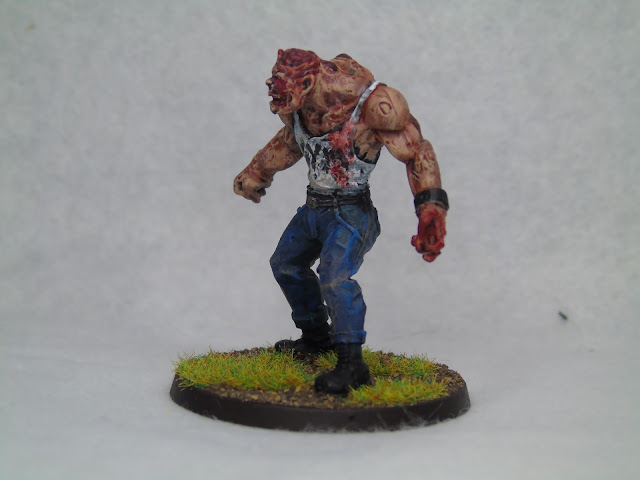 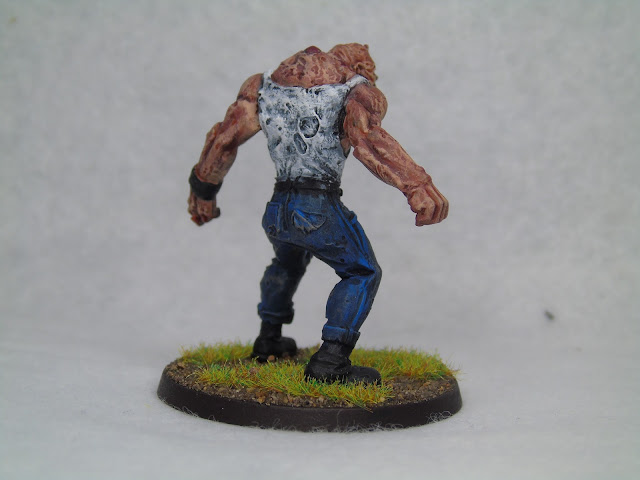 While not Zomtober themed, I have also finished off some other figures that I thought I would add to the end of this post. I realised at the weekend that my Bolt Action German army was suffering from a massive lack of panzerfausts in useful places, so I went able fixing the problem. The assault rifle armed men are all from the Warlord plastic Grenadiers box and the rifleman at the front is the partner of a flame thrower guy that is being used in a different project and looked lonely by himself. 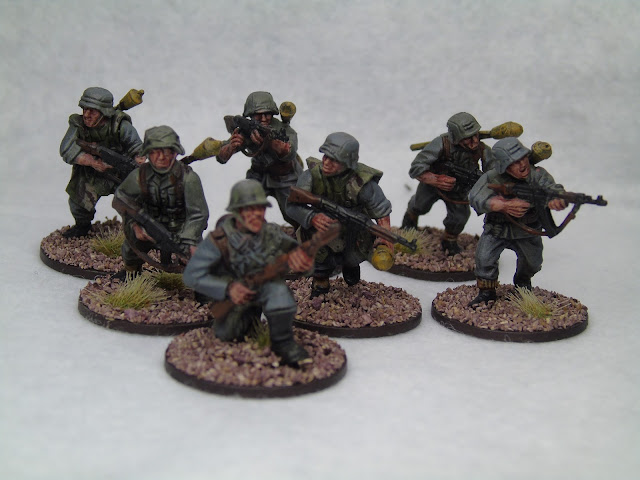 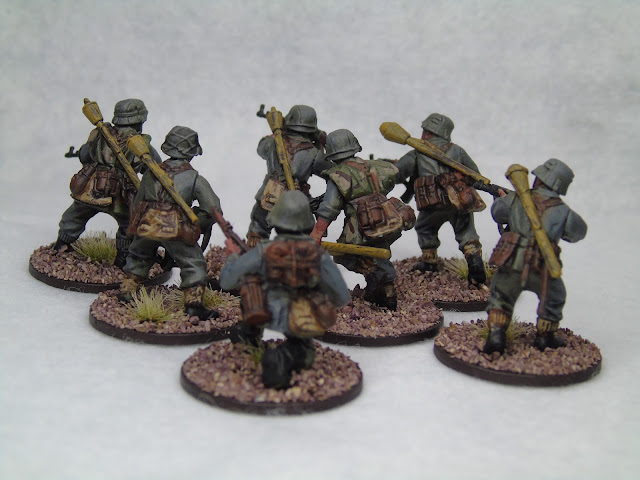