It's been longer between posts than I planned as I always seem to struggle to stay motivated with hobbying once I finish a project, however, with the start date for my new job coming up fast it is time to get on with some of my projects.

One of the things my 30k mates have kept telling me is that legion armies work best with lots of tanks, or none at all, a couple of tanks just die too easily to the compulsory token anti-armour weaponry every list has in it. I plan to add a lot more tanks to my Sons of Horus in the future but in the meantime I am aiming to replace the heavy weapons on the tanks by adding heavy weapon infantry squads to my roster, this being the first of a few. 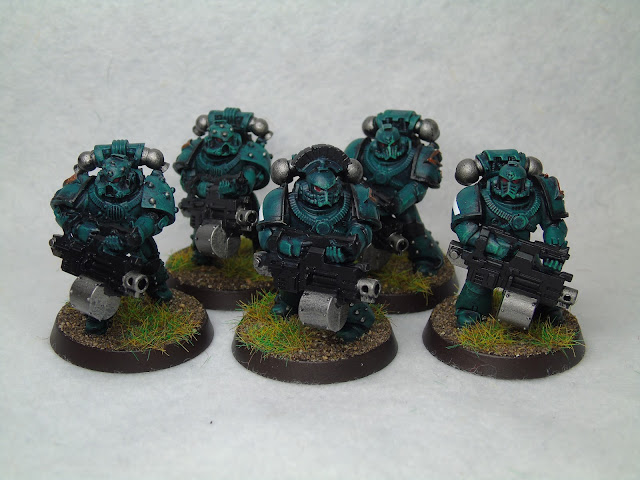 The other thing I really wanted to try was assault marines in 30k. Again, everything is bigger and better 10,000 years ago (from a 40k perspective) so a 15 man squad felt like the minimum. Add in a character and apothecary with jump packs and it should pack some serious punch if it makes it to the enemy. 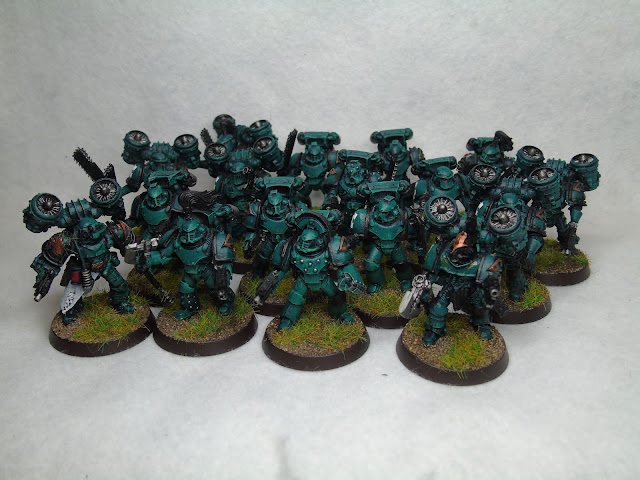 My Sons of Horus project is very much the testing ground for my 30k ideas, I've been trying out all sorts of ideas with the aim that I can be a bit more concise in what I buy for any future 30k armies* and much as I have been bouncing around all sorts of things a Xiphon interceptor wasn't on my radar until I played Keith from the Legion of Lies podcast and saw one in person** and realised that I had to have one.


*If you read the books you'll understand
why I know there will be more armies
**Sadly, I am aware the top fin is the wrong way round 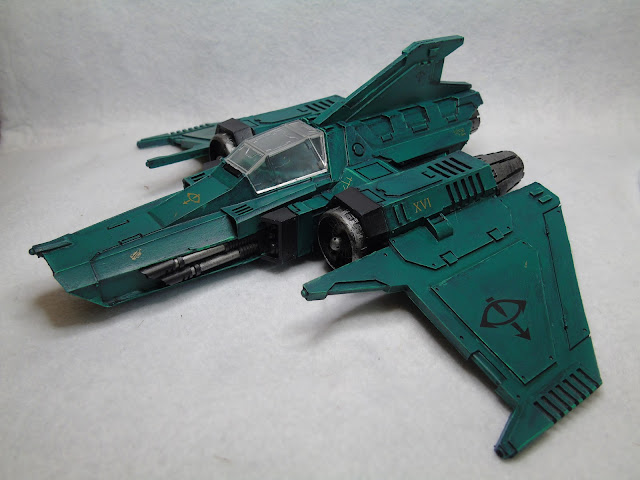 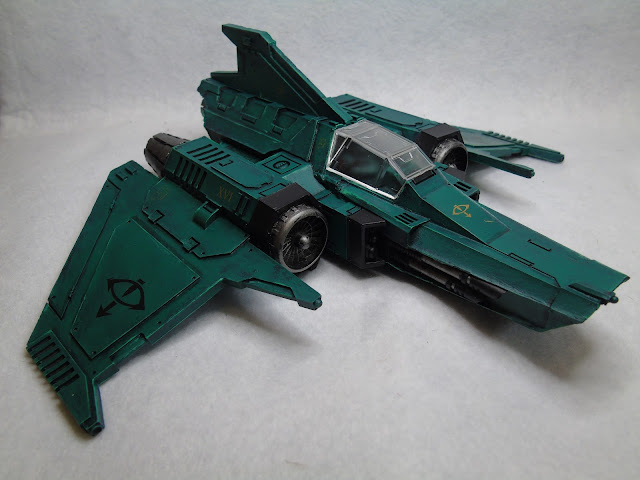 Thanks for reading
Posted by Mike C at 21:50