Not Another New Project - Honest

Answering the title, no, I'm not counting this as a new project* as I bought a unit of Moorish Black Guard as part of a Footsore Miniatures order a couple of years ago, however, the bulk of this project will be made up of recently bought** Gripping Beast plastic Arabs. I have got another couple of new projects on the go too, so I wanted to explain this one away before them.
I plan to make a 24 point Muslim force loosely based on a Moorish army, but vague enough that I can move it around the Mediterranean as needed. So lots of light horsemen and even lighter infantry with a unit or two that will help place the army depending on the game.

*Against all the evidence
**January


Because of the brightness of the clothes the figures are wearing, I held off doing unit posts as I finished each as my batches were just painfully obvious, a bit more mixed up like this and I reckon they look alright. The next job is about the same again in horsemen . . . 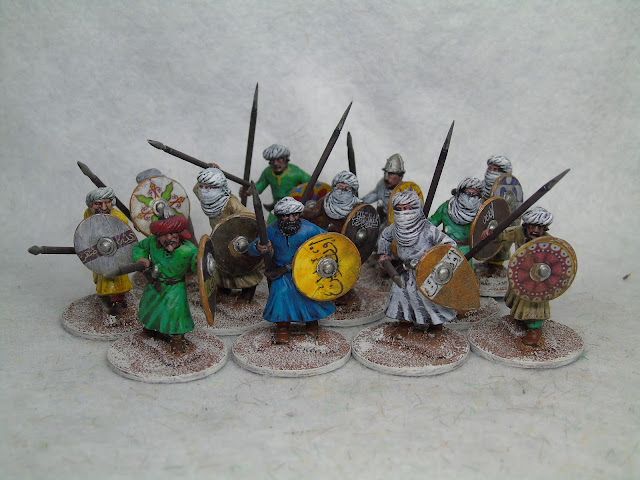 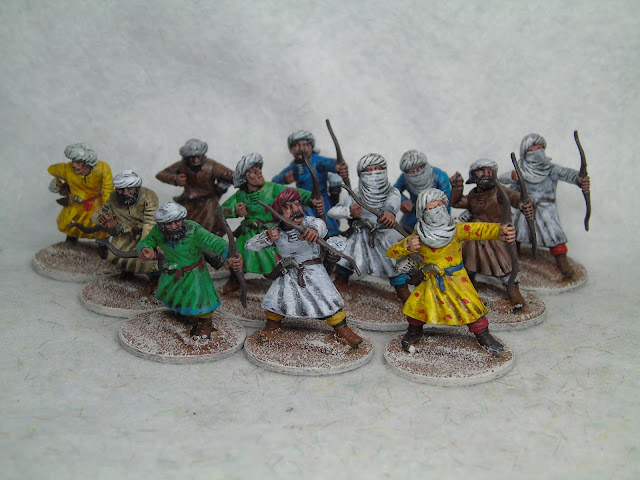 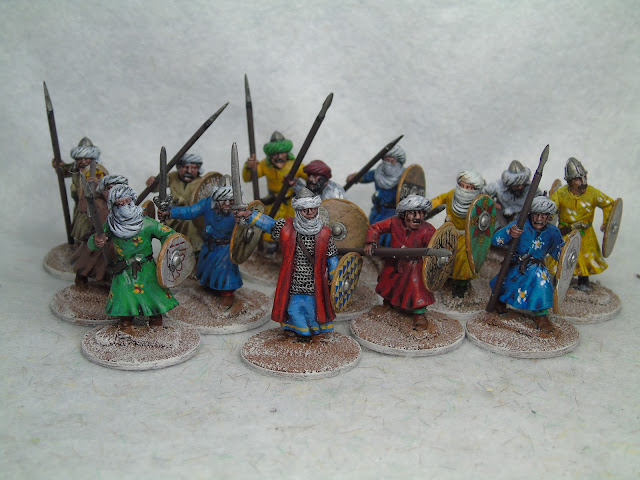 Thanks for reading
Posted by Mike C at 18:02