This isn't a project I thought I would be blogging about as it's at least 6 years old and was very much in my 'never going to happen pile', but lets start at the beginning. My mate Neil at my gaming club runs a 1:1200 naval game once every few months with his beautiful French and British Langton Fleets (and has recently added a Spanish fleet) and while I am terrible at the game, I have always been jealous of his collections. I want to say it was after the first game we played I decided I was going to buy my own fleet, because how hard could it be* and an order to Langton later and I was the proud owner of 4 Dutch 1:1200 ships.
I duly painted them, stuck the masts into the hulls and then looked at the rigging, decided it was well above my abilities and put them away. In the years that followed I broke masts, scratched them up and decided the project was so dead that it was only laziness stopping them just being thrown away.
Then this week I started reading a fictional naval series following a British officer called Alan Lewrie (as you might be able to see on the right if I'm still reading one) and it got me thinking again. I spent one evening following the rigging guide on the Dutch 74 and found that I could rig a ship. The end result is nowhere as nice as Neil's attempts but I then spent days afterwards going back into my man cave to pick the ship up and have another look. 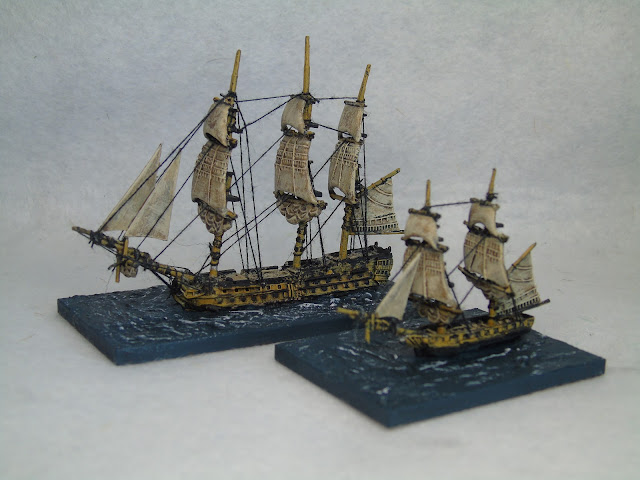 The first two ships in all their glory - they just need names on their bases and ensigns (which are on order). 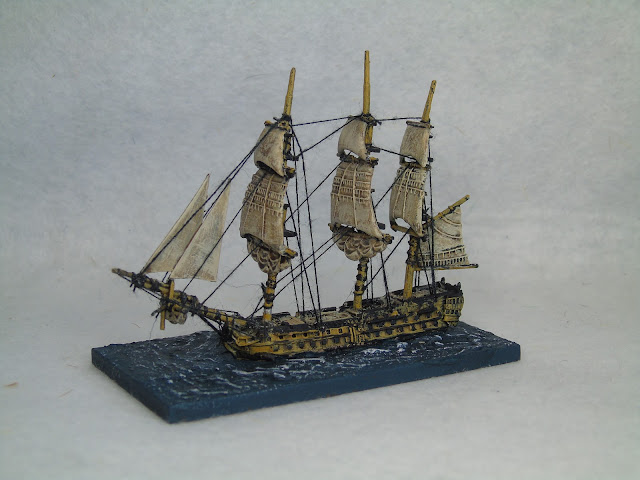 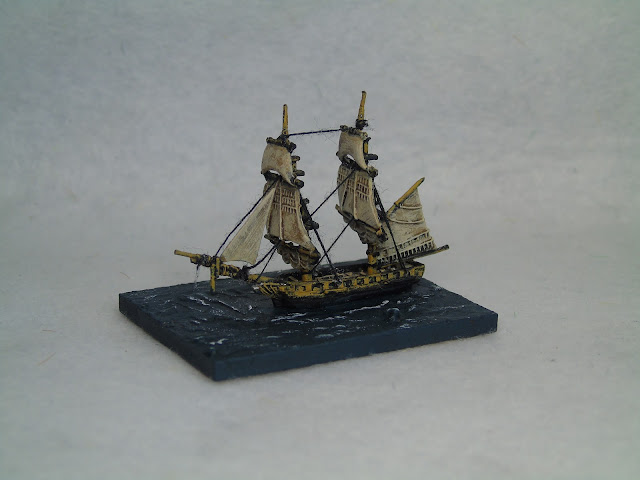 The other two ships have been repaired as they were the worst damaged and are awaiting their rigging, which should be done within the next few days and I have 4 more ships on order. I'm really looking forward to getting these on the table.

Thanks for reading
Posted by Mike C at 12:47

Email ThisBlogThis!Share to TwitterShare to FacebookShare to Pinterest
Labels: 1:1200 Ships