After claiming the Moorish army wasn't a new project, this one definitely is*. Ever since the single unit of Norse-Gaels in my Viking army became a project in their own right, I've had my eye on a home bred opponent for them, pricing up a metal Gripping Beast Irish army more than a few times, but with the Wargames Atlantic Dark Age Irish kit, I knew I needed to pick up a box to have a look.
This isn't the first box of their plastics I have tried, I already have a box of their Ancient Greek Skeletons, and I stand by what I said in that review. I'm not a fan of the plastic they use, but it goes together well and the casts are crisp, they just feel too much like the old bendy plastic toys.

*And some more confessions for later

As per normal, I'm building the army to Lion Rampant unit sizes as this will allow the units to be broken down to suit smaller unit games like Saga if needed. The bulk of the army will be made up of Yeomen stated troops with javelins which should give a very different game dynamic to the normal dark ages shield walls we play.
I've got another box of these on order, which will give me enough troops for 4 units of regular Irish and 2 units of wolfhounds which I will use as Ferocious Foot (although I only plan to use a single unit per game), then a unit of Foot Sgt stated fighters will round the army off with a more elite household bodyguard for the army's lord. 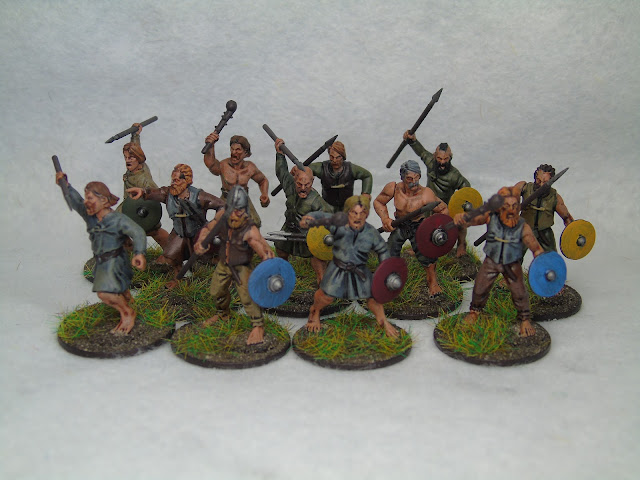 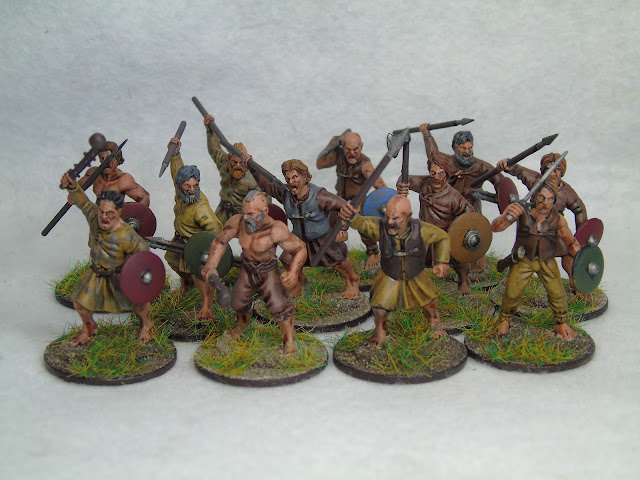 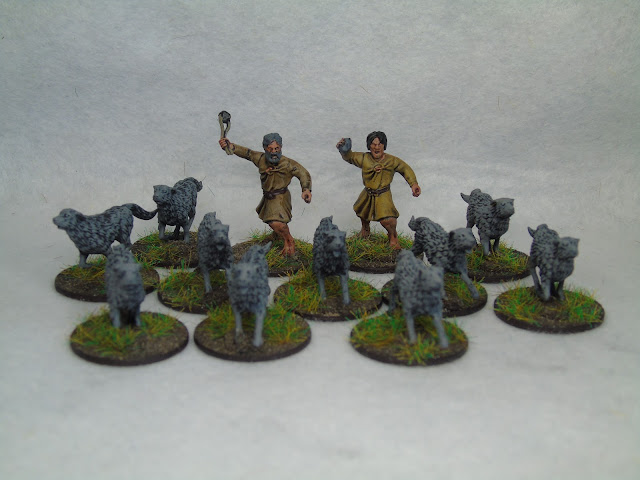