Where I claim painted models that were mostly painted months ago

I've not done much painting for a couple of months now, and its starting to show with my backlog. As a shark has to keep swimming to stop itself drowning, so wargamers have to keep painting to stop themselves drowning in their backlogs. Therefore, I have been working on getting my 3rd century Roman project one step closer to the table with a few units of Auxiliaries whenever I can sneak a few minutes of painting time - although if we are being honest, the vast bulk of these were done in times when painting was easier.

Nothing hugely special here. Two of the units were from my kickstarter haul from a few years back and the other is from my top up order when I decided to make sure I had enough to split the army in two for civil war games and have been given a pretty basic paint job. Historically accurate or not, I want to make sure my Legionnaires and Auxiliaries look different at a glance on the table, so the tunics being white or red should be an easy thing to spot quickly. 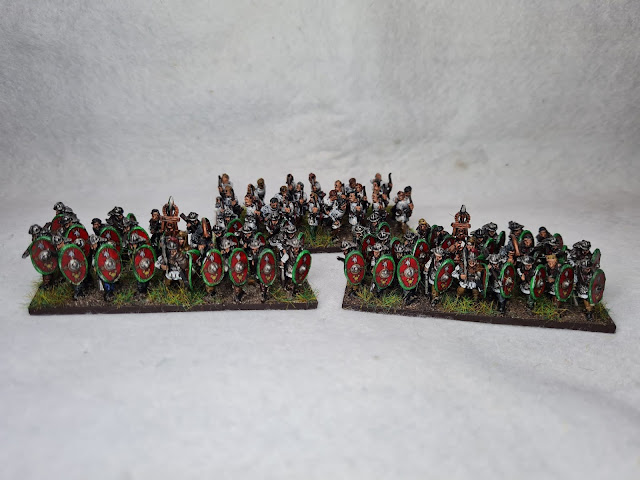 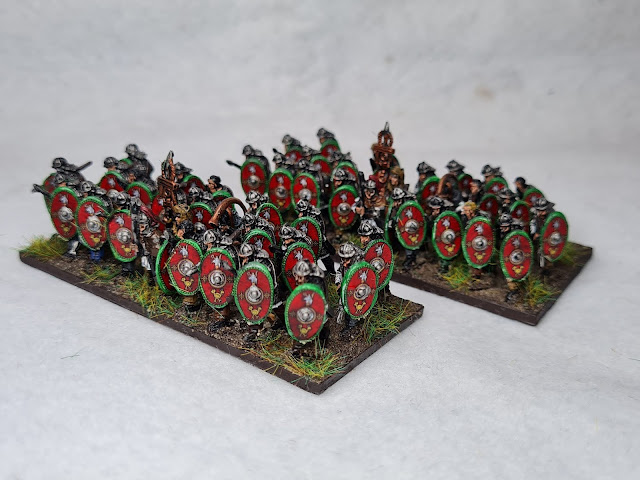 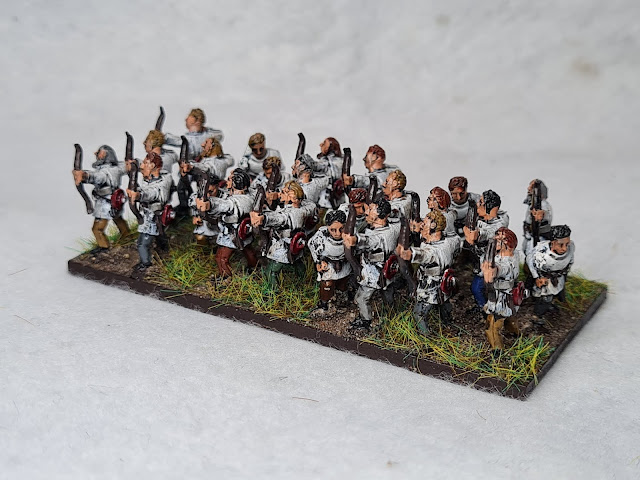 Again, in an attempt just to get figures off my painting table quickly, this skeleton crossbow unit was next and as there is little on the models bar bone, they were a quick paint job. 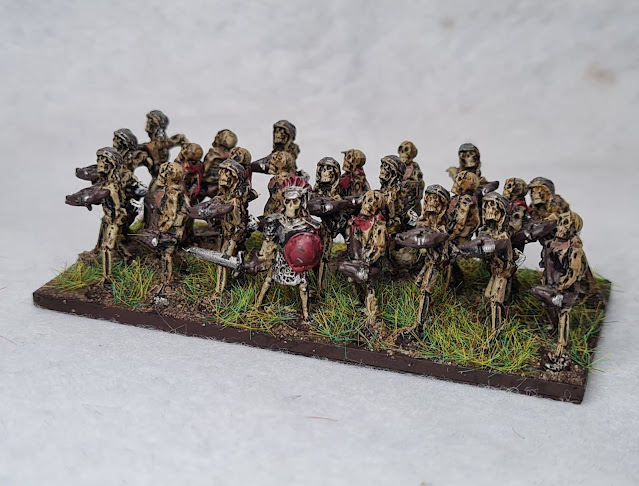 I've still got an unhappy amount of units left to paint in the project, so I had better find some time to get on with it.

Email ThisBlogThis!Share to TwitterShare to FacebookShare to Pinterest
Labels: 15mm, Lion Rampant, Rome and her enemies