With my big time sensitive projects out of the way and some more wagons moving it feels like the right time to look back at projects that got half way to being usable but weren't quite finished for one reason or another. A prime candidate is my Moorish/Arabic army.

I finished the regular foot infantry a couple of years ago, which just left a few units of light cavalry and a unit of Black Guard. As it was the cavalry that were the real stumbling block, I spent a couple of days just building figures before I started painting in mixed batches, starting with batches of horses* before mixing them all back in and then randomly picking models out to paint the riders - all in an attempt to stop every dun coloured horse having guys in yellow robes and every flaxen chestnut having white robes etc.

*which included horses from another project

Essentially, the riders are painted the same as the regular infantry but as they are likely to be slightly better off I've tried to add slightly more patterns to their robes or horse blankets but sticking to my bright colours theme I started with the infantry.

There are 4 units in this finished batch - in Lion Rampant terminology there are; 2 units of mounted yeomen (mounted archers) and two units of mounted serjeants with bows (spear and shield units with quivers on the horse). This makes for a very mobile army that should give a crusader force a real problem if they can't get into range to hit something. 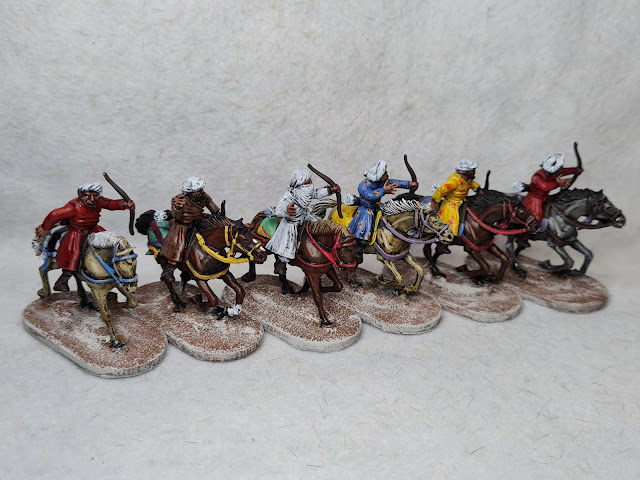 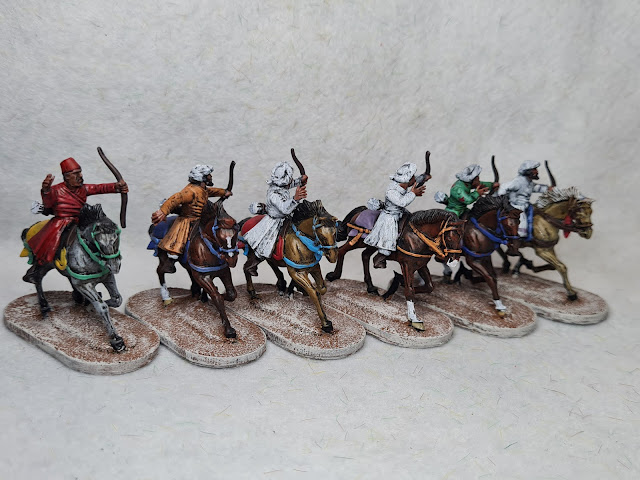 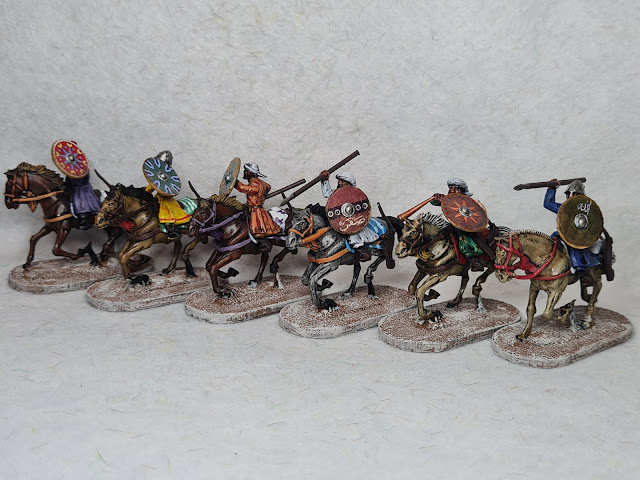 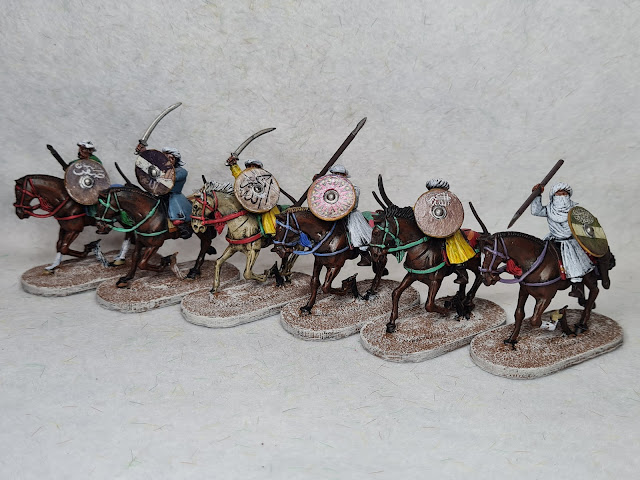 As mentioned before I mixed in horses from another couple of cavalry units as I painted these, and I've then added more cavalry from even more units into later horse batches, so we are fast heading towards an accidental Cav-uly.

Also, this project has definitely suffered from serious project creep over the last week. You have been warned. . .