I mentioned in the Moorish Light Cavalry post that the project had started suffering from serious project creep, and this is that first bit of said creep.

I was reading a series of novels about the Knights Templar to keep me painting the last of my Moors and before I knew it, I was drawing out a little crusader force for an opponent - instead of using my Baratheons - and I looked at what it would cost me, decided it was worryingly reasonable, but thankfully Waylands wouldn't stock them so I'd have to wait for the post and would my enthusiasm last that long, so there's no point in doing it, brilliant, I've talked myself out of a project - wait, Waylands had what I needed in stock and I can pick them up on my visit to the store tonight? Crap.

My little force is just going to comprise of two units of knights, two units of mounted serjeants, a unit of foot serjeants and a unit of crossbows. I want the army to look more like a ramshackle force than a crusading army that has just arrived. Maybe the knights templar are off doing something and have called in favours from other orders and any troops hanging about. 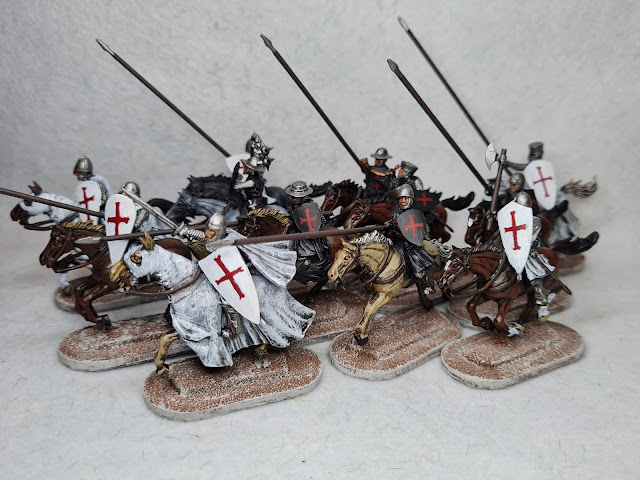 First up are the poor fellow-soldiers of Christ and the temple of Solomon or the knights templar. The figures are plastic Fireforge and are half a box of each of their Templar Knights and Mounted Serjeants. I painted the horse for these in my big batch painting of horses over the last couple of weeks*, which meant it was fairly fast to get the figures finished from that point onwards. 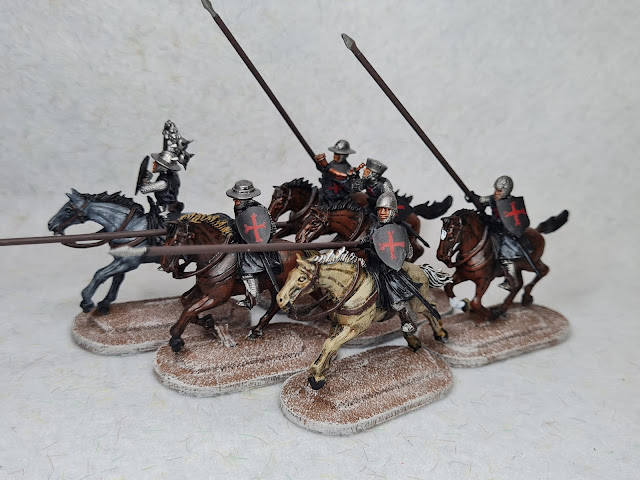 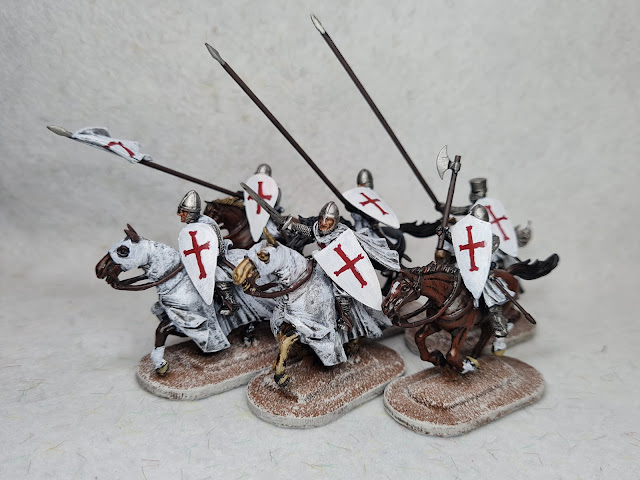 The Knights
Thanks for reading
Posted by Mike C at 14:34