One of the things I said I wouldn't do when I picked up Imperial Assault was starting buying up all the main film characters. Luke and Darth Vader came in the base box, which was fine, but any more and all I thought I would be doing is going against the fluff by putting them into games (the same reason I don't tend to use named/special/real characters and/or people in games, I want my stories to be my stories).
Then the 3rd mission we played called for Han Solo to be part of it. The set comes with tokens and card so you don't need to buy the figure, but I am a gamer, the chances of me not buying him once I knew I needed him were slim to nothing. Once you have Han in your collection it seems churlish not to pick up Chewbacca too . . . 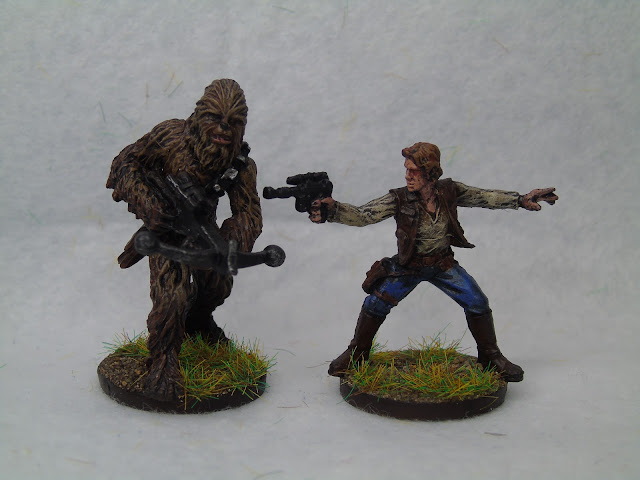 Thanks for reading
Posted by Mike C at 11:30