A mix of bits in this post but it has been one of those sorts of weeks, so I am going to start on the model that at least ties into one of my projects. So first up is a Castallax Robot for my Sons of Horus / Mechanicum army and will either work as the bodyguard of the forgelord or the start of a unit in a full army. It is another case of a model I really liked the look of, so have shoe horned it into my project, rather than being a useful model as it is. 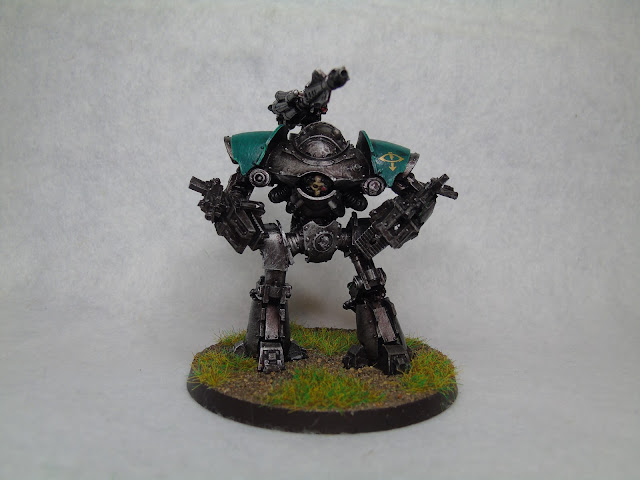 Next is harder to explain, they are Snappers from Krakon Games and from a kickstarter they ran a while back. I'm not 100% sure what I plan to do with them* but they will probably be mixed into the scenery bases in sci-fi or fantasy games and used as the local fauna. 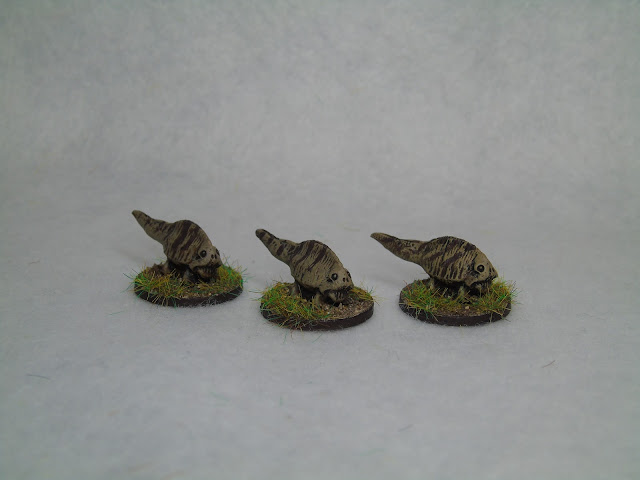 Last up is a Games Workshop Keeper of Secrets, Slaaneshi greater daemon. When I first started in the hobby 40k was the only game I played for a good few years and, while Eldar were my first army, the Chaos army that replaced them became the army that have seen more game time than anything else I have collected before or since and saw the most love in terms of conversion and painting. It even holds the title of the only army I have played with at Warhammer World.
The bulk of the army is long gone, not having survived the wear and tear of being stored badly, tied in with multiple moves but the key characters have been kept for pure nostalgia and I have a vague plan of making a modern copy of the army. This greater daemon is the first such example and, as you can see from the second photo, I'm not worried about keeping the colour scheme or basing style the same as the army will be completely redone. 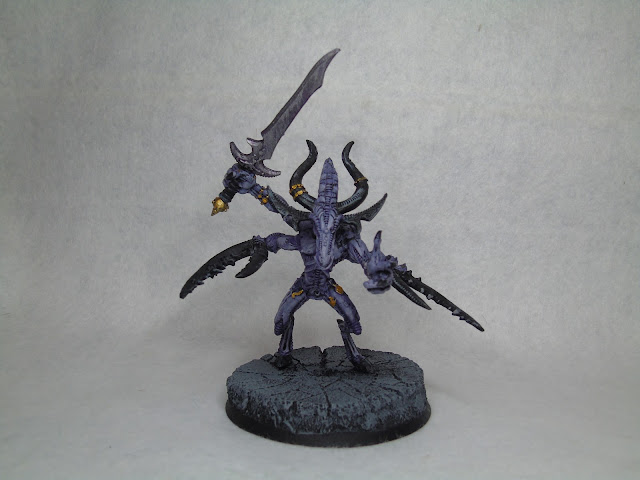 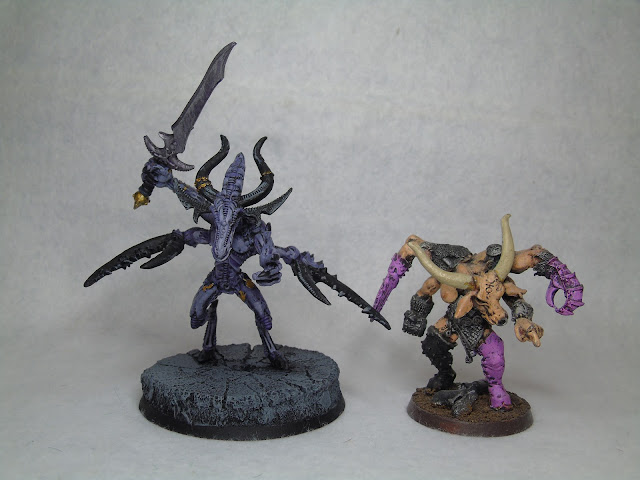 I don't tend to do battle reports on this blog and I'm not breaking that habit now but I'm including some photos from my first game of 30k. It was 1500 points of my Sons of Horus and 1500 points of another guy's Iron Hands vs a 3000 point Space Wolves army owned by Keith from the Legion of Lies podcast fame*.
I've only put a few photos up as I got carried away playing the game, but Keith's flyers were too nice not to share, although, my phone hasn't done them the justice they deserve**.

*So not 'historical'
** I really need a Xiphon fighter now 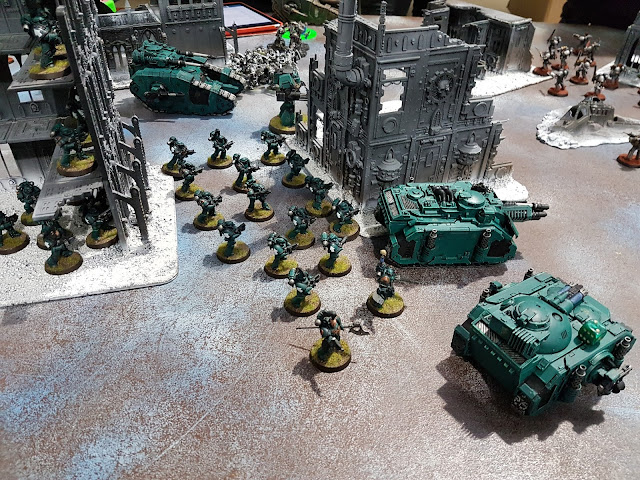 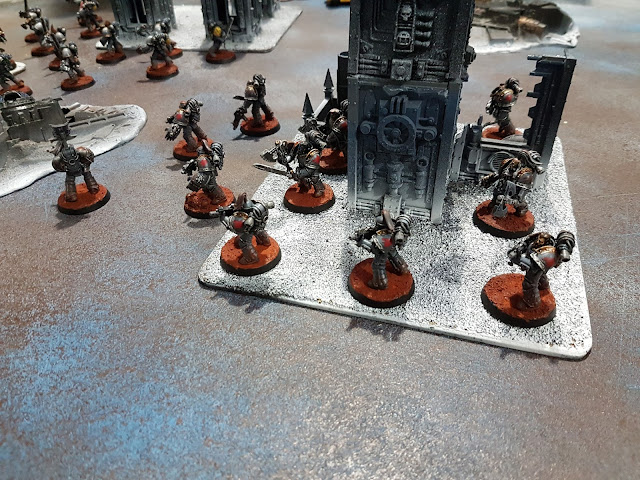 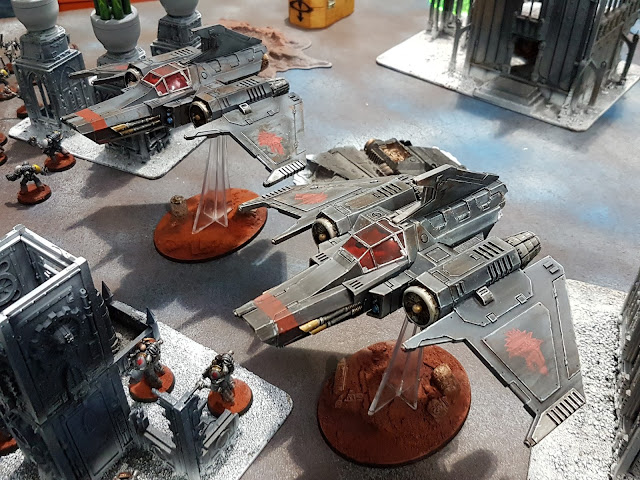 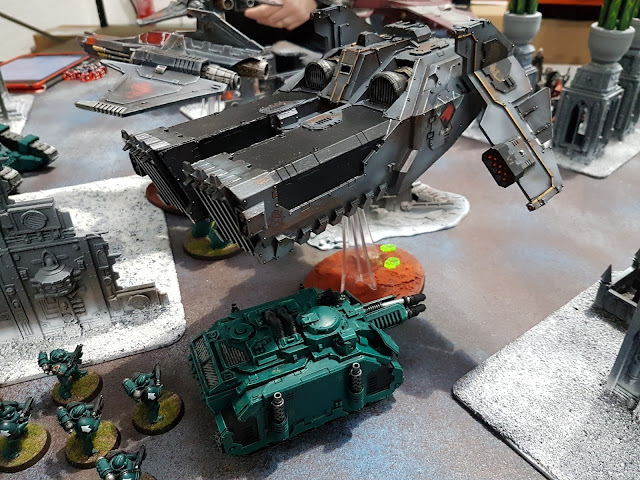 Thanks for reading
Posted by Mike C at 19:36