I've always found in my hobby that projects that are the most important thing on my painting list this week, can fall to the bottom of the queue with next to no warning due to no fault of their own. This is such a project.
The Ultramarines were a project that I started last November so that I could have a loyalist legion but they were started just before I had my big 30k wobble and as a result, the project was sacrificed in favour of carrying on with my first legion just to keep me in the game. I was due to go to a 2000 point heresy event in November, which is a low points level for a standard game of 30k, and this lead to one of my podcast mates challenging me to buy a loyalist ticket and taking my seemingly dead project. Part of the reason the project was abandoned was due to the similarity between the proposed list and what I tended to run for my Sons of Horus, which with the cost of Forgeworld models just seemed a waste of time and money, but with a renewed interest I went back to the drawing board and wrote a list that felt like my play style, but had enough differences with what I already have to be worth buying.

First up are my infantry (some of which you will have seen on earlier posts) three units of the ubiquitous tactical squad. All three are 10 men, armed with extra weapons and have sgts equipped with a power sword. As my Ultramarines are running a much more multiple small unit style army, each unit has to be able to deal with bigger targets than itself and a tooled up tactical squad can do just that.
All three units (and all my other infantry units) are also equipped with Rhinos. This was another of those things that I wanted to try to set this army apart from my Sons of Horus and it's met with mixed success but having 6 rhinos gives me options as the army grows. 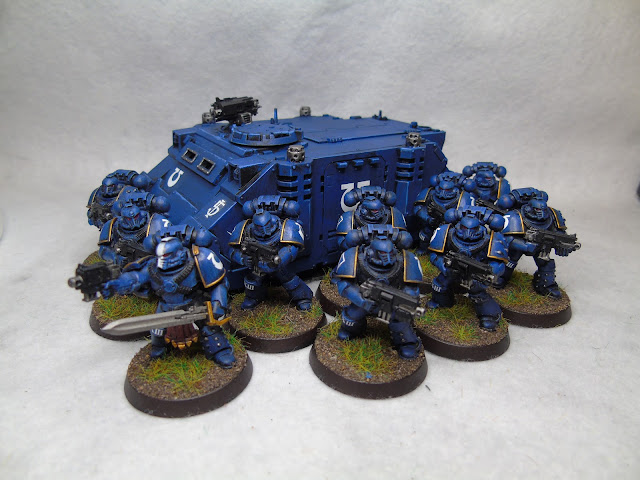 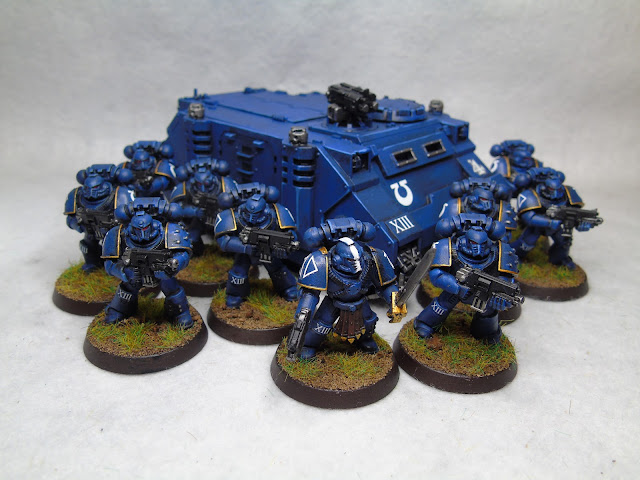 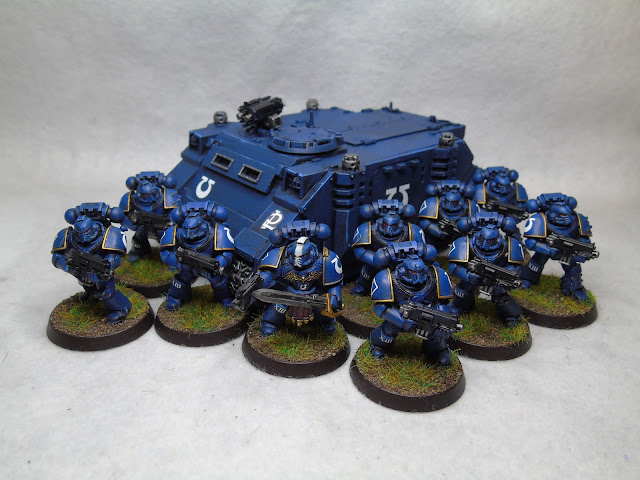 Second are two squads of melta gun armed support marines. Both are 5 man squads, again, kitted out with extra weapons to make sure they don't go down in a fight without making their opponents regret their choices. I really like my support squads in my Sons of Horus army, but I wanted to do something slightly different with them in my Ultramarines, so I went with melta guns rather than plasma guns. 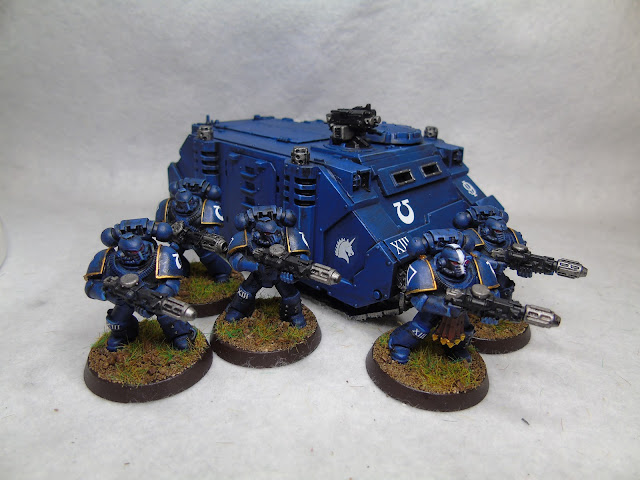 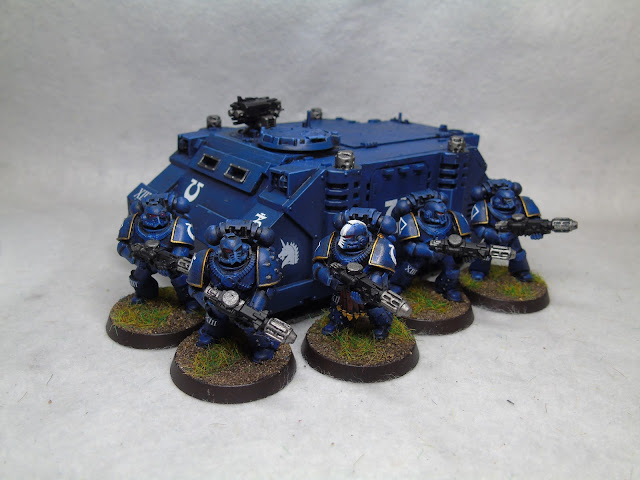 Next up, we have my hitty unit. The HQ's bodyguard of apothecary and 8 veterans, armed with various fun weapons. This isn't the combat monster of a unit that you would expect to see leading a heresy army but it's the closest I am likely to run, especially if you listen to the Mournival Podcast. I've not included my Centurion himself as I'm not hugely happy with the model and am looking to do a replacement asap. 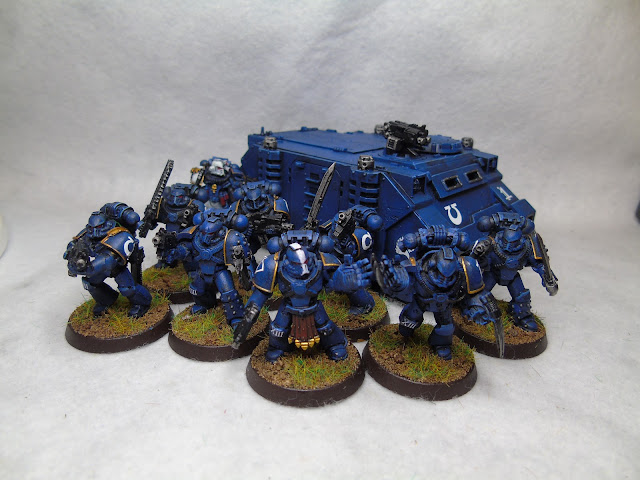 Lastly, we have a complement of tanks, a pair of vindicators and a predator. I wanted to have some big guns to go alongside my tanks and units that can move and shoot and are mounted on rhino chassis just made sense for the theme. 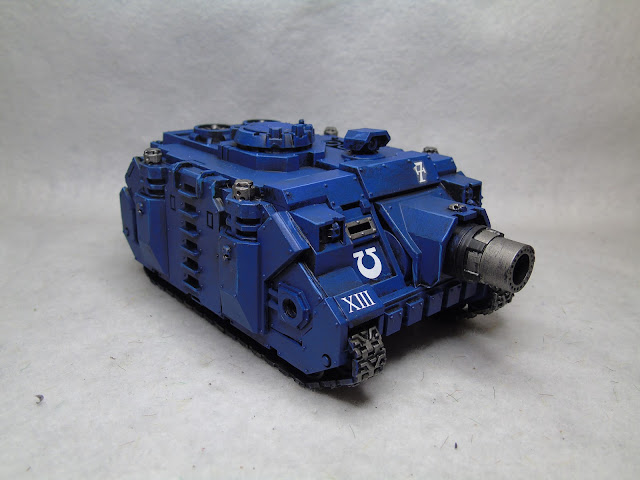 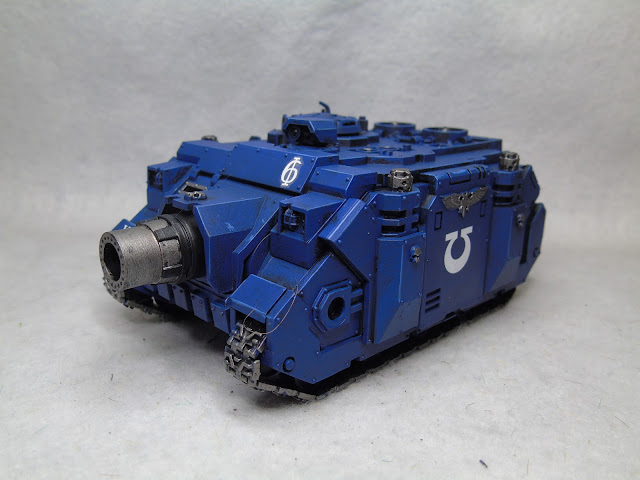 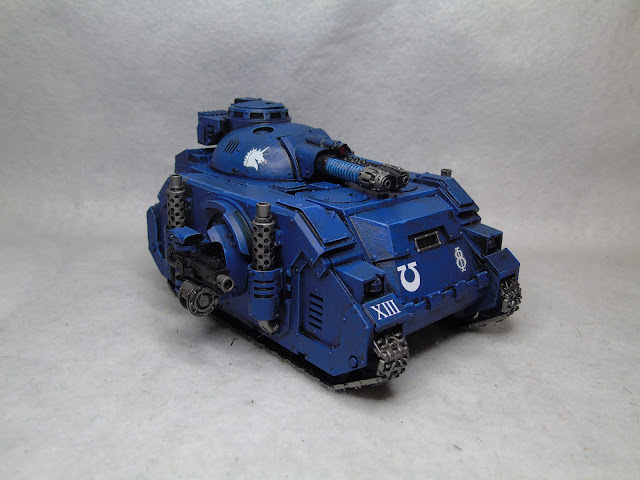 Thanks for reading
Posted by Mike C at 10:23