I know I said last post that you won't hear from my Late 100 Years War projects for a while, as I have other projects that are higher priority at the moment but I forgot I had another post to do for a finished unit. This time it is an English unit. In the week that I made it clear I was going to put a game on, I noticed that my French army had leap frogged my English in points, and figuring more units is better than less, I made a point of trying to level the points before the game.
What I decided to do was a unit of archers, this would be fairly quick to do but also be much fluffier than more combat units, with the aim of getting the archer to men at arms balance closer to the real Agincourt fight.﻿ 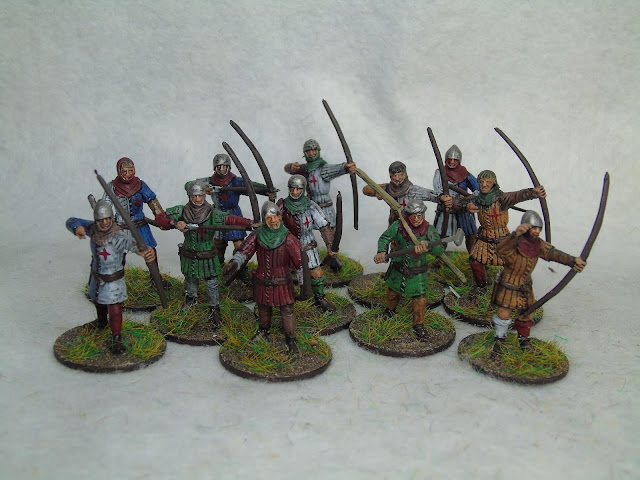 I've still got a lot more to paint for this project, but in the short term, this is enough for now.