While I am terrible at keeping to a single project I do still feel the need to set myself project targets, that, while, I still mostly ignore them, they are always there buzzing in the back of my head reminding me what I still have to do. So, every now and then I settle down and deal with one of these buzzing noises to give myself a bit more space to go off track again later on. This is one of the buzzing noises I have now swatted.
The two big projects I have in my head at the moment are painting the British Napoleon infantry so I can get a game of Sharp Practice and finishing the last of the first wave of Imperial Assault so we can play the whole base box campaign with painted figures and with only 3 models left to do, this seemed the easy box to tick off. 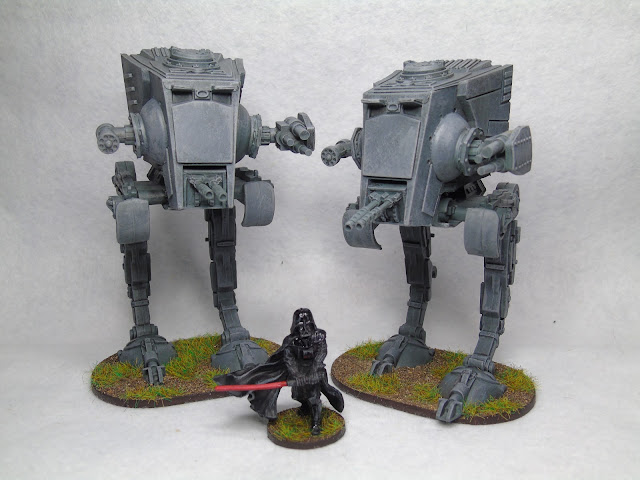 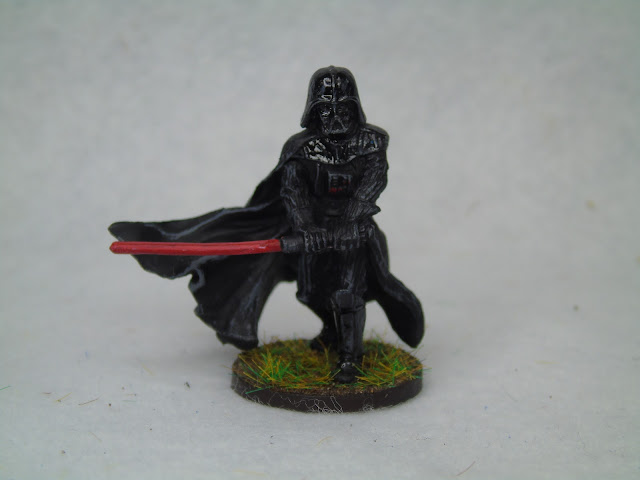 The biggest issue with painting Darth Vader was there actually isn't much to paint. His outfit(?) is just black, gloss or matt, and even the detailing is in black. So the bit that took the longest was applying gloss varnish to the bits that needed to be shiny after I had already varnished him. He looks much better in person than he does in the photos. 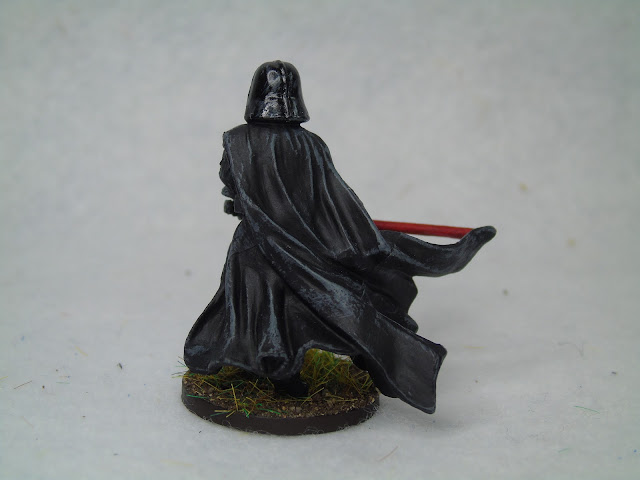 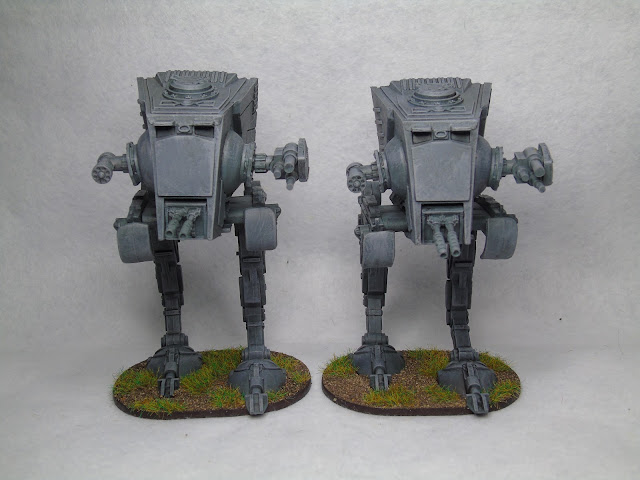 Lastly, there are the two AT-ST's. I hadn't planned on buying a second one as you never need more than a single one in the campaign (not seen a mission where you need two at least) and we had already played a mission that needed the upgraded one, so I was too late for that, but I was in Wayland Games and they had one on the shelf and the collector in me knew what to do.
When I opened the box I realised that Fantasy Flight Games have been quite clever, you get the parts for both the upgraded one and the basic AT-ST in case you want squadrons of the things for the skirmish variant of the game. So I decided to make use of this and allow my second AT-ST to be both units depending on what I needed it to be, although, I left the General off as the hatch is just going to get damaged if you try to remove it too often. 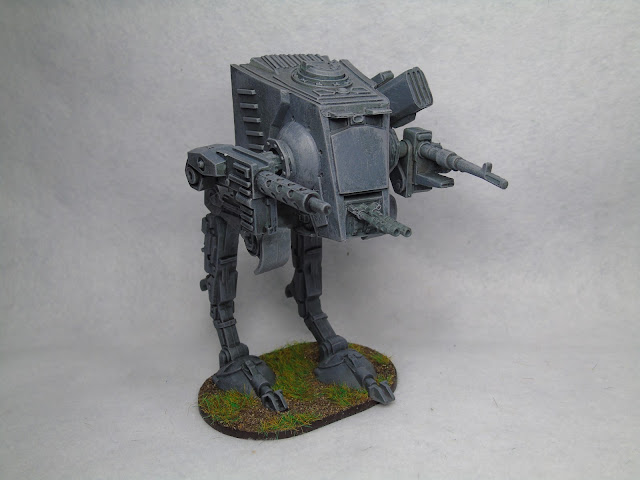 Thanks for reading
Posted by Mike C at 09:00