Before I went to University I was exclusively GW when it came to table top gaming, I tried all of their games, bar Inquisitor, at some point or another (although, I do own the rulebook and have figures for it stashed away somewhere), but the games that really took hold and I found myself playing more than any others were 40k, Necromunda and LotR. When I left to go to uni, my gaming group also disbanded with my normal three moving to Wales, Spain and Nottingham between them, which is what lead to my years of minimal gaming while I found a new group to play with.
Since then, every couple of months or so, I stumble upon my two Necromunda gangs, which leads me to having a nostalgic reminisce where I decide that one of my gangs will get bumped ahead in my painting queue before something else distracts me again and the figures are left in my case for next time. But we have now had the news that Necromunda is the next specialist game getting released and this has put a deadline on getting my gangs fighting fit so I can try the new rules on release. 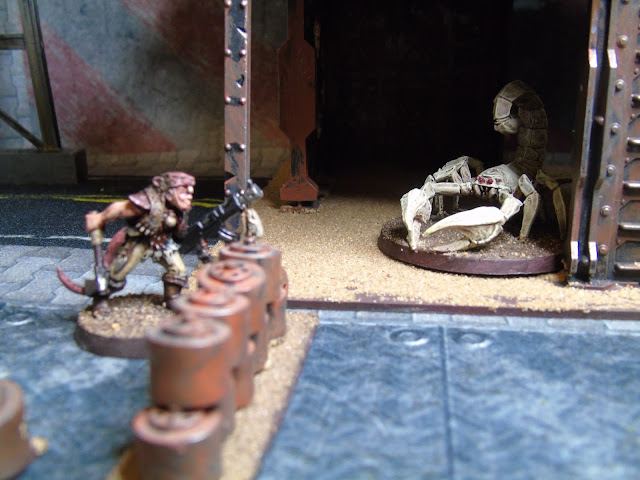 While I strip the old paint off my gangs and work out what colours to paint them in, I figured that getting some work done on some other Necromunda related models would keep the bug going, so out of one of my cases came the Ratskin Scout and out of my lead pile came a giant scorpion.
The Ratskin scout was a must hire for the first 2-3 games in the current* rules and as the colour scheme was obvious** he jumped the queue.


* Replace with old if reading
this later than September 2017.
** Brown, brown, a little bit skin
tone and a touch more brown. 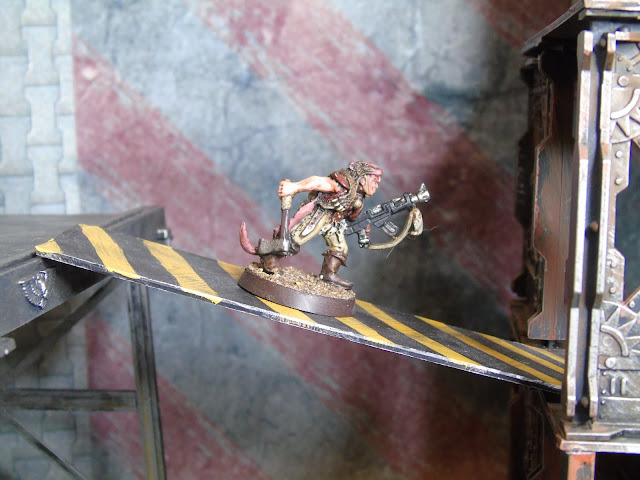 When we used to play the game, we used to mix up scenarios quite a lot, either adding a raid on an arbite head quarters to get a lot of cool gear really quickly or monsters attacking us when someone's gang was getting too strong too quickly. We always used to use whatever big based model we had to hand to represent the monster as our funds never went far enough to finding anything better, and it was something that I wanted to change but didn't know where to look, when I saw Heresy Miniature's giant scorpion model I knew I had my answer. 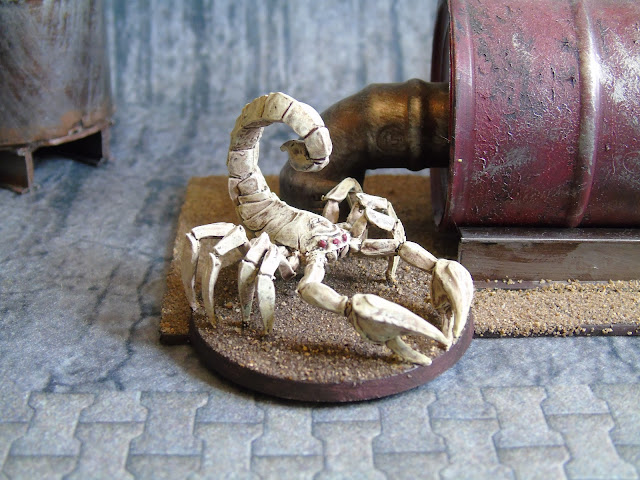 Thanks for reading
Posted by Mike C at 09:35

Email ThisBlogThis!Share to TwitterShare to FacebookShare to Pinterest
Labels: Necromunda