The Skirmish At Much Dithering

A couple of Wednesdays ago saw the first game of English Civil War using the Pikeman's Lament ruleset. The Earl of Essex's regiment of foote lined up against Sir Allen Apsley's regiment of foote at the village of Much Dithering. Both sides had 30 points, but with slightly different make ups based on getting sides to feel right - Royalists feel more right with an extra couple of units of cavalry - which left the Parliamentarians with the field gun and guard.

In the build up to the game I had been frantically painting and these are what I got finished in time for the game; 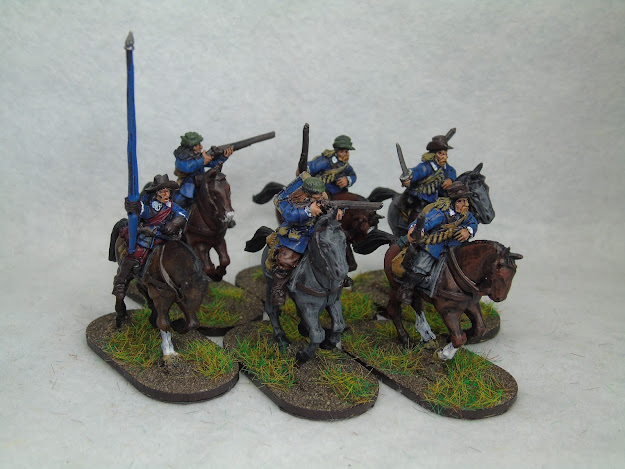 A pair of mounted dragoon units - I still have the foot versions to paint and banners to put on. 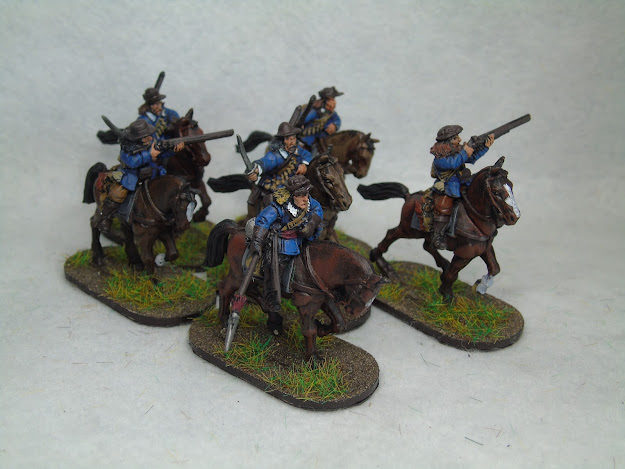 A unit of flintlock armed shot - but using regular shot rules as I doubt on the scale we are looking at there would be much difference. The jackets match those worn by the cannon crew, so are from the same unit. 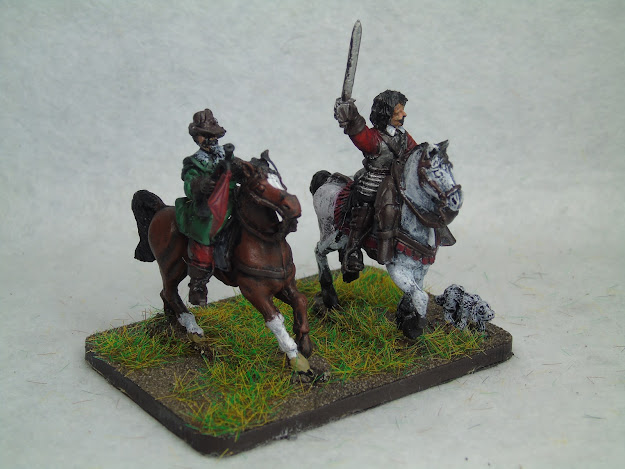 Something I've started doing - stolen shamelessly off my mate Neil - is do separate command for armies. While the rules say that one model in a unit from your army is nominated as the leader, some periods make more sense with a leader slightly detached from the fighting, e.g. a Napoleonic Colonel with aide du camp directing from behind while captains and lt's push units forward.
So I built a base for each side and tried to make each look like the right flavour. 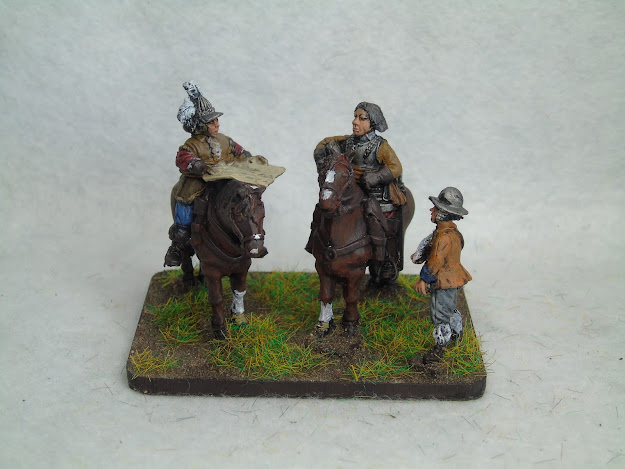 Then the skirmish itself. The village of Much Dithering is a quiet village, but as it is situated between two Royalist and Parliamentarian strongholds, it seems doomed to see action. 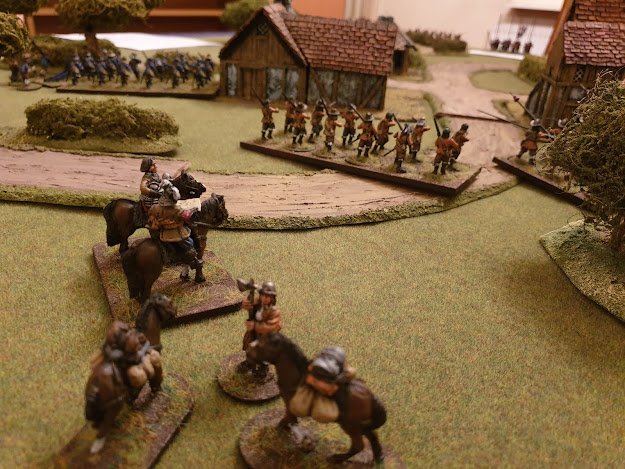 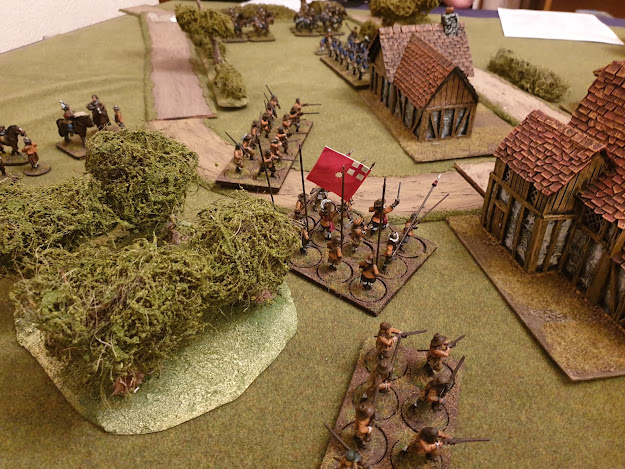 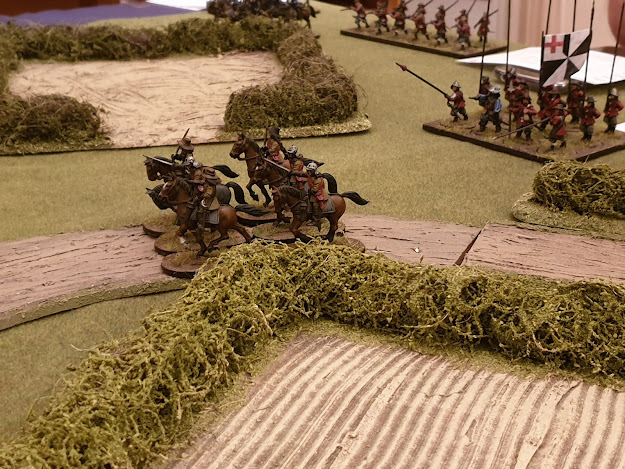 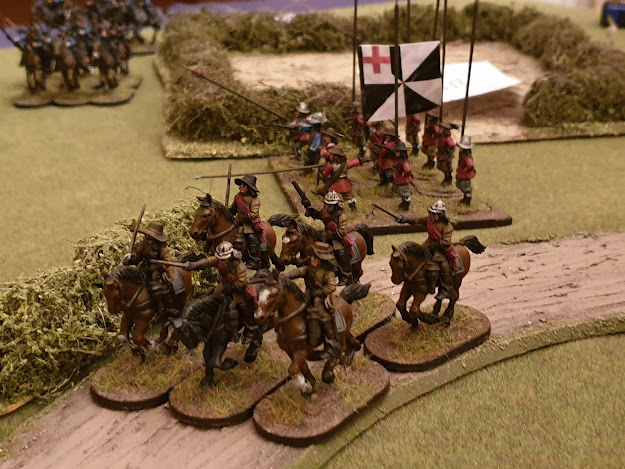 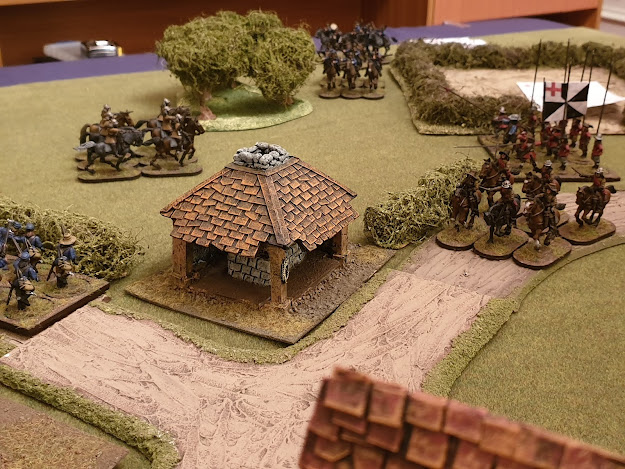 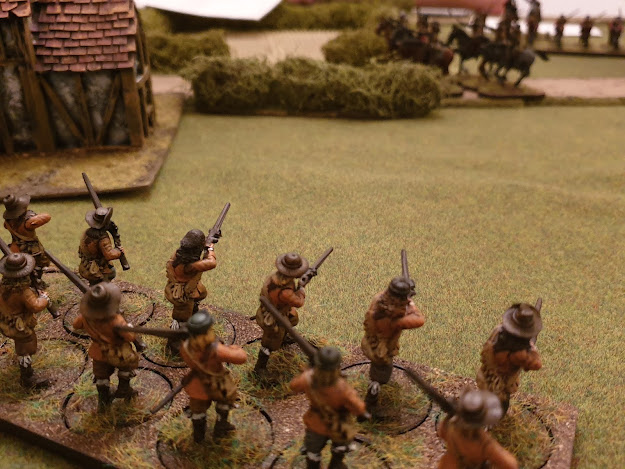 While we didn't get very far into the game we decided we enjoyed it enough to arrange another game the week after.