Picnic in the Park

I recently got talked into a game of Bolt Action's new campaign; Operation Sea Lion, based on what would have happened if the Nazi's had invaded Britain after Dunkirk. While I am not all that enthused with the ruleset at the moment a chance to get my VBCW models onto the table was not a chance to miss, so I duly popped down to Wayland Games and picked up my copy of the campaign book, managing to bag one that had the Winston Churchill figure attached.
This all lead me to, not only to go through my box to find out what sort of army I could put together, but to also see what I had that still needed painting and this post is about what I found; 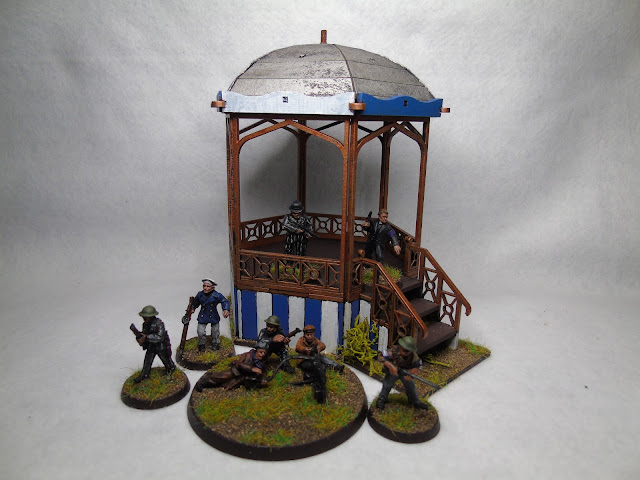 After seeing the Warlord Game's paint job for Winston Churchill, I decided to give it a go myself, then, after getting strangely confident, I decided to copy the pin stripes onto a few other figures, my reasoning being that there is only so many brown or grey suits you can paint in a single militia before it starts to look like a uniform in itself.
Going left to right we have; Winston Churchill from Warlord Games (I plan on just running him as a militiaman with an smg), the sailor with the lmg is a converted Black Tree Miniatures model (fairly sure he is from their Dr Who range), while the mmg and 3 other guys are from Footsore Miniatures (I plan to use the priest as a secret service agent). 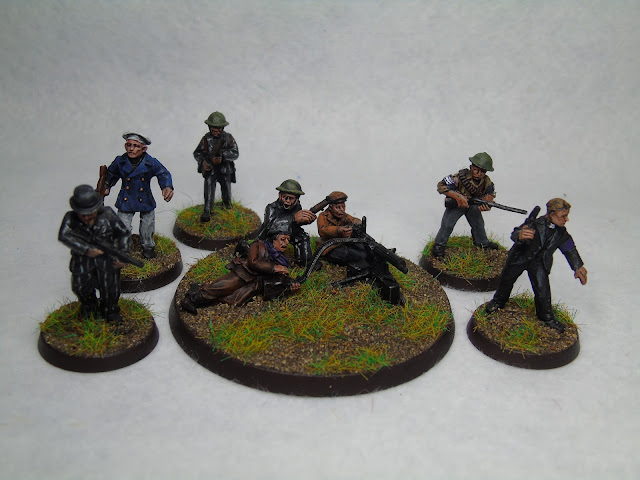 The bandstand was bought at Salute a good few years ago and sat languishing on a shelf, built and partially painted. Along with the postbox and police box from a while back, the bandstand will be an essential component in making the game feel a bit more like it is taking place in Britain rather than just another nameless field in Europe. 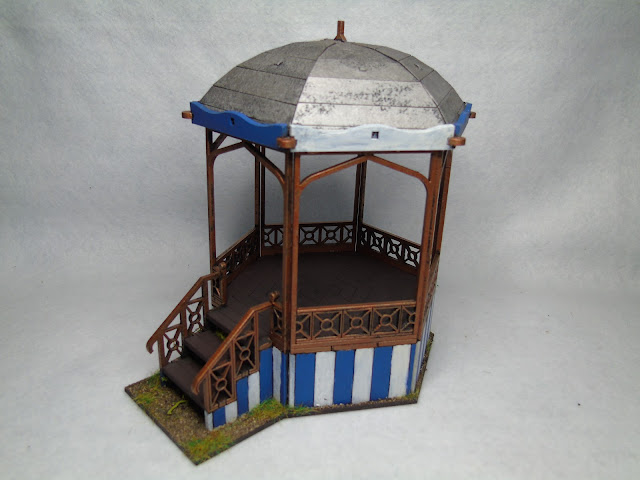 Now Operation Sea Lion has rules for a women's archery club, which feels remarkably VBCW to me, but where to get the figures?

Thanks for reading
Posted by Mike C at 08:31