The 3rd phase of my ACW project has focused heavily on the Union side of the conflict and today's post isn't going to drastically change that, but I did want to add something useful to my Southern army before I moved onto other projects for a bit and the obvious thing to add was a unit of cavalry. I've had a mental block on painting cavalry for years, which is why my armies tend to be entirely on foot, and this has led to my pile of potential including a worrying chunk of cavalry units that haven't made it into finished armies* but this has changed with the vast numbers of Union horsemen I've churned out recently. I already know what my next project has to be - due to a looming deadline - but I am now very tempted to pick another unit of horse from my backlog to focus on as well. 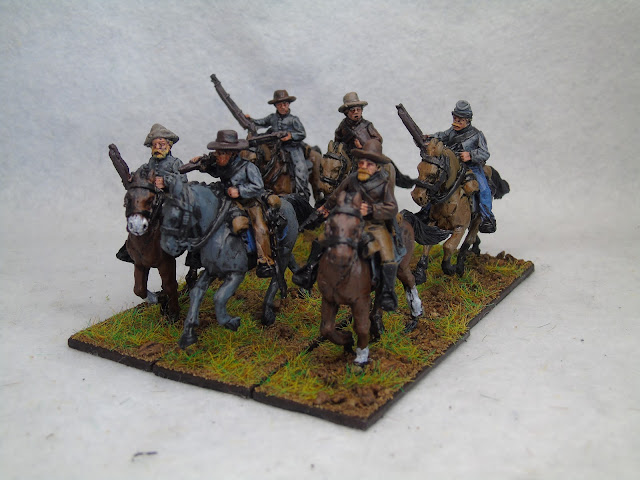 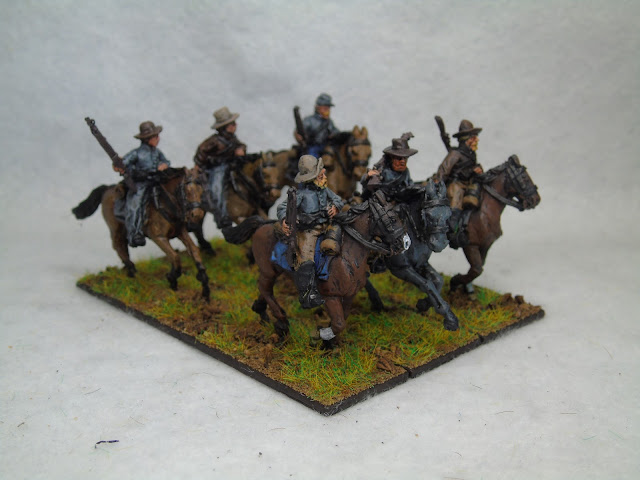 Lastly, I don't normally post a huge amount of games up on here - something I probably do need to change - but we played a game of Rebels and Patriots round my mate Neil's house recently **based on a battle in West Virginia called the Battle of Pine Mountain, which gave me a chance to get all of my toys out in one go***. According to Neil, the game played to a fair representation of how the battle actually went, with the Confederates losing badly in the last few turns after doing really well for the first half****. 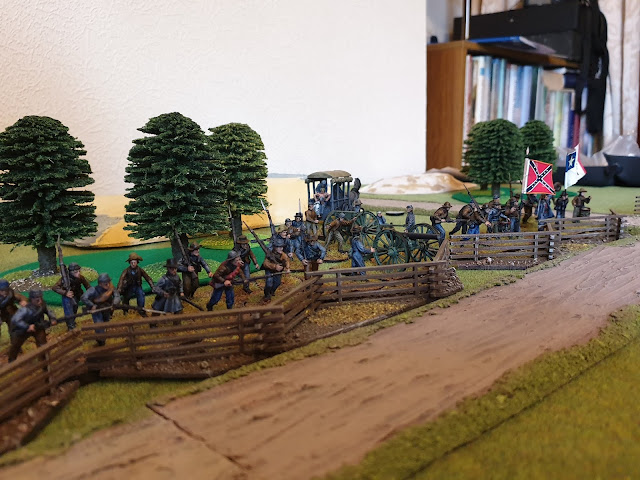 The Confederates trying to stem the tide and hold the pass - but it was too little too late.﻿ 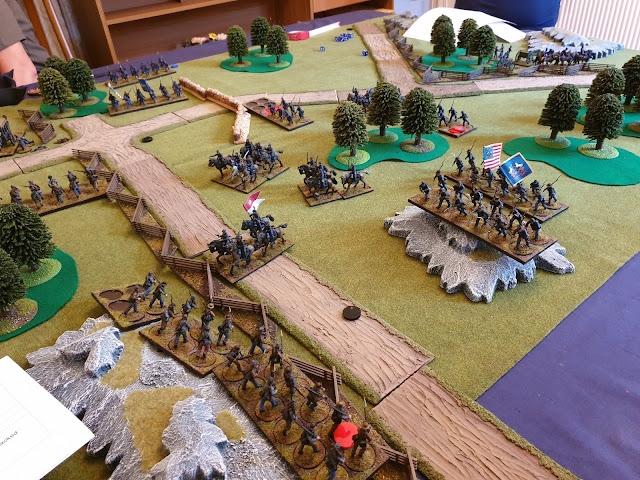 Thanks for reading
Posted by Mike C at 09:31