Hordes of the Things

The go to game for anything regiment based, be it fantasy or historical, at my club is the DBA adaption Hordes of the Things, HOTTS, and somehow I have managed to avoid playing a single game of it. Chatting to the club chairman, Neil, I mentioned in passing that the dark ages are my favourite period of history and I really wanted to do a big dark age army, which then set off a series of events that led to this: 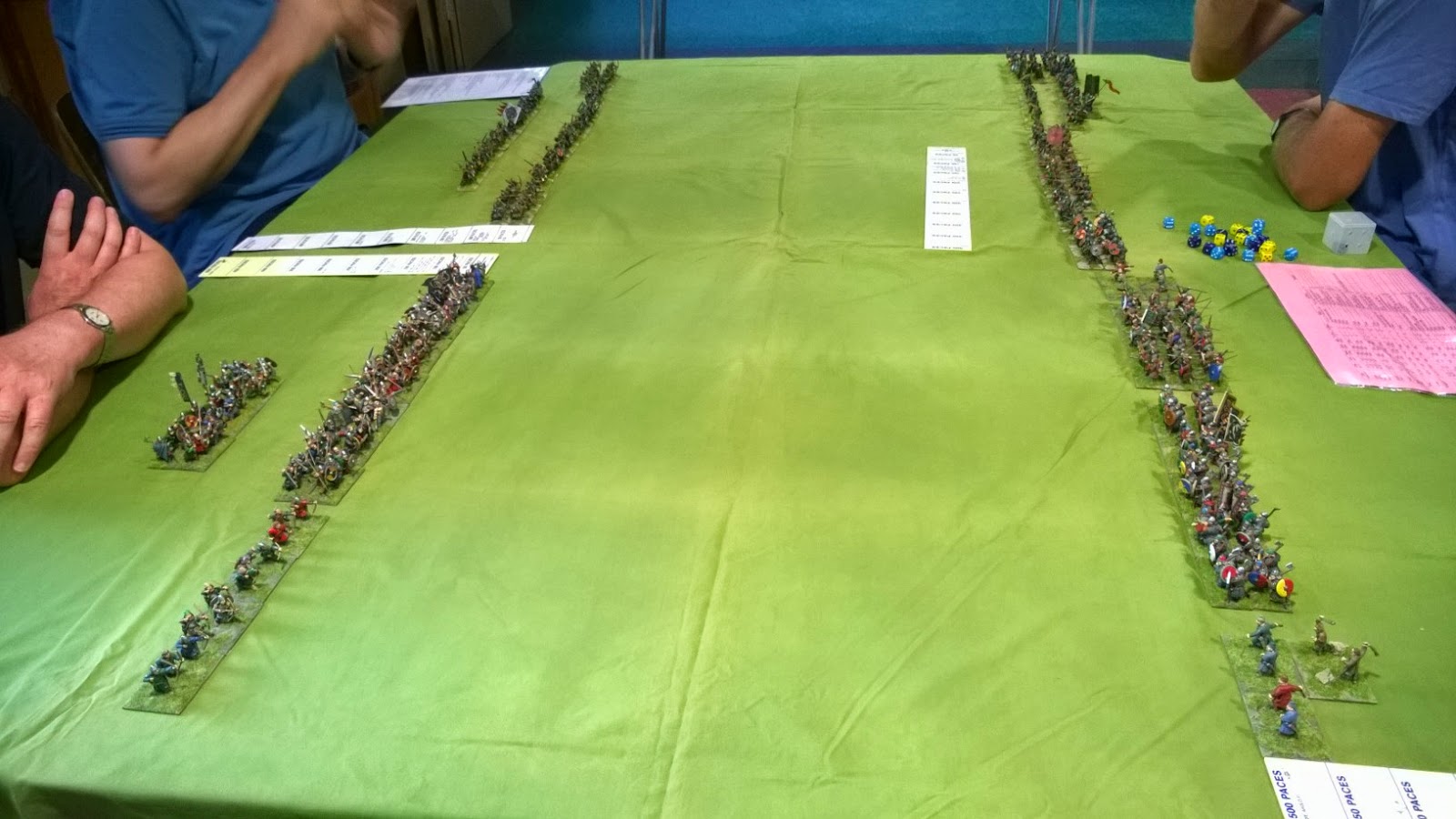 192 points on each side of dark age goodness. As I have only really been dabbling with historical gaming for the last year or so, neither of these were my armies, the figures were a mix of Neil and Chris' collections, but I took my part of the Saxon army and got ready for a bit of shield wall action. Starting from the left and going round clockwise; the Viking armies were controlled by Neil and Chris, the Saxon armies by John and then me. 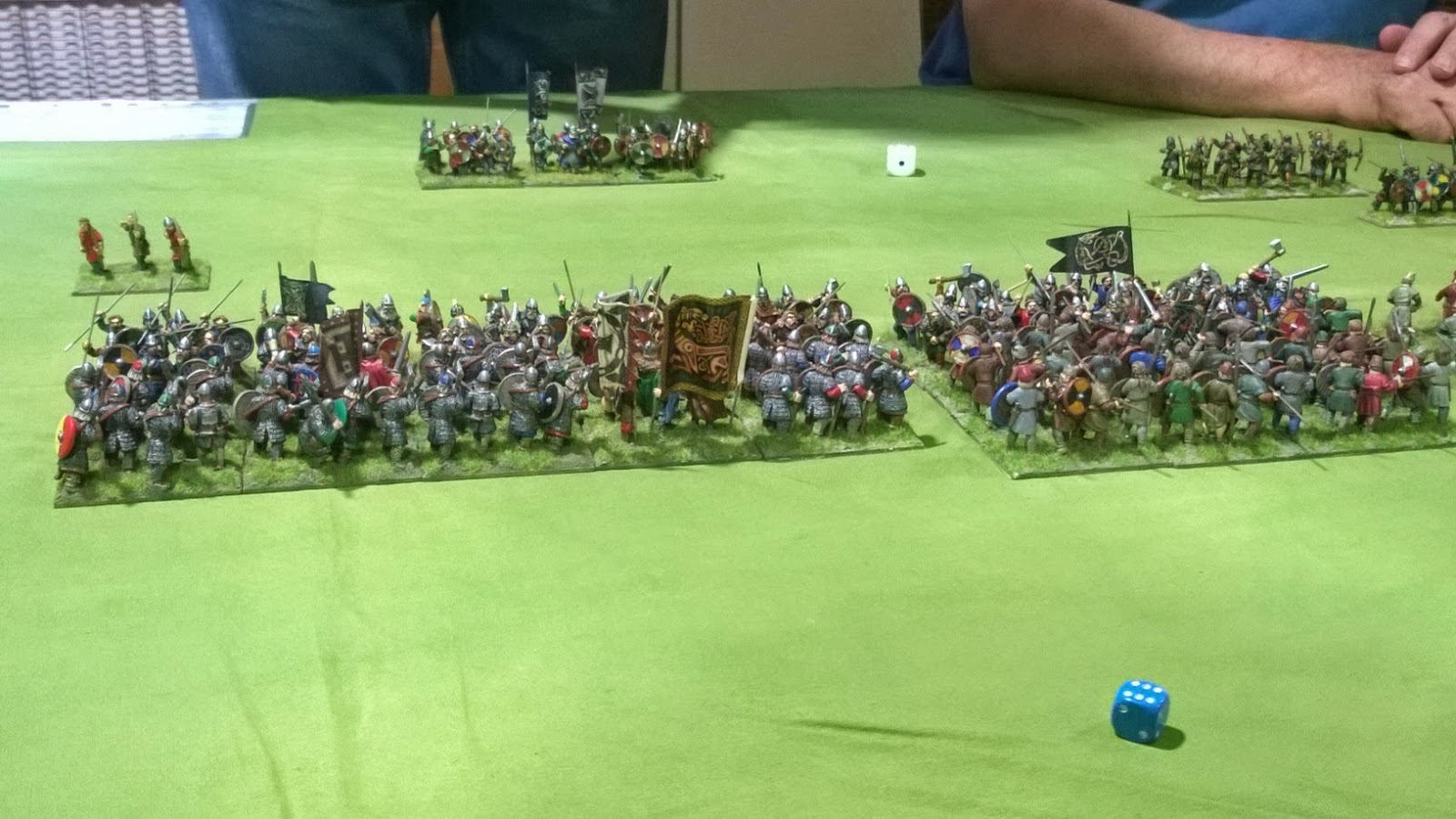 At the mid point in the game I was going to take another photo of the whole board, but because the whole of the two armies on the Saxon right flank were still lined up staring at each other, I instead focused on the Saxon left, where 3 turns of combat had already been fought. Between the second and third photos another 5 rounds of combat had been fought and in realistic shield wall style, the casualties hadn't been decisive, it was just grinding the opponent down by pure attrition. It was really interesting to see a game whose mechanics mean you need to try and keep the line of combat straight, the weird steps that appear as you win or lose combats ultimately weaken you, so even if you are winning the majority of the combats, sometimes the clever move is to retreat certain elements to strengthen your line again. 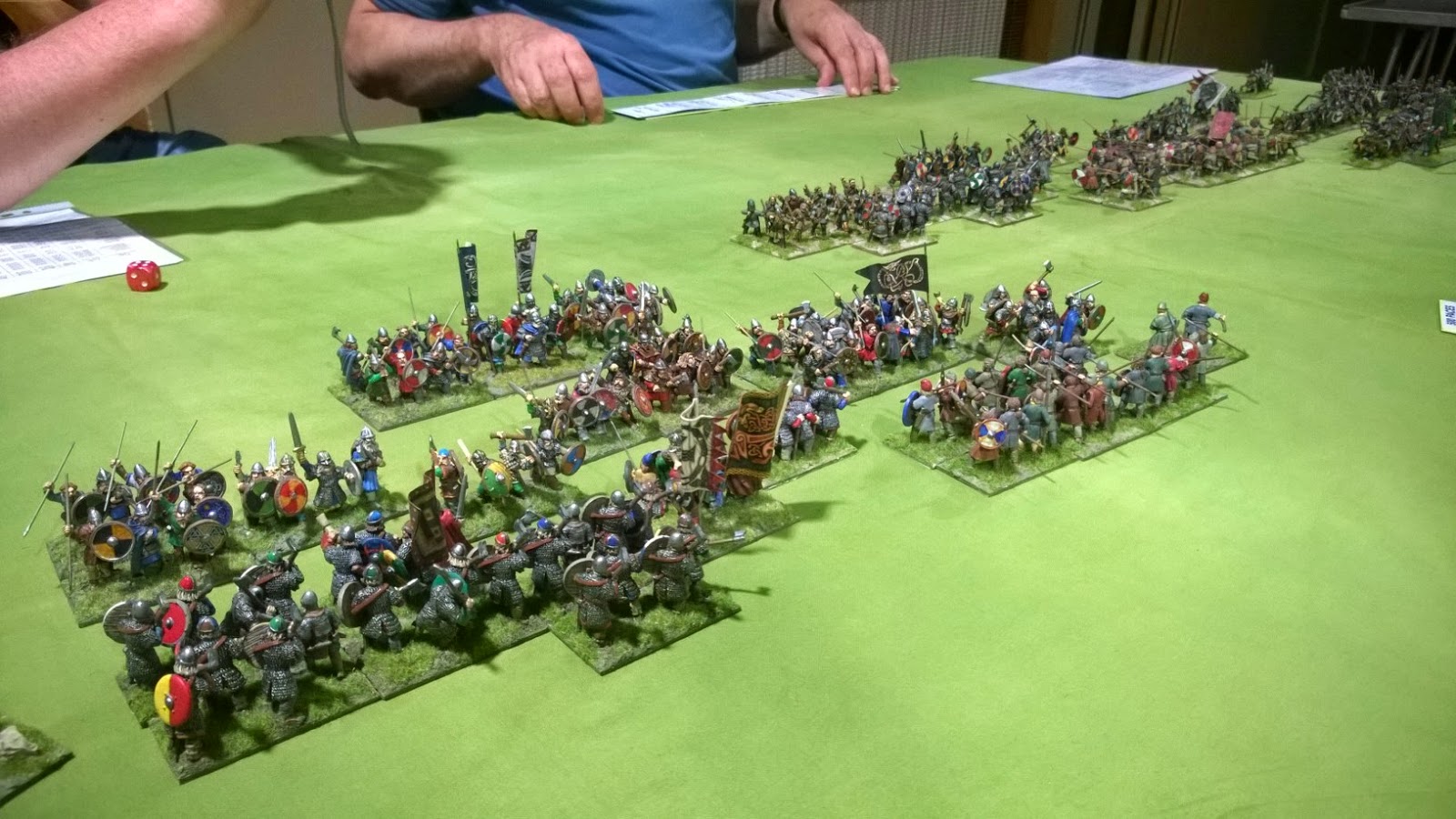 The game was set up slightly too late into the evening, hence no scenery and the fact we didn't get to finish, but it gave me a taste of what I was missing out on. So now armed with a copy of the hordes rulebook, a gripping beast catalogue and a list of base measurements, I am ready to start my own army.
Posted by Mike C at 11:29

Email ThisBlogThis!Share to TwitterShare to FacebookShare to Pinterest
Labels: HOTTS