With the news that I may have just found some local opponents to learn the Solway gaming club's very British civil war rules 'Went the day well?' with, it seems fortuitous that I have now finished my platoon to play that game with.
Up first are the remaining men that now complete my VBCW Albertine platoon, the regular British army troops and the militia nco who is wearing the jacket and cap of a serving soldier. 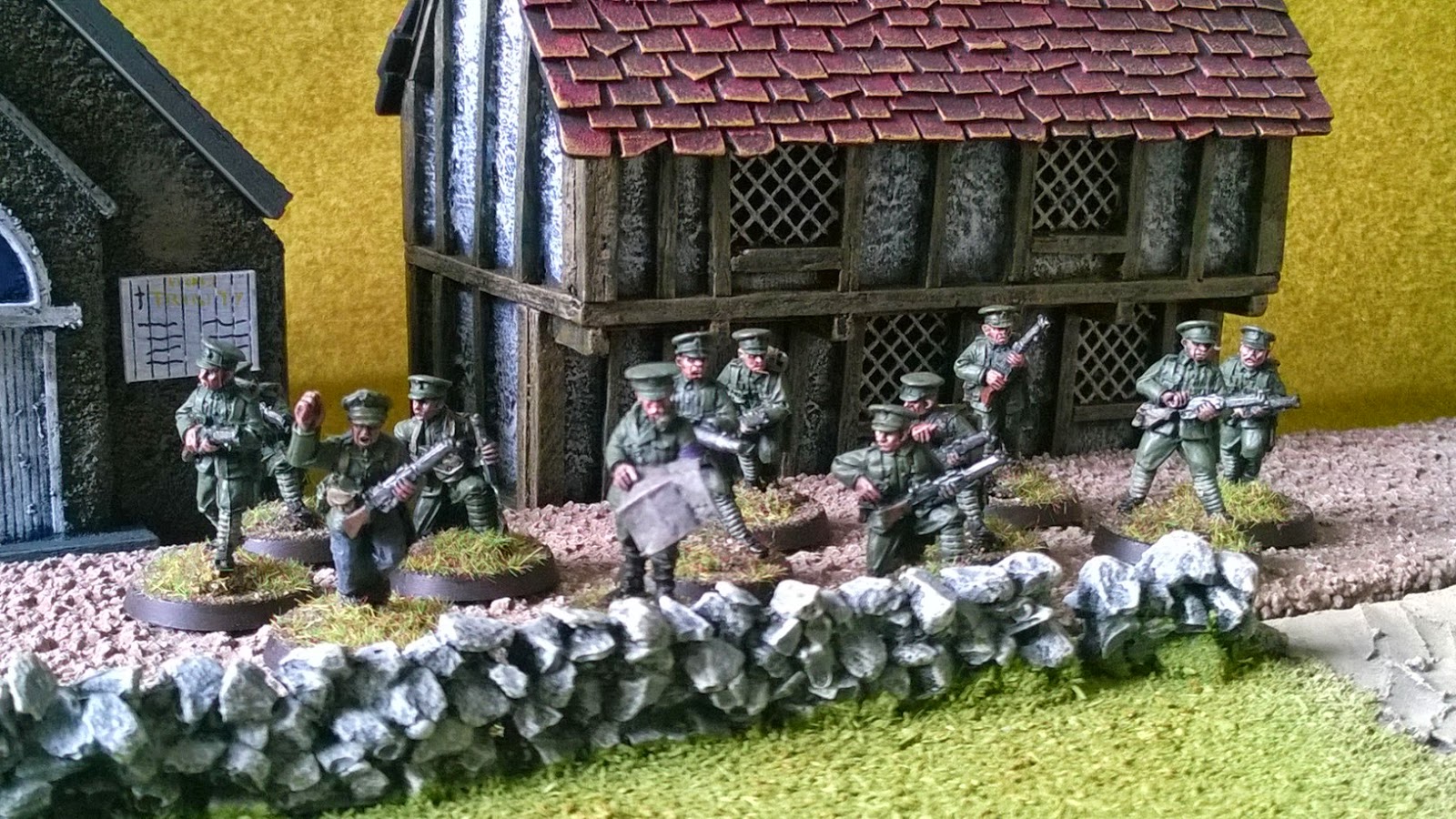 This is the full 35 men I need to make my platoon, and as my army grows some of these units will be moved around into other platoons and I might even muck about with the composition of the command group to reflect the platoon they will become part of. At the moment though, my platoon is made up of one unit of trained rifles and two units of untrained militia, plus their command. 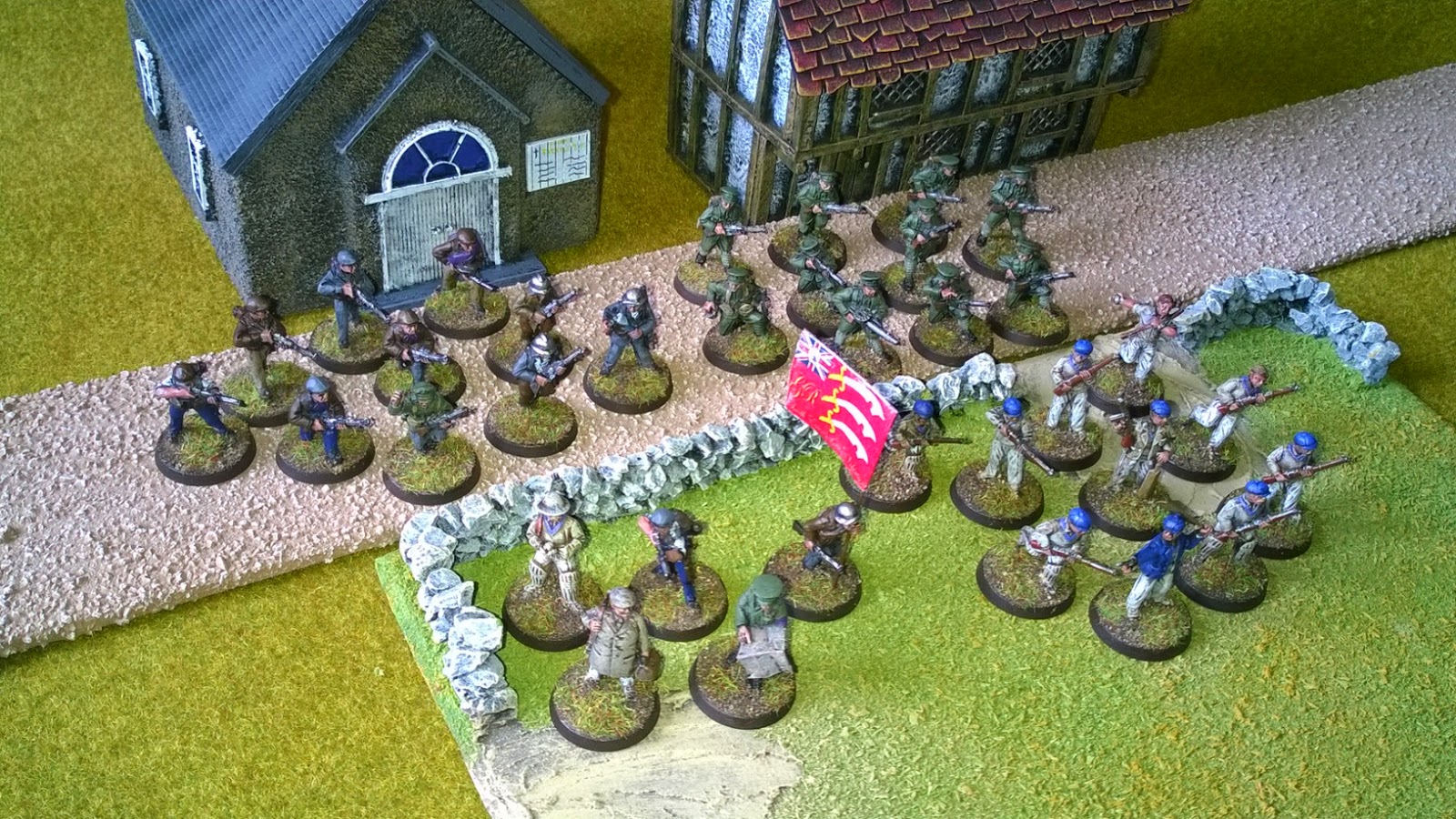 My command group is supposed to look like the best of units mixed into one unit to better unify my force. A regular army officer to command, two militia men, a local doctor as a medic and a cricket umpire to be in charge of signals. 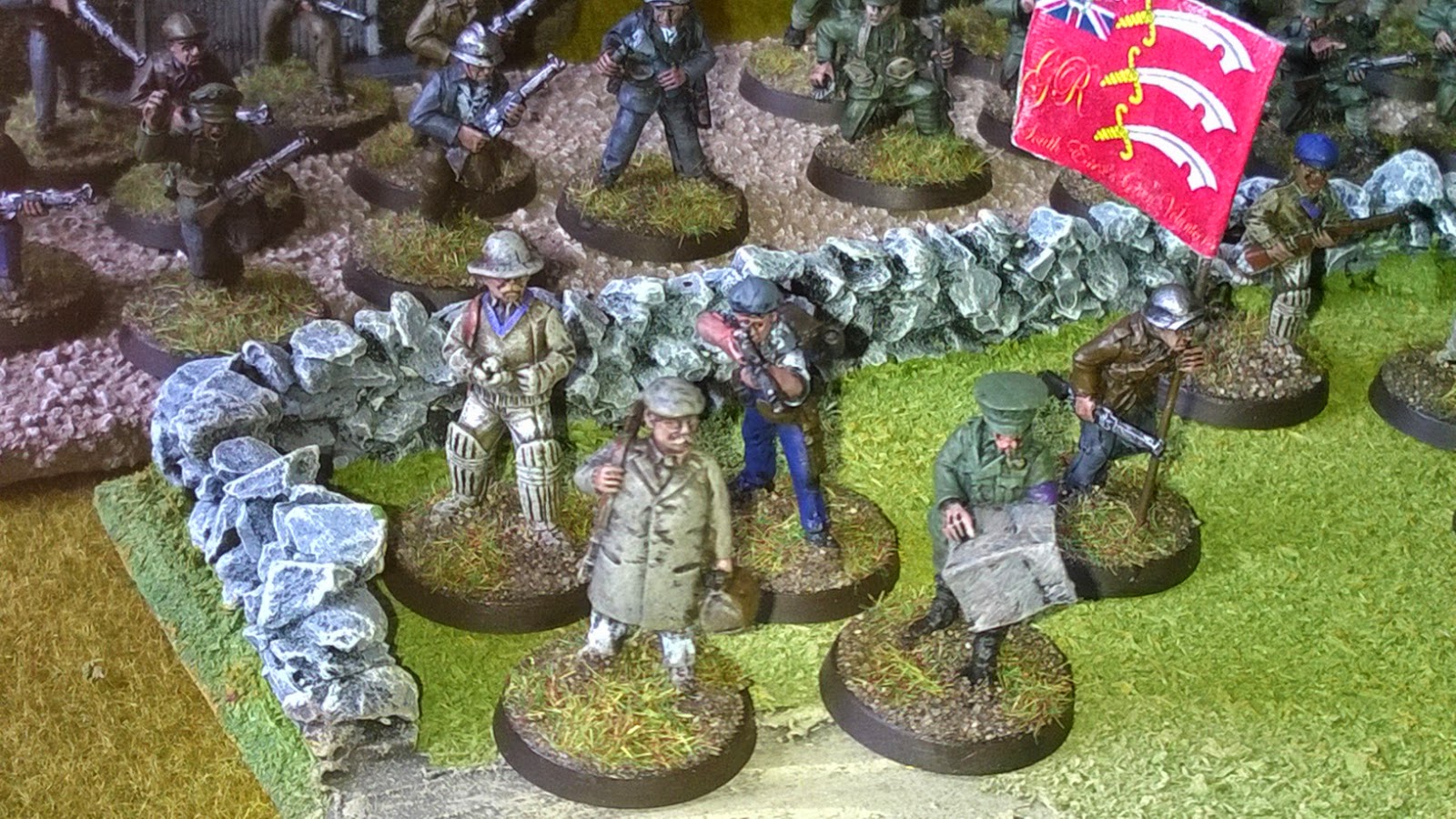 These guys are probably still my favourite unit so far. I just love the look of a unit of cricket players, armed to the teeth and ready to fight for their cause. 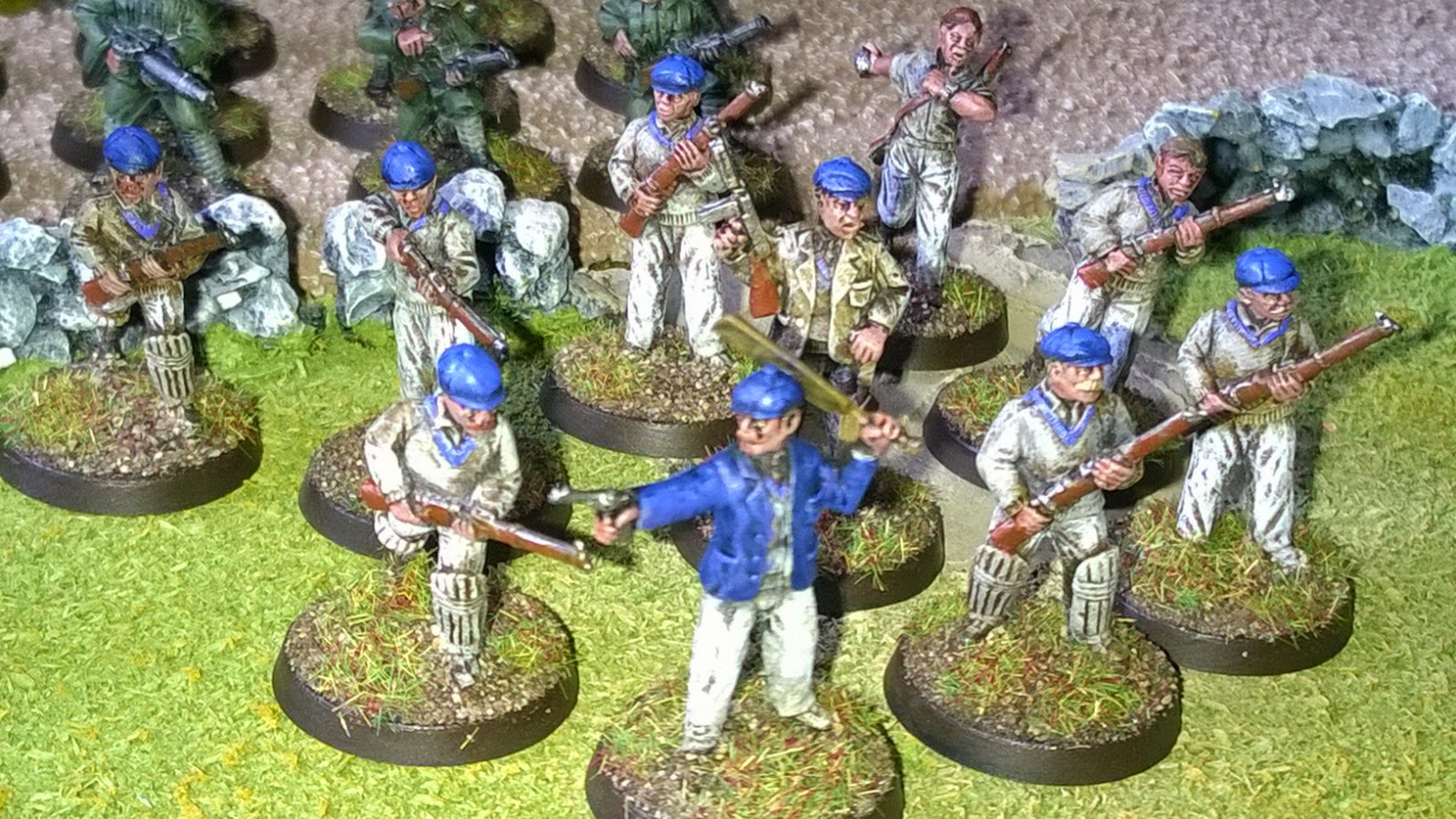 My bog standard unit of militia. I given the nco part of a regular army uniform to give him an element of authority with the men. These sort of units will eventually make the bulk of my force, so expect a lot more of them to appear on my desk in the coming months. 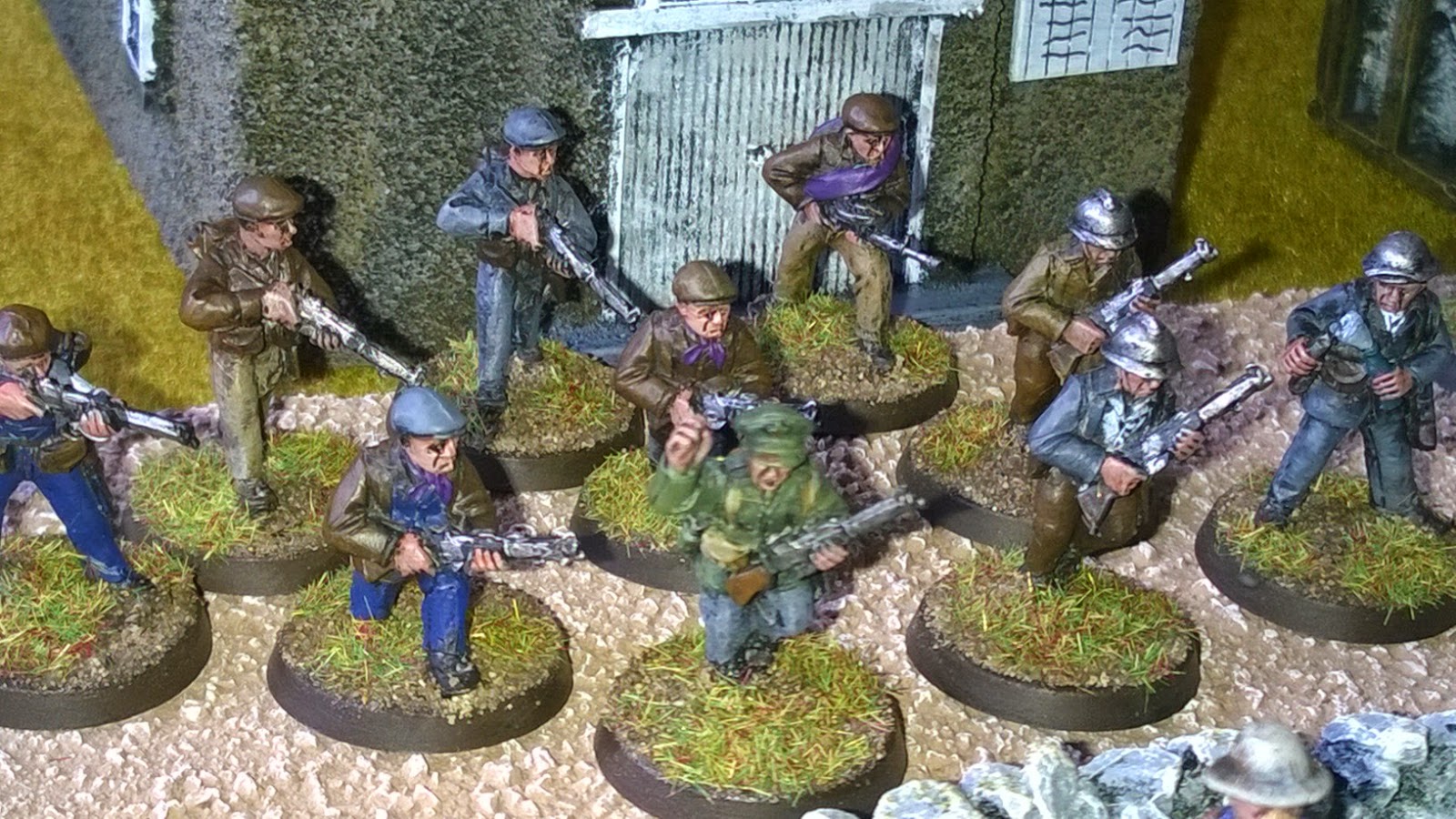 The regular soldiers are probably from the Romford barracks and have thrown their lot in with the Lord Protector Prince Albert, and they give my army an element of trained troops to balance against the green, untrained nature of the two militia units. 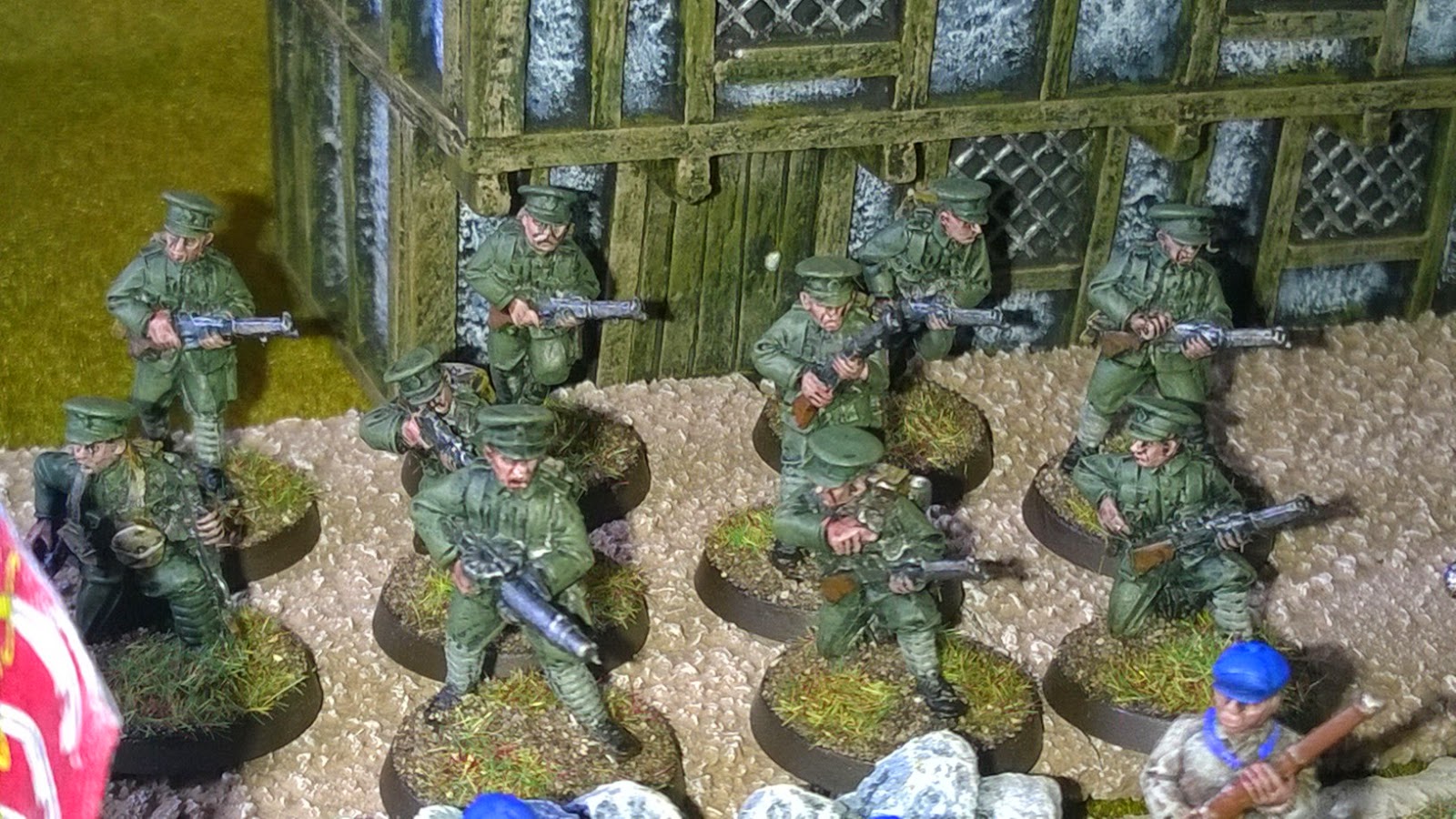