40K, where did that come from?

I have spent the last seven months focusing on all sorts of games and periods and basically ignoring 40k, at least in terms of painting and gaming. I haven't been getting anywhere near as excited about the new releases and new toys as I normally would have, all because two or three other games have almost complete control over my interest (as much as it is possible with my attention span of a mayfly), but out of the blue I have four games of 40k this week. We have a small points limit game down the club on Wednesday using 5th edition (for some reason this is my clubs rule set of choice) and then I signed up to a tournament at Tabletop Nation on Sunday, 'Smack-down on Cancer', which will be my first ever try of 7th edition. One game in seven months and then four come along in one week.
As, yet again, this weekend was a busy one, I haven't achieved much in terms of painting but I did get one project started and finished ready for Sunday.

The tournament on Sunday is a 600 point, no force organisation chart, no restrictions, set of games, so I am expecting some really dirty lists. I'm thinking there will be a lot of Imperial Knights for example. So my plan is to try something out I will never try again, and most importantly, enjoy myself. My list will comprise of four Leman Russ tanks; an all rounder in the form of a basic battle tank, a couple of tank/knight killers in the form of two Vanquishers and lastly, the newest addition to my ever growing tank company, my new Leman Russ Punisher, who will be in the list just in case I play an infantry heavy army. All four tanks have hull mounted lascannons so they can all deal with armour, but I think I have a decent spread of main guns to deal with most armies. 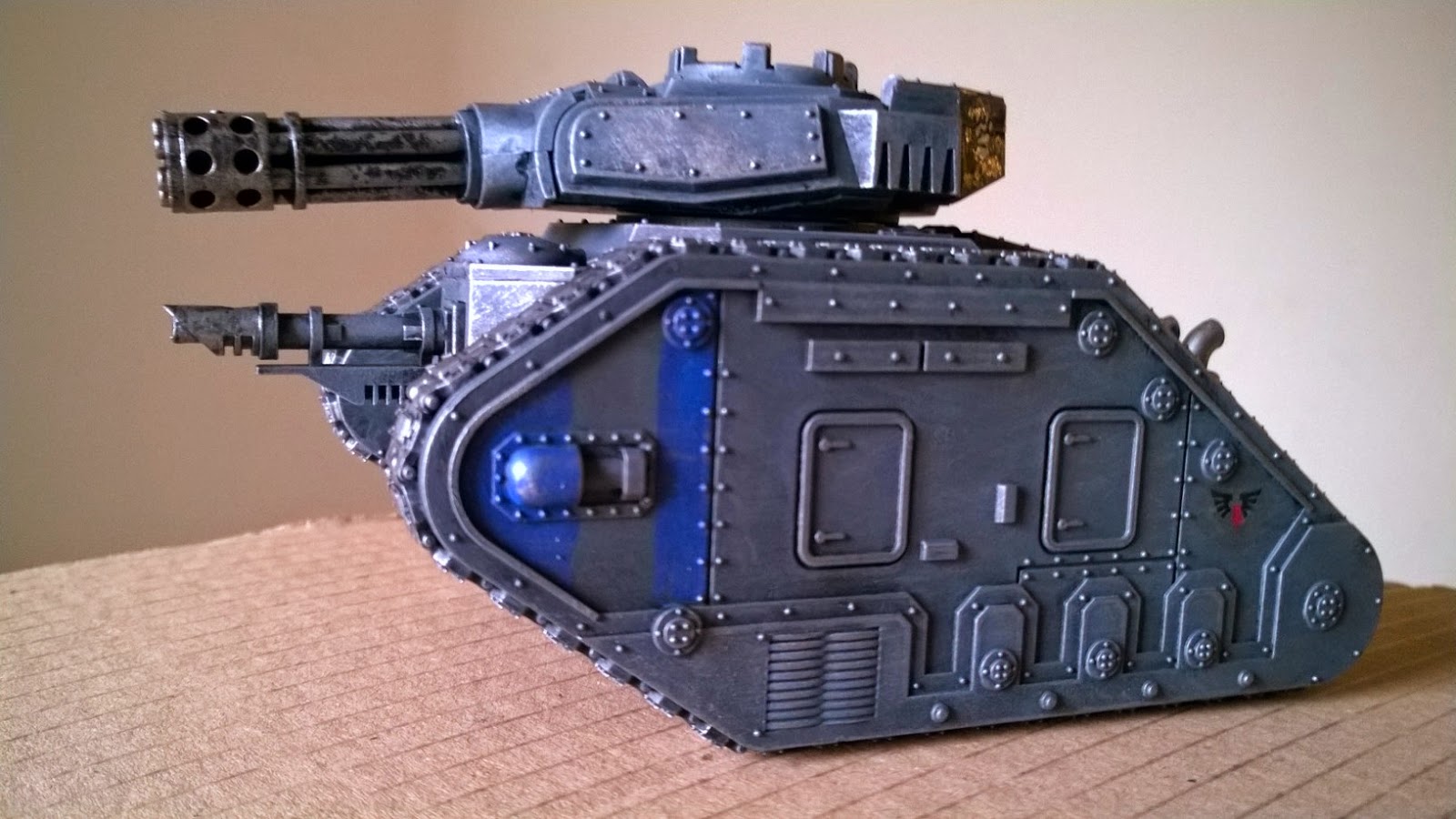 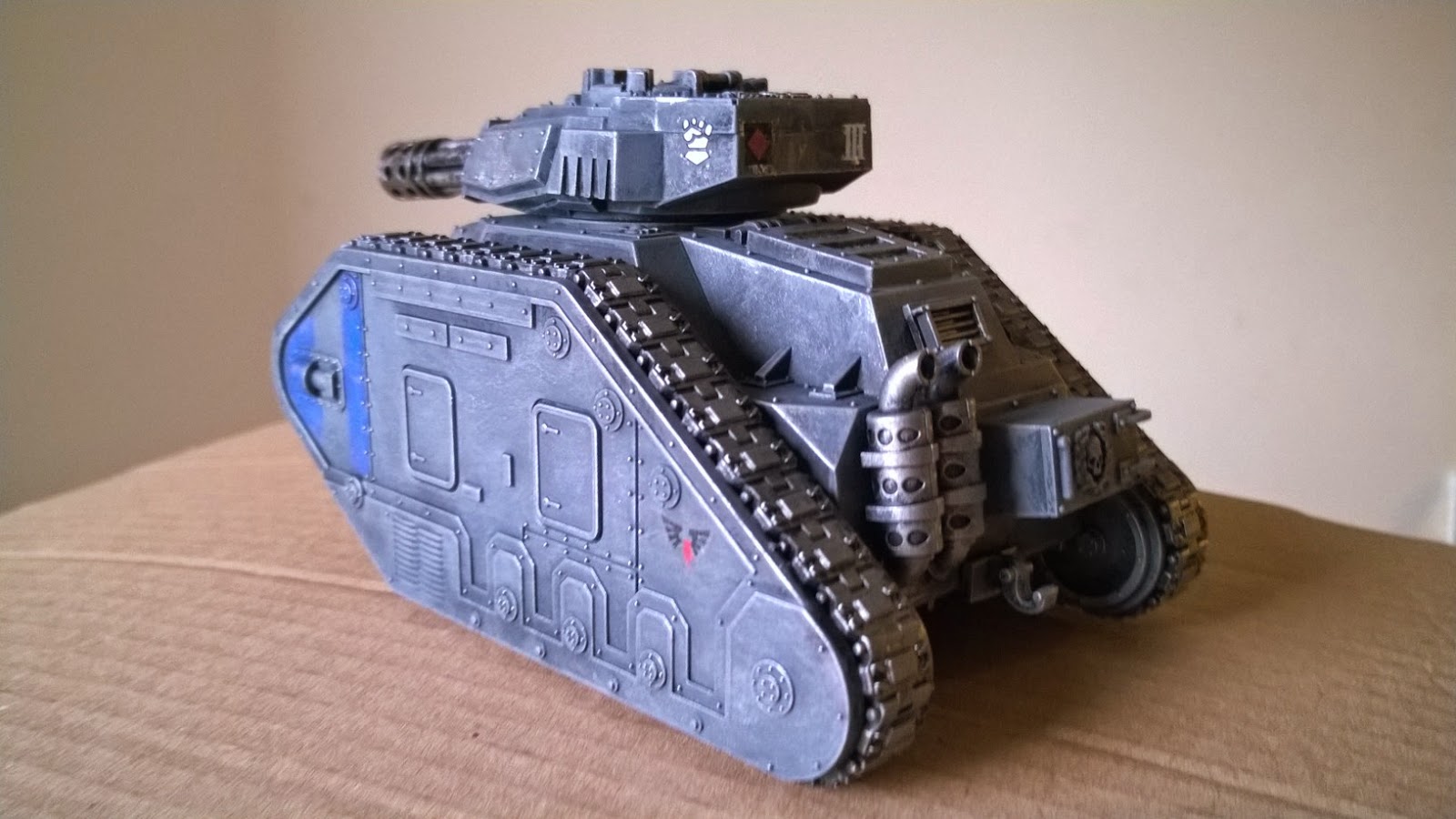 I will do a proper blog post on my four tanks and the tournament, either late Sunday or maybe Monday, but as I haven't been able to do much in the way of painting for a couple of weeks now, I thought I had better post up my one achievement. Although, with the stuff building up on my painting desk I have a few projects I am really excited about showing off as soon as I can.