I still haven't achieved any proper painting but with a spare few minutes snatched between jobs at home last night I did manage to get another few bits done. I'm sure this won't come as a surprise when I say it. but, these have been on my desk for a while. I had originally intended to mount each on a single base and end up with a massive swarm of really tiny dinosaurs but the base ended up being so much bigger than the actual models it just looked daft. Then they almost became basing detail on the big girl, and some might in the future, but I still liked the idea of them being really weak and basically ignore-able in game, unless you let them mob up, see Jurassic Park; the Lost World for details.
The figures themselves, are Compsognathus from the hlbs companies dinosaur range, like the velociraptors last month and another couple of dinosaurs still waiting to be painted. I like the fact this range focuses on the smaller dinosaurs, which then balances nicely with the easily bought bigger dinosaurs you can get everywhere else. 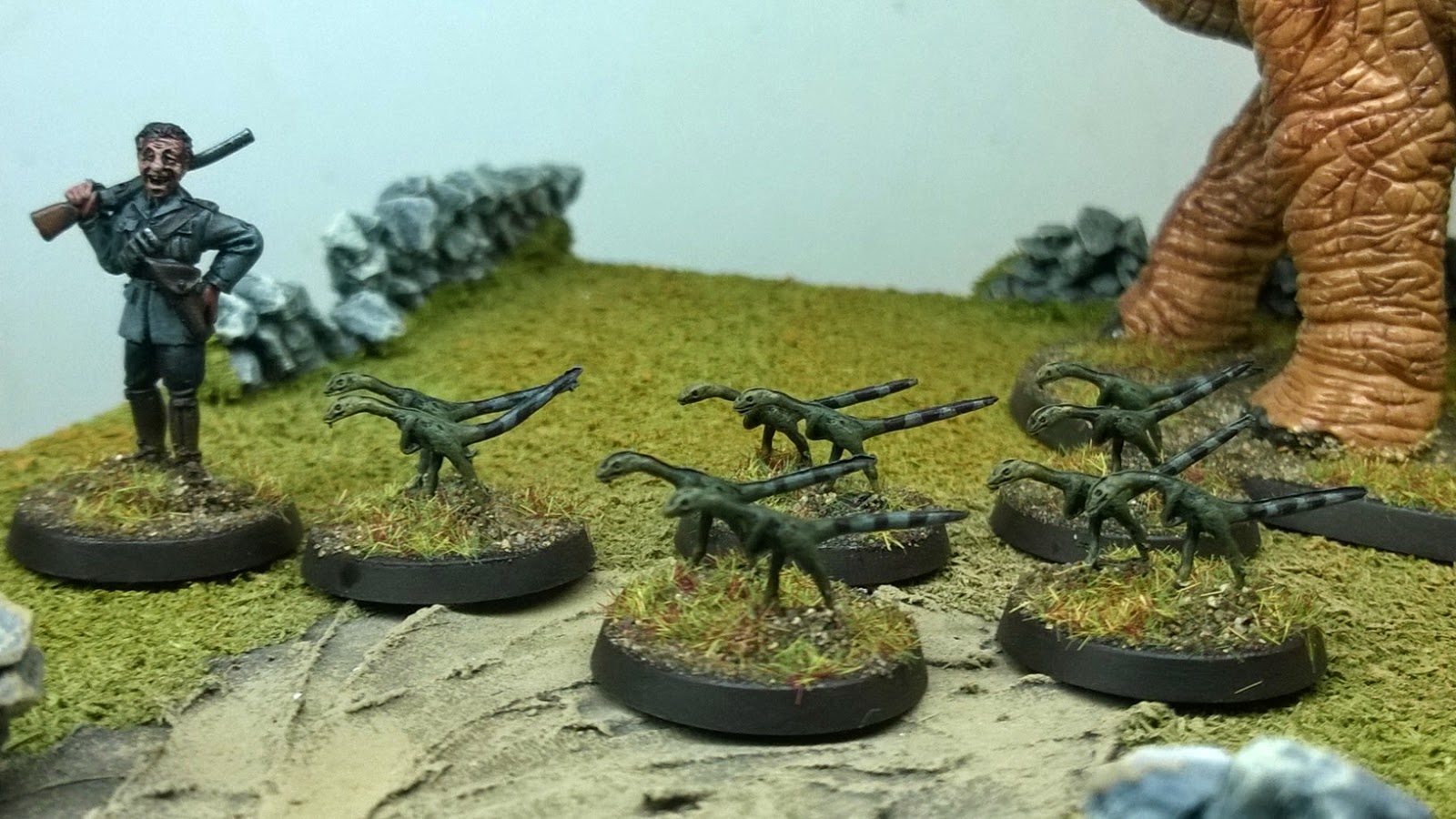 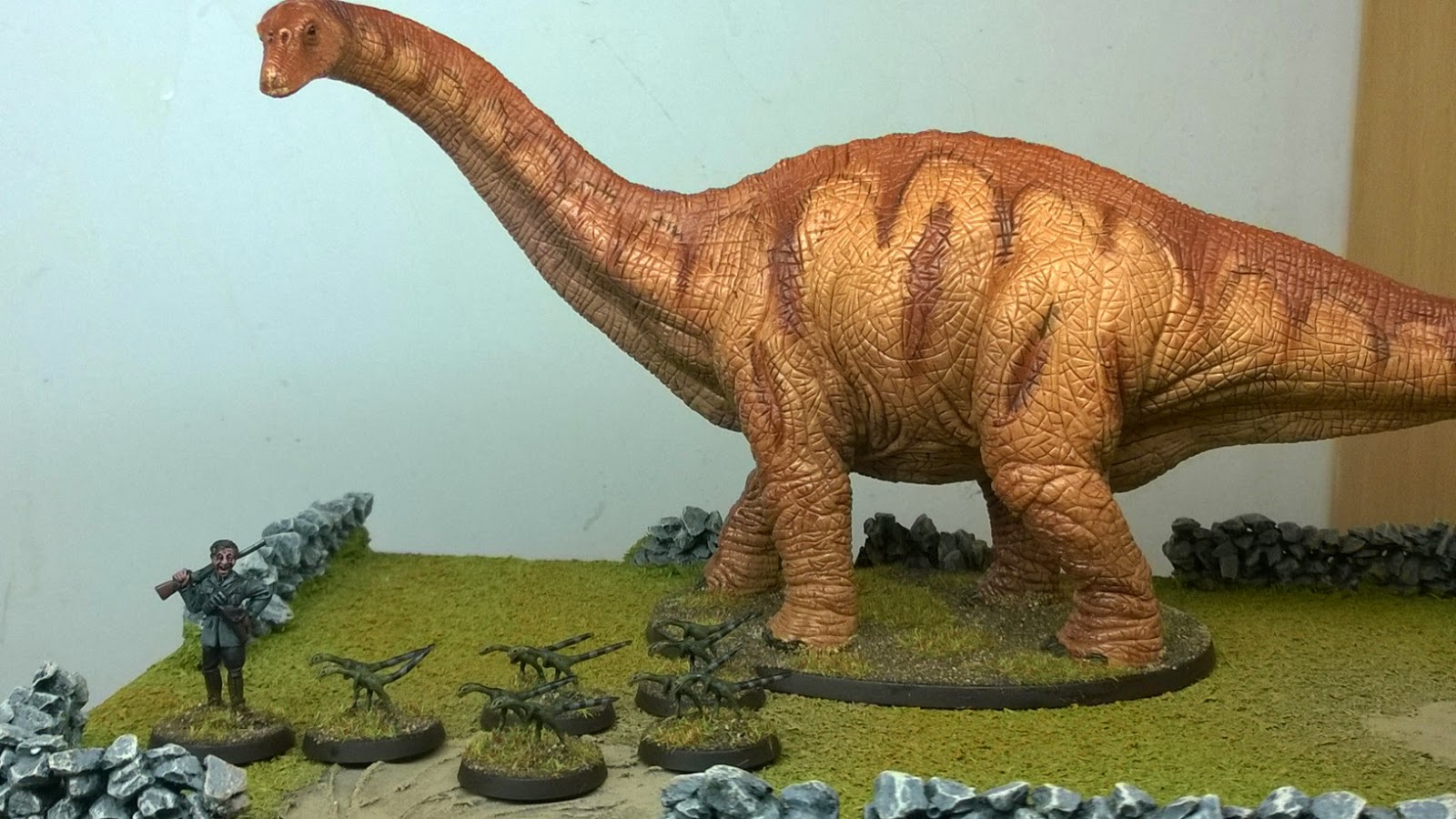 I do love the size comparison between these little guys and the big girl, really proves my point about them being ignore-able. In the future I will probably order another pack of 10 at some point, use half to really bulk these guys up and use the rest for base details on a couple of bigger dinosaurs, but my desk is covered with new projects at the moment and I haven't had any proper painting time for a couple of weeks now so we will have to see what happens.
Posted by Mike C at 07:38

Email ThisBlogThis!Share to TwitterShare to FacebookShare to Pinterest
Labels: Dinosaurs