While, for various reasons the tournament was a write off, my planned week of 40k wasn't. Even though my week of gaming didn't happen quite the way I thought it would I did get some stuff done because of it, for example, my tank company now has two extra tanks and, because I am a bit more inspired about 40k again, I do have some new toys coming. Also, even with no tournament, I still got a game of X-wing in down at the tournament venue, which I neglected to take any photos of, and I got a bit of painting done this afternoon that will form a blog later in the week. I, also, have some Lord of the Rings games planned for Tuesday, as my regular opponent has moved back from a couple of years living elsewhere.
Anyway, but on with the blog, the tanks I was going to use in the tournament;

This is the level my Imperial Guard or Astra Militarum, as they are called now, tank company is currently at. The eventual aim is to get to three squadrons of three tanks, plus a command tank, but I have already made that job a little bit harder by adding a support company tank instead of going straight for the full company.
The tanks form the first company of the Hervictus 17th tank regiment, a home brew regiment and they work in close support of the Hervictus 14th mounted infantry. 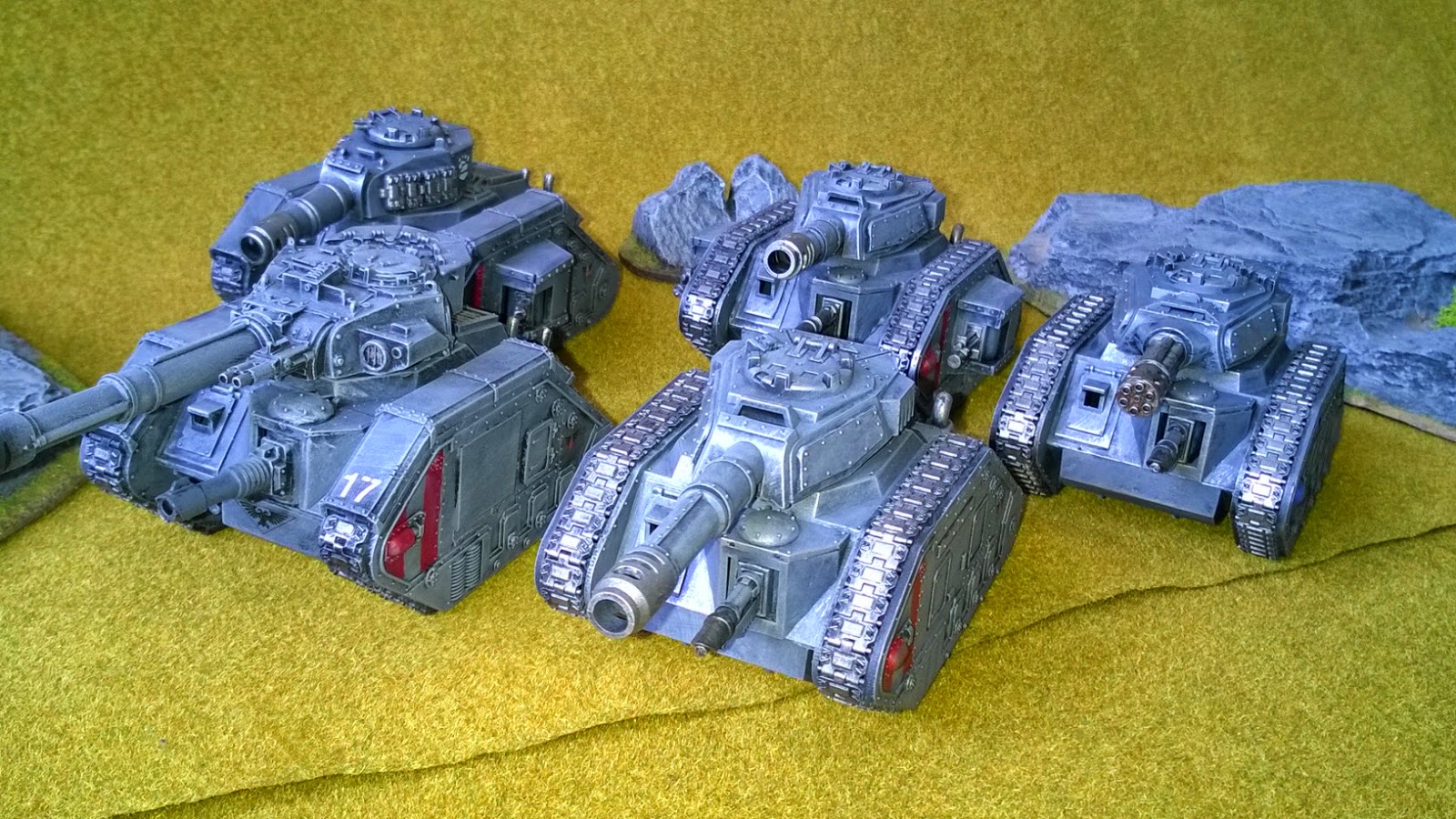 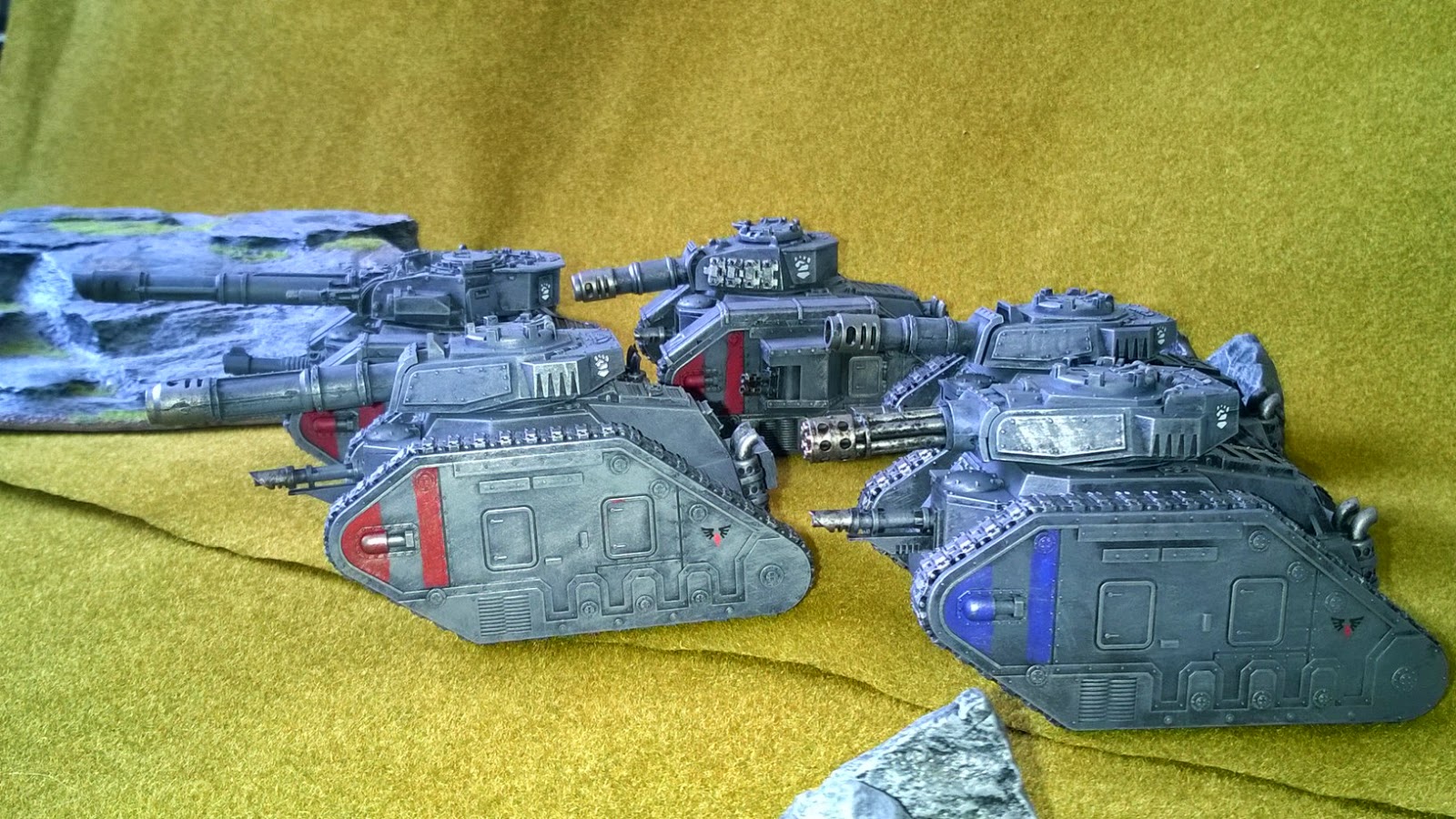 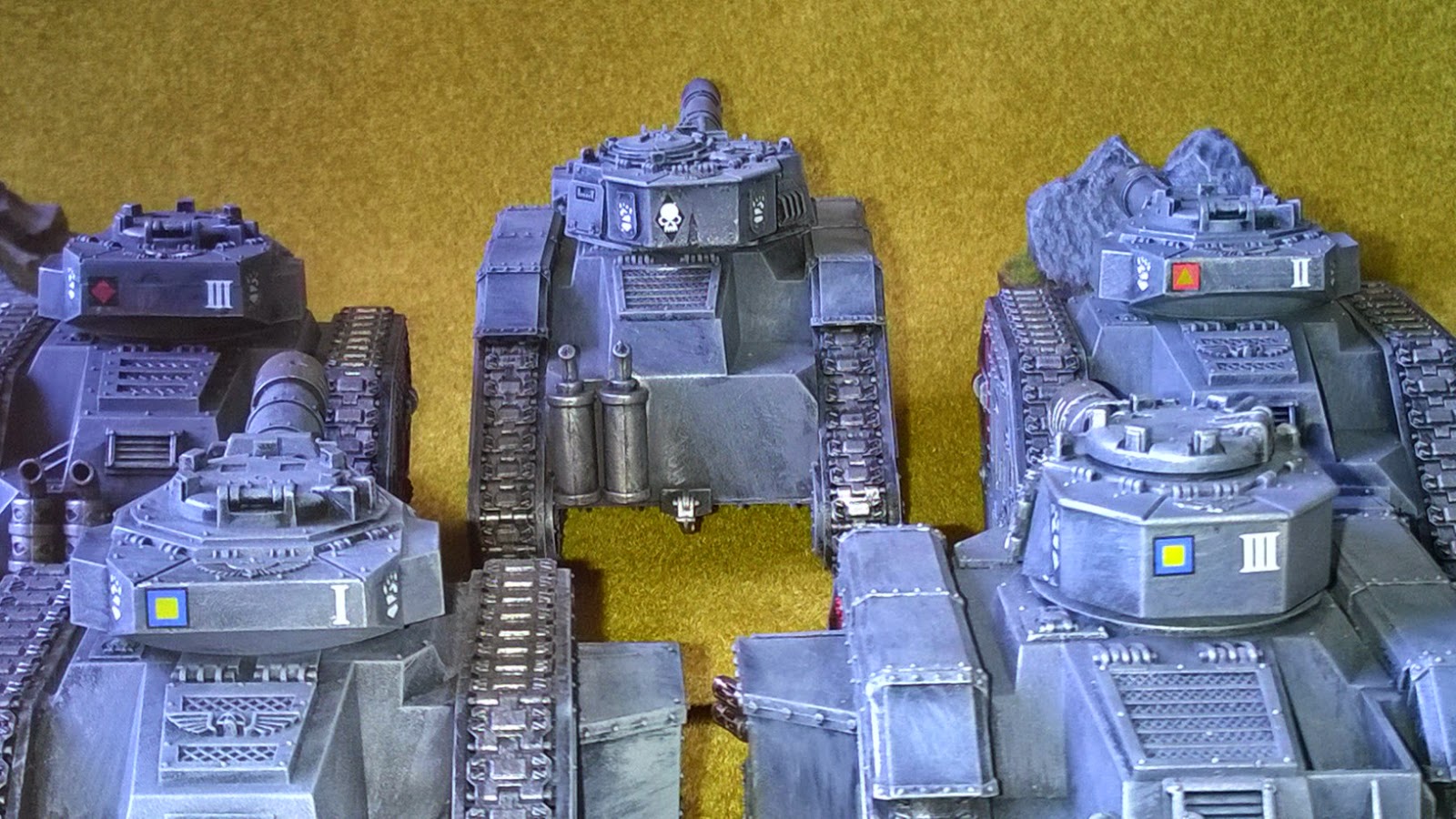 The next 'tank' is my newest addition and yet another one of my impulse buys. It is from my infantry regiment rather than my tank one as it is a self detonating remote control vehicle. Its just one of those really charming little models. The guy next to it is for pure scale purposes, although this tank will need a controller at some point. 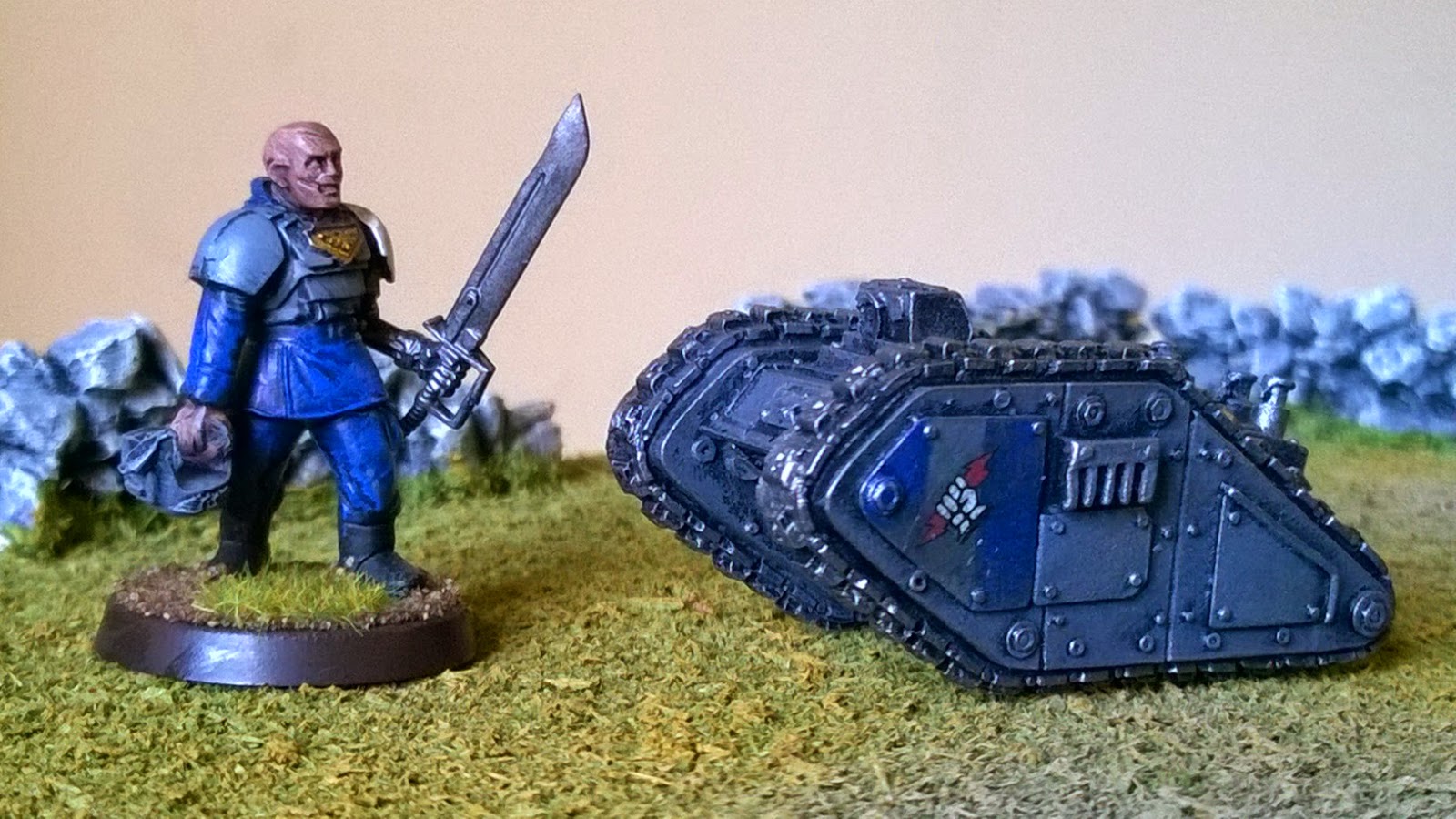 Also, carrying on the 40k theme of this blog, my club blog has few photos of the two games that were played last Wednesday including my 2v2 game of 40k. You can just make out my black Ravenguard space marines in the back of one of the last photos; SEEMS
Thanks for reading
Posted by Mike C at 11:00