Dead Man's Hand - Down Under!

On Friday night I managed to get a game of Dead Man's Hand - Down Under in, using my Kelly gang and my wild west lawmen standing in as state police. We played the No Rest For The Wicked set of games just to see how the Kelly gang coped and we learned they are nothing like any other gang. 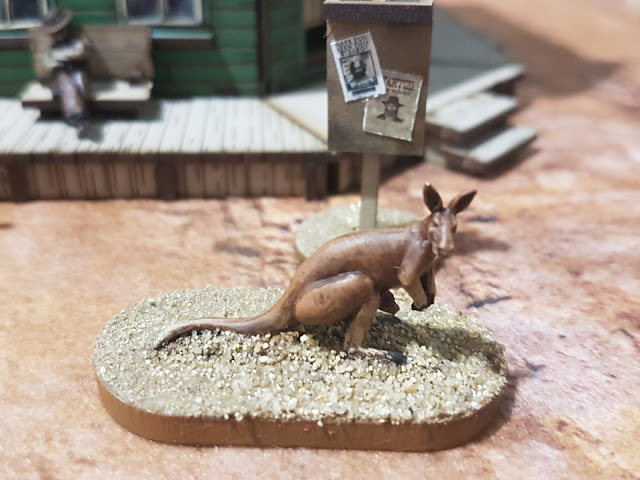 The Kangeroo proved, when questioned, that we were playing in Australia and not the US. Figure from Eureka Miniatures. 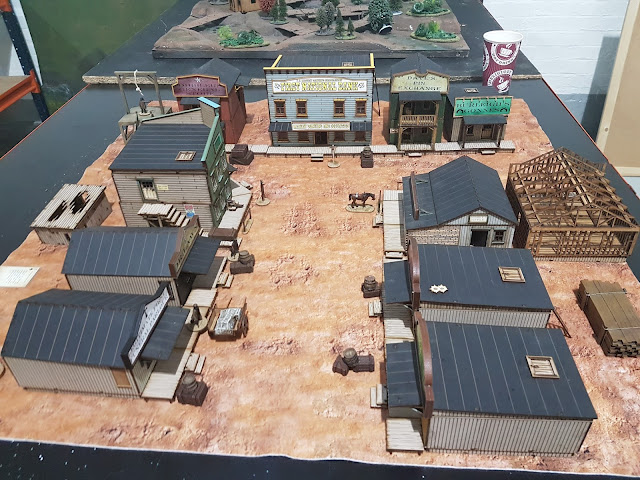 We used the same set-up for all 3 scenes just to keep it quick and flowing, making sure we left off the American looking cacti. My newly finished Bank is in the background. 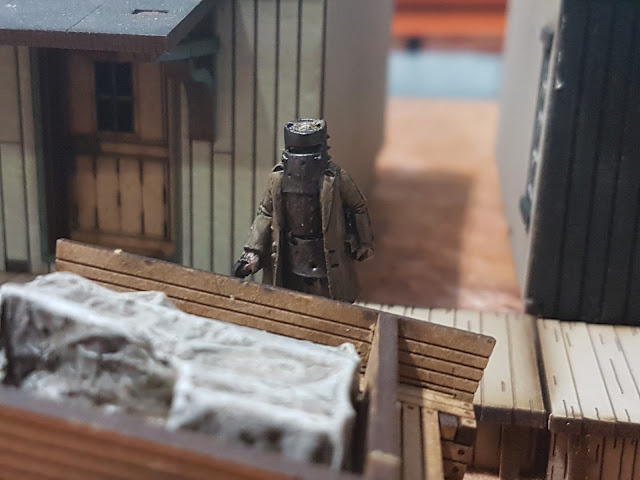 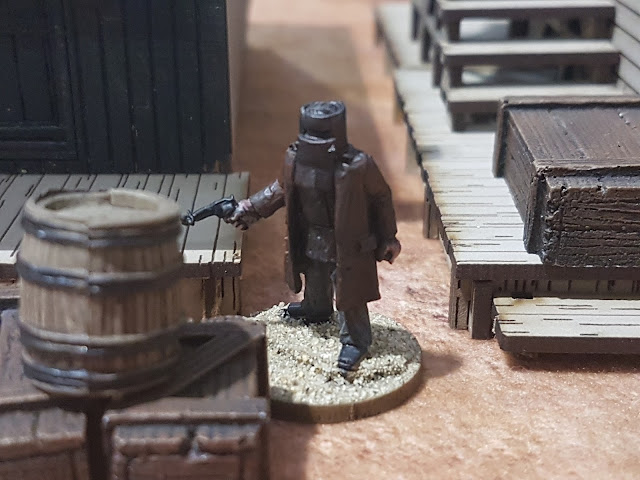 From playing 3 scenes with my mate using the Kelly gang we learned a few key things; The Kelly gang are hard, ignoring instant kills is a big deal. The Kelly gang losing an action each time is also a massive deal, my state police were able to run rings around them, or as both sides were just using pistols, if I had a couple of guys holed up in a building I could afford to wait and let him move a Kelly member in, knowing that he would only have 1 shot left, while I could respond with 3 per guy that survived.
Every scene became a bit of a slog for the state police, when you can be instantly killed by a good shot, but he can't, you have to be a bit more careful, plus if Ned is on the board, you know they won't be running away either.

The image below was shot after the Kelly gang member calmly walked into the building using both his moves. The state policeman (sheriff in this case), got 2 hits, 1 of which was a kill shot, as that was downgraded to a hit, the next round the Kelly member shot him twice and took him out of the game. 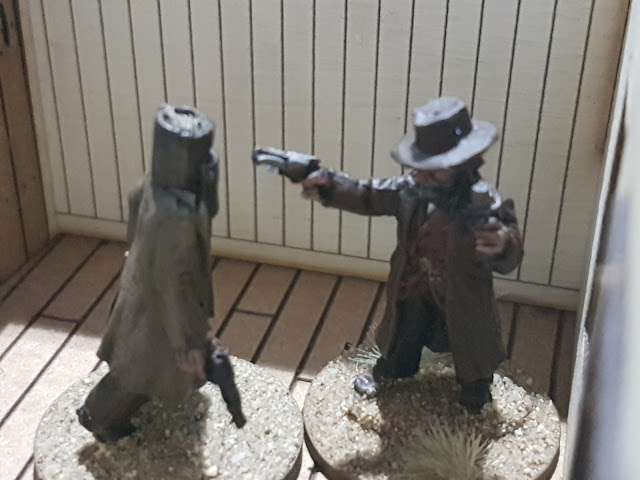 We still have 1 day left of this bank holiday, so there should be a painting post or two fairly soon.

Thanks for reading
Posted by Mike C at 10:13