The continued spread of Fascism

Carrying on from my last post, it is fair to say I have the hobby bug in a big way, 3 weeks off will do that to a guy, so I have some great things on my desk at the sec including another project that I think outdates even my VBCW one.
Before I got too carried away I wanted to make sure my B.U.F got finished, so I could get that fabled game in over the summer. I have now finished the second squad, the Lt and banner, a MMG team and an AT rifle team, which only leaves the tank as my purpose bought B.U.F backlog. 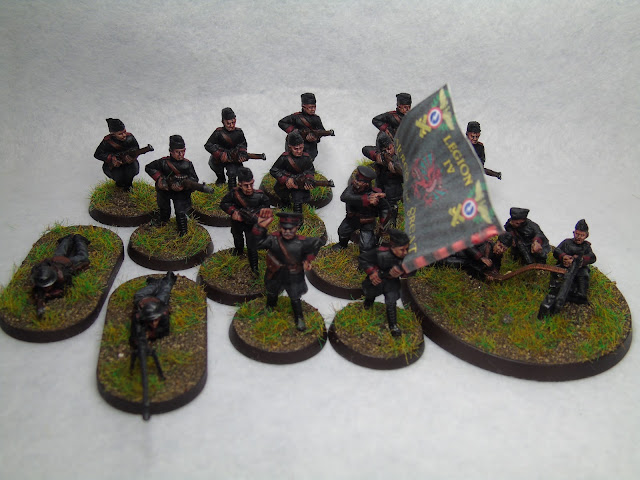 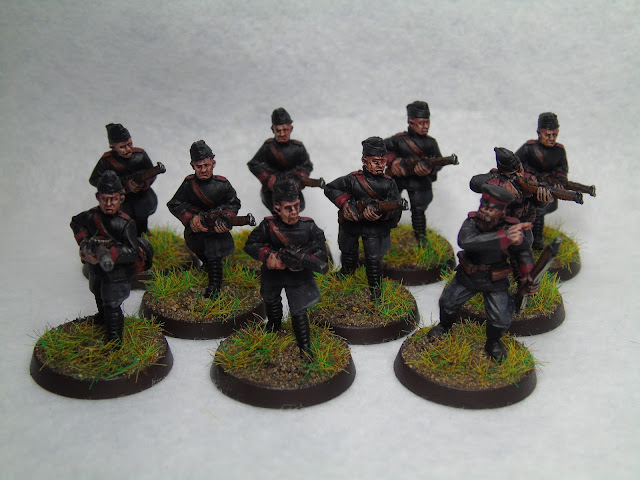 The second squad in all it's glory. Again, the nco is a Russian WW1 officer and the squad has a LMG, but I have also included a SMG. My only real frustration with Footsore Miniatures is how they put their packs together, ideally every time I buy enough rifles to make another squad (and I do need a 3rd B.U.F squad) I would like to be able to buy a LMG and or SMG, but both weapons come in the character pack which includes both the Lt and the banner (neither of which I really want more than a single spare of). This squad for example was supposed to only have a SMG, but as I broke the barrel of one of the rifles I decided to try and convert it into a LMG using a vehicle mounted donor. 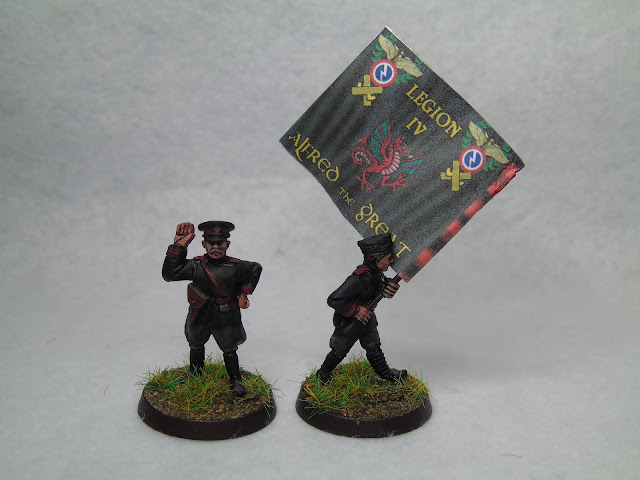 As explained in my last post, this unit are from the Kent based Alfred the Great legion of the B.U.F, so I replaced the banner I made on my first ever post with it. I would like to have a second standard bearer with that banner in the future. 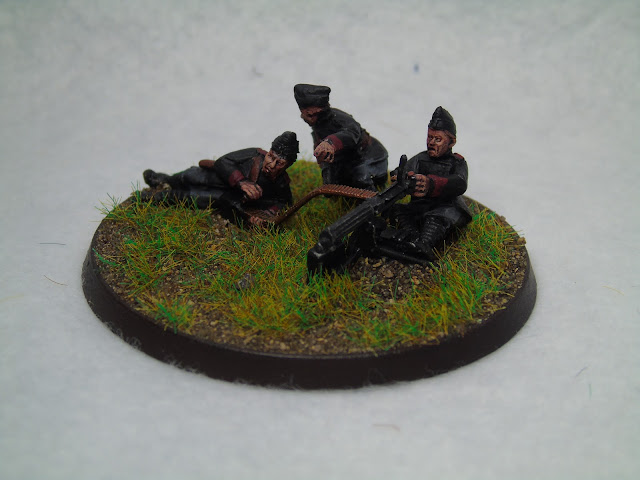 The MMG and AT rifle teams are fairly self explanatory, my Albertines have been receiving some serious firepower over the last year or so, so to make the game even close to being balanced I needed to give the B.U.F some toys too. 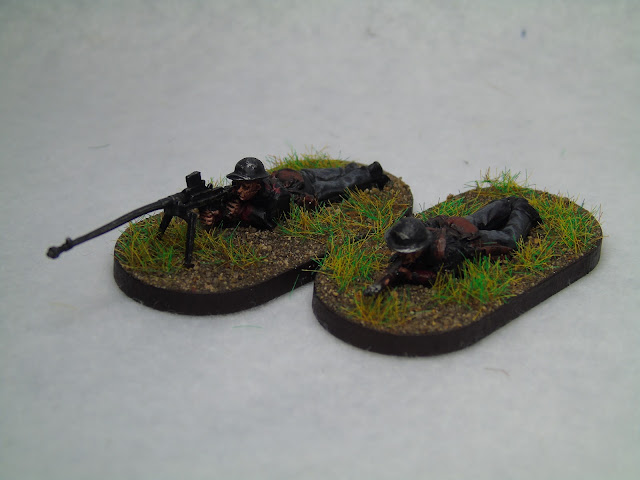 Thanks for reading
Posted by Mike C at 08:55