I joined the hobby at possibly the best time for a 40k player. I was able to get a good couple of years of playing the basic armies before Forgeworld really became mainstream and the power creep became a massive thing. Super-heavy tanks existed but no-one my age could afford one, titans in 28mm 40k weren't a reality until the first Games Day I went to and vehicle design rules in White Dwarf let you convert standard tanks to your hearts desire. As a kid learning how to paint, play and get your head around the hobby, this was great, but there were always a couple of kits that the baby Forgeworld did that you just looked at and drooled, swearing that one day you would own that.
In recent years, Forgeworld have been dropping their back catalogue faster than you can keep up with it, two of my favourite tanks (Salamander scout tank and IG Destroyer) have both been dropped before I could get my hands on them, so when the Christmas bonus came around I made some mumbled apologies to my very understanding wife and skipped along to the Forgeworld site to grab a few kits that I was worried they might end up dropping. 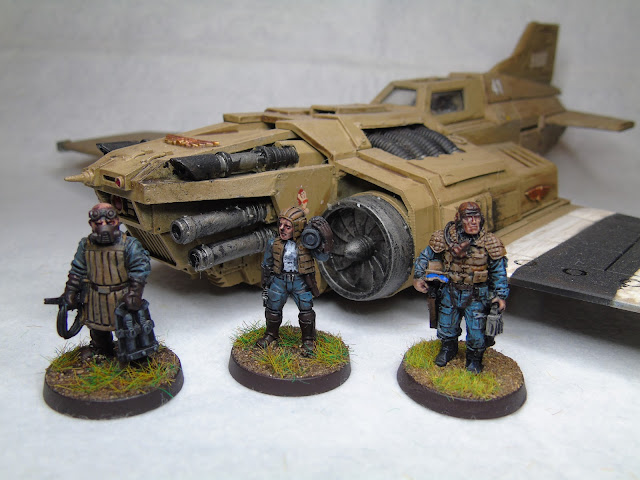 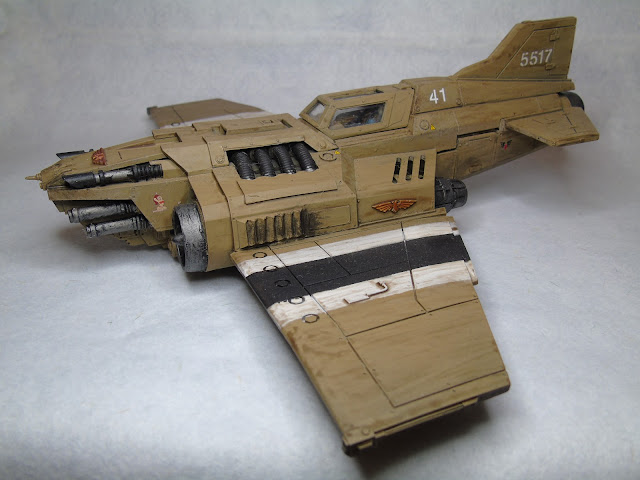 The Thunderbolt heavy fighter is just a stunning model and the Dan Abnett novel "Double Eagle' cemented the idea that I had to own one. The Thunderbolt became one of those painting projects where you end up wanting to put every plane based idea onto a single model, so I had to really limit myself to what I actually did, managing to get this down to just (my version of) invasion stripes and a pin-up girl on the nose. This is, very much, one of those models I would love to say I will get my money's worth out of, but if it sees more than a couple of uses in the next few years I will be shocked, although, we are planning some games where it might actually get to fly! 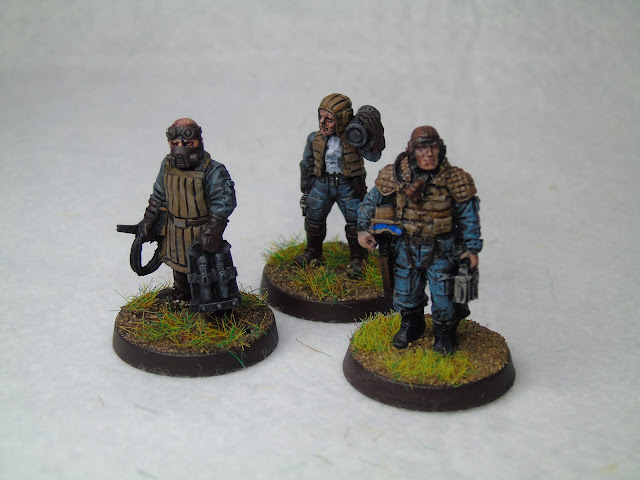 The figures are a different story; the pilot is a Forgeworld event model from a few years back and really is a Thunderbolt pilot (the closest I got to a Thunderbolt at the time), while the ground crew are a few figures I grabbed from Colony 87 Kickstarter. While I didn't actually back the Kickstarter itself I understand the guy who ran it just wanted a way to fund some figures he was going to get made anyway and is selling off the back stock to anyone who contacts him, once it is gone, it is gone. Again, all three are painted in a variation of my Hervictus Imperial Guard colour scheme even though they are Imperial Navy, just to keep some coherency in my armies.