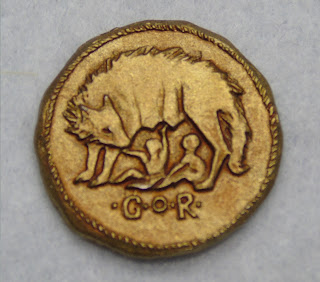 With my Hungarian project now finished and my Sons of Horus nearly finished (although I suspect this is one of those projects that will never really be finished) I am looking at what other projects I can get finished quickly or what games I really want to get on the table that I just haven't managed so far, but I am trying not to lose sight of my Gangs of Rome project.
I only have another 30 models to paint for this project, which doesn't sound like much but as it is another list of models without a uniform I don't want to rush it and end up with models I don't like once it is finished, so I want to take my time and paint a model every time I get inspired, rather than force a finished project. However, saying that I still want to see this project moving, and this is what I have achieved recently.

First up is another base of mob, I kept to my rule of trying to paint as many of these as I could before I started on my gang members, knowing full well that once my gangers are painted the mob would fall by the wayside. These batch is a green batch, following my group painting rules and I plan to include at least a single gang fighter in each mob painting batch to help the project move along a bit more. 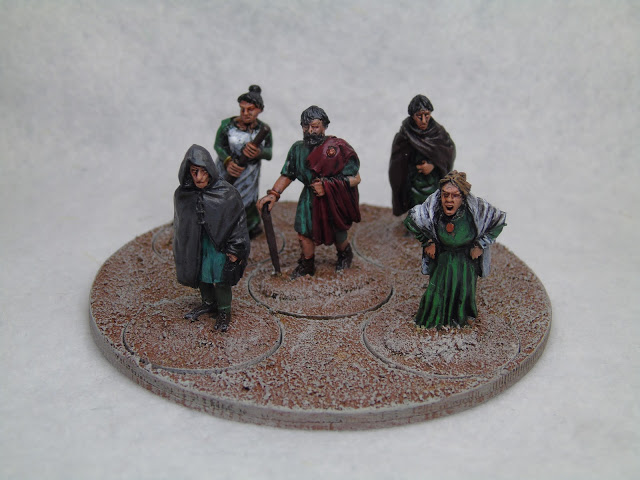 Next up are my first two fighters, I have kept the colour schemes really simple on these two just to make sure I have some models finished and help with motivation. These two are (left to right); Faustinus and Metella - pre-named as per their cards. Faustinus has a white streak in his hair from an old head wound and Metella is a branded thief. 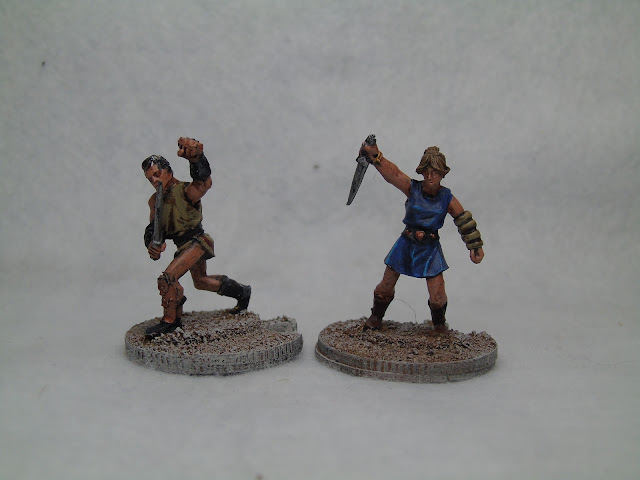 While I was going through my gang members trying to get some inspiration on who to build/paint next and what I wanted them to look like, I had a proper look at one of the Dominus figures and felt that it would be a great quick model to paint, so he jumped the queue pretty spectacularly. Again, a simple colour scheme as I felt it looked right on him. 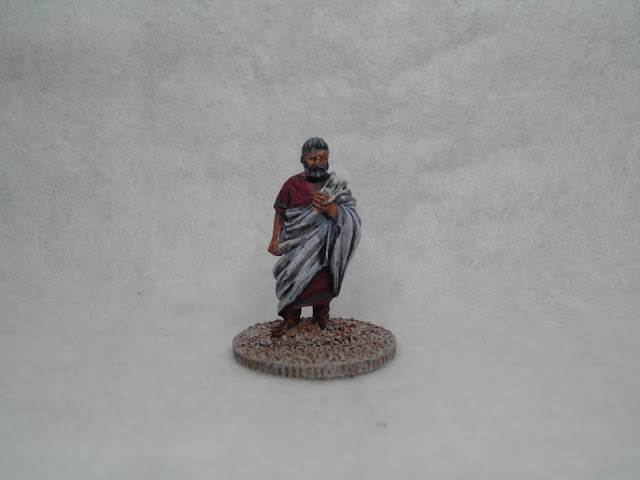 Last up is a weirder one, some scenic bits from Foundry Miniatures. I tried to make them look like veined white marble (although I suspect I was a bit harsher on the veining) but I am pleased with them and think they will look good on a scenic board. 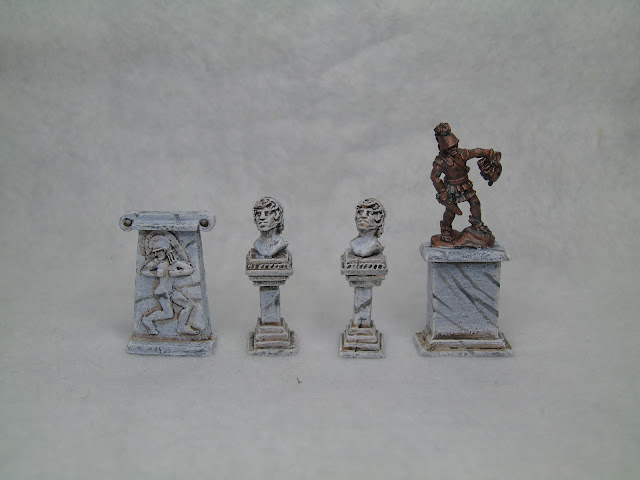 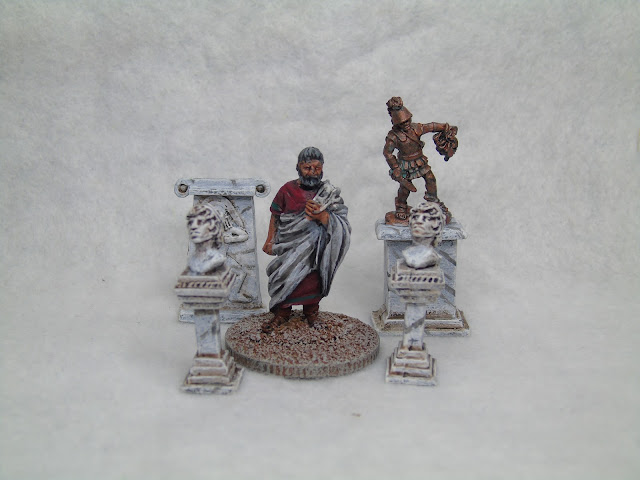 Thanks for reading
Posted by Mike C at 18:44

Email ThisBlogThis!Share to TwitterShare to FacebookShare to Pinterest
Labels: Gangs of Rome