In an attempt to get a game of Age of Sigmar in so that I can really get my head around whether I like the new rules or not, I have finally finished the second battleline unit and my first hero. Both were cheap ebay purchases as they were part of the two army starter set and were click fit rather than multi-part models, but none of that worried me at all. At this point, my minimum army has cost me less than £25, which to get enough GW models onto a board to play a game is basically unheard of. 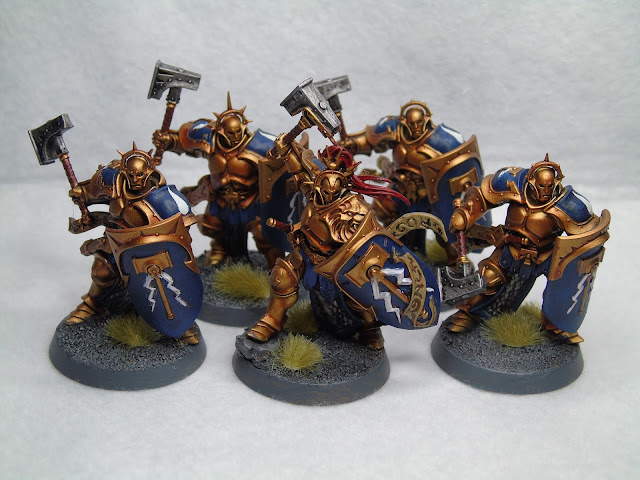 My second unit of Stormcast Liberators. Other than a different colour blood drop on the shoulder pad there isn't much to say about these guys. 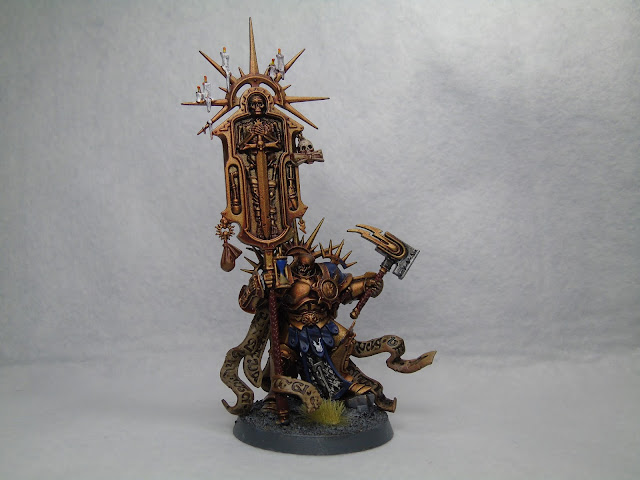 My first hero is a Stormcast Relictor. Basically, the Stormcast version of a chaplain but with slightly cooler fluff - these are the guys who effectively make the Stormcast Eternals, eternal, by catching their souls when they die before the Lord of Death can, then putting them into new bodies and sending them forward again.

Now, the aim is to try and get a game in and then build on my forces if I enjoy it. Oh and find a regular opponent.

Thanks for reading
Posted by Mike C at 08:42