I see you stand like greyhounds in the slips, straining upon the start

As it is the official end of Cavanuary, I thought I had better get back to posting the stuff I had finished before the month started. I've still got 3 units of various horsemen on my painting desk, so I don't plan to end Cavanuary but it's the end of the artificial posting period.
So this time I have my second unit of late 100 years war English men at arms (again, expert foot sgts in Lion Rampant), a second unit of English archers and a unit of English Knights (Men at Arms in Lion Rampant confusingly). I've added the metal command figure from the last infantry post to act as the Leader. 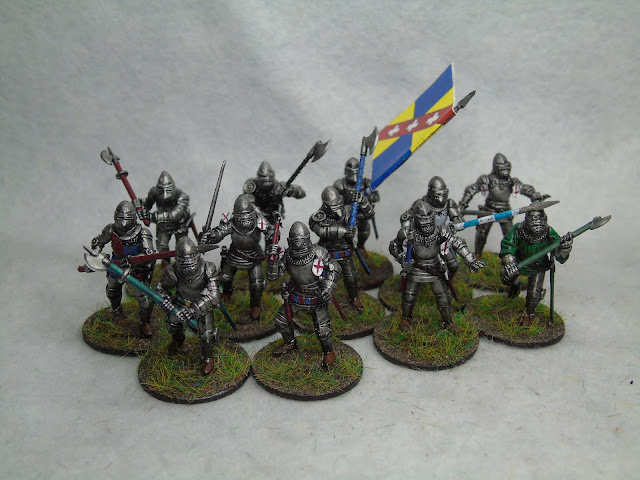 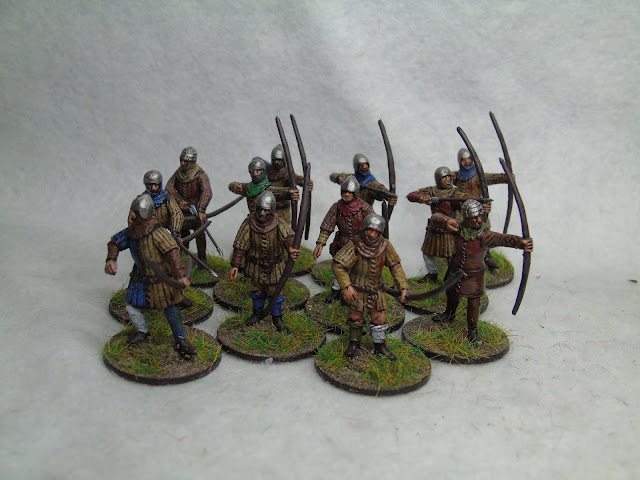 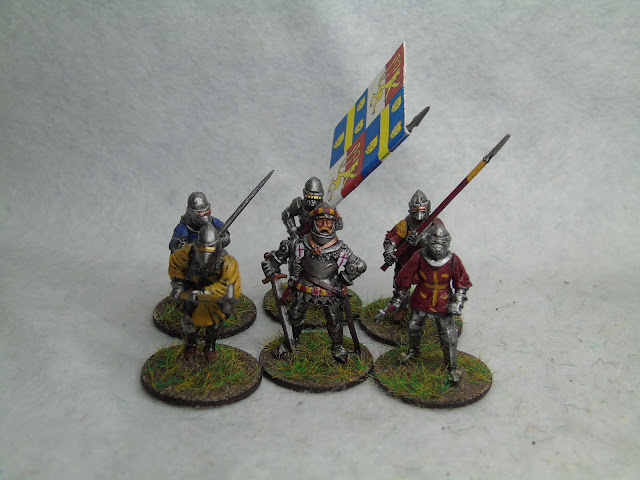 So with the minimum English army finished, I had better get back to the other side - who are also pretty close now.

Thanks for reading
Posted by Mike C at 07:07